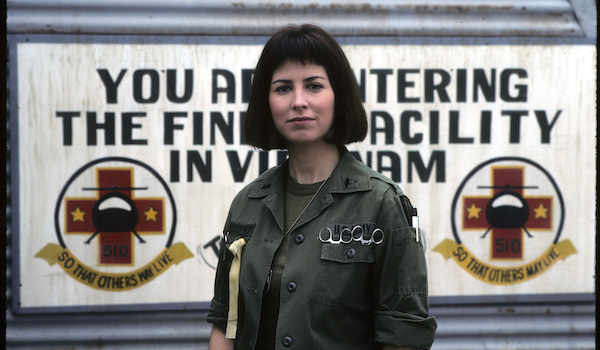 Who here remembers China Beach, the late 1980s/early 1990s TV show set in a US army medical facility in Vietnam during the Vietnam war? Trystan has her M.A.S.H., I’ve got my love for China Beach. Someone in my college dorm had the series on VHS (yes, this was the 1990s), and we would all cram on her tiny single bed to binge episodes.

China Beach was set in the late 1960s (episode one started in 1967), and focused on the staff of an American evacuation hospital and Rest & Recreation station on My Khe beach (nicknamed “China Beach” by Americans) during the Vietnam War. In the first episode, we meet Colleen McMurphy (Dana Delaney), an army nurse who has just finished her tour of duty in Vietnam and is about to go home. Over the course of the episode, she changes her mind and decides to sign up for another tour, and over the course of the show’s four seasons we meet various characters, primarily American army personnel — both the doctors and nurses of the hospital as well as the soldiers and others who come through for medical attention and breaks from the war.

Sadly the show isn’t available for legal streaming, probably because of the expense of the music rights (which delayed its release on DVD for decades), although you can purchase it on DVD (why don’t I own a DVD player??) and find it on some Russian sites.  So while I can’t rewatch the show, I can remember it fondly for truly emotional drama that gave me just some inkling of what it might be like to go through such an intense experience. There are some interviews with the filmmakers and cast on YouTube from when the DVD was released, which are pretty interesting.

The show was costumed by Paula Lynn Kaatz and Darryl Levine, who won an Emmy for the pilot episode. Sadly that’s about all I can find out about their work, so let’s just take a wander down memory lane: 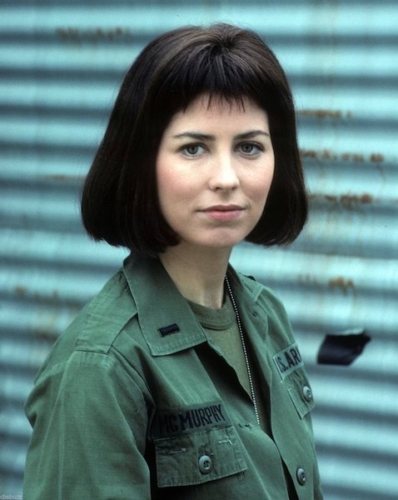 Colleen McMurphy: she’s strong, brave, caring, and like everyone on the show, has her own war trauma to deal with. 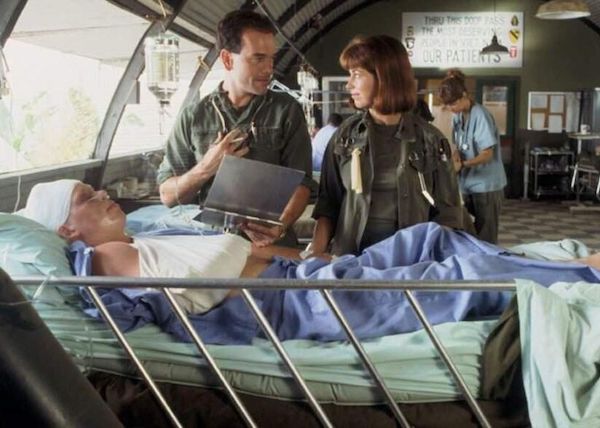 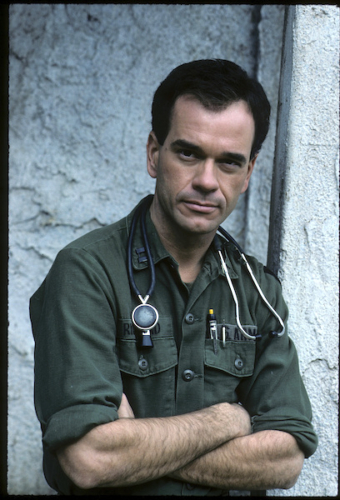 Who is played by Robert Picardo, and I am freaked out every time I see him on Star Trek because he IS his China Beach character to me | Photo by ABC Photo Archives/ABC via Getty Images 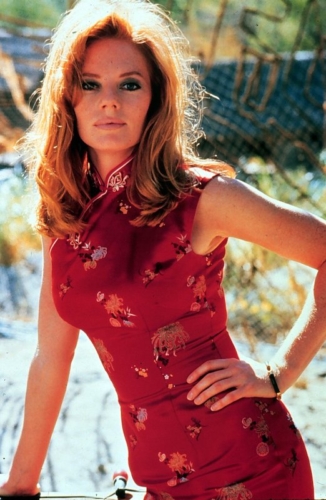 Then you’ve got K.C. (Marg Helgenberger), part-time prostitute who’s always looking out for number one, except… 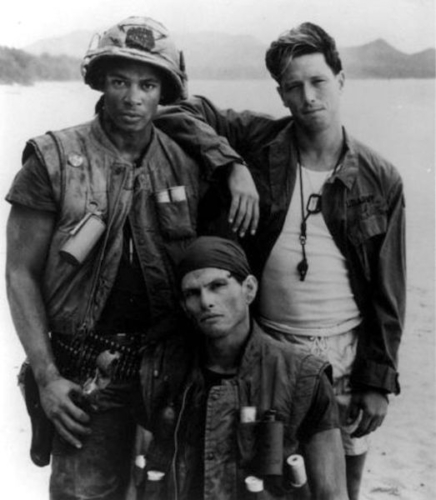 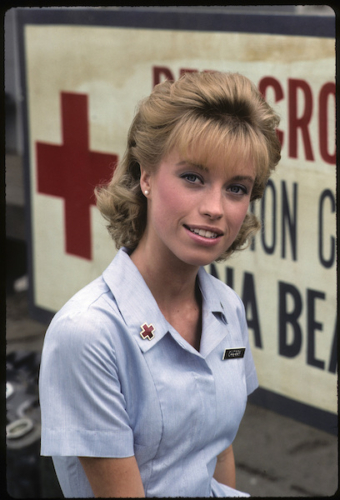 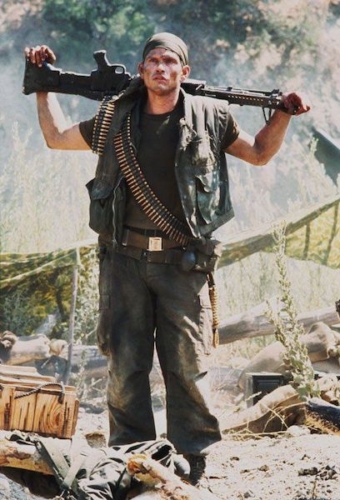 Probably the most compelling character is Dodger (Jeff Kober), a soldier wrestling with PTSD who comes in and out of the hospital/station. Watching McMurphy try to help him with his emotional wounds has stayed with me to this day. 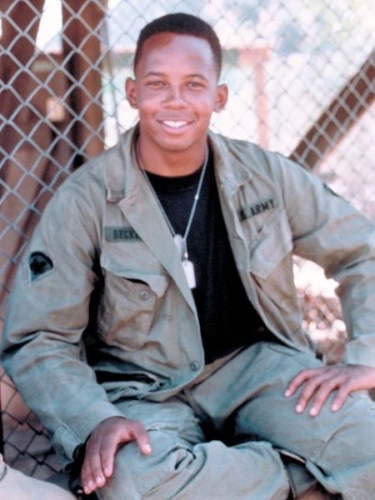 Samuel Beckett (Michael Boatman) has to deal with racism and death constantly. 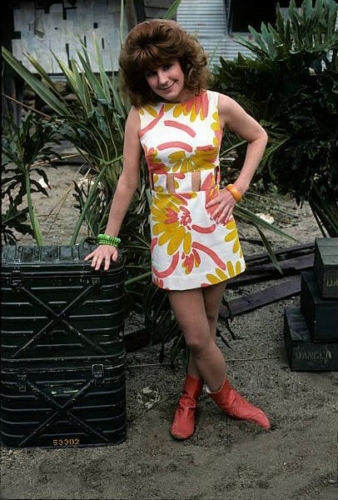 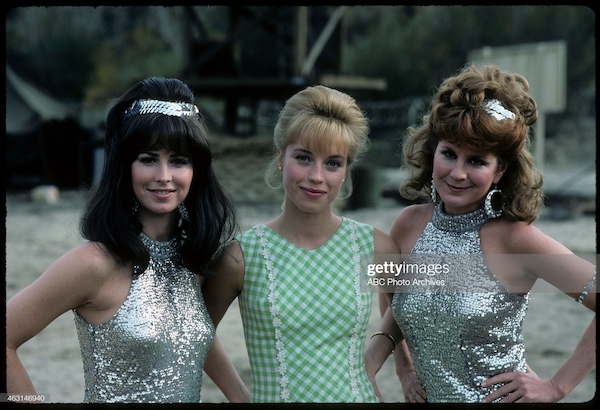 In part of that episode, she loses one of her backup singers and enlists McMurphy to join her act | Photo by ABC Photo Archives/Disney General Entertainment Content via Getty Images)

Which leads to this wonderful scene, which is immediately followed by an attack and the harsh realities of the hospital’s work: 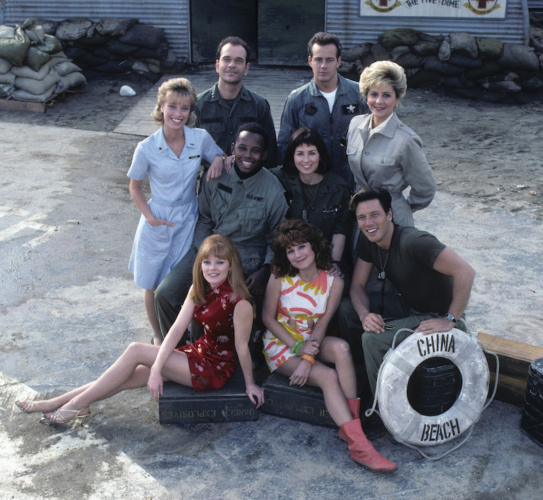 Core cast members from season one.

If you can get your hands on an episode or season of China Beach, watch it. You’ll be glad you did!

Did you catch China Beach and remember it as fondly as I do?