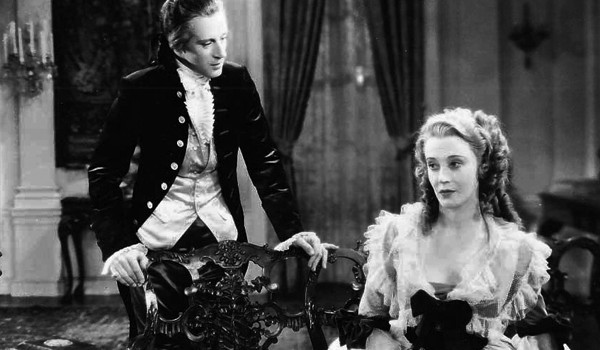 If this were an Amazon.com review, it might be “if you liked Outlander, you might like Berkeley Square,” because it’s an earlier take on traveling back in time and getting mixed up in historical affairs, not the least of which is a romance. The modern story takes place in 1933, when Peter Standish arrives in London at his ancestral home, Berkeley Square, from America. He travels back to 1784 and takes the place of his ancestor Peter Standish, also an American (who fought in the Revolutionary War), who also arrived in London at Berkeley Square, where he intended to marry a distant cousin.

It’s a strangely dark and melancholic tale that tries to show some of the complications of time travel that often get glossed over in fiction. Leslie Howard is gorgeous and sets the right tone — he was nominated for the Best Actor Oscar for this performance. The costumes are Hollywood-ized 1930s-does-18th-century, with some interesting chemise a la reine gowns among the generally accurate silhouettes and odd fabric choices. The women’s hair is very 19th century, and the men’s varies wildly, but it’s not too distracting. 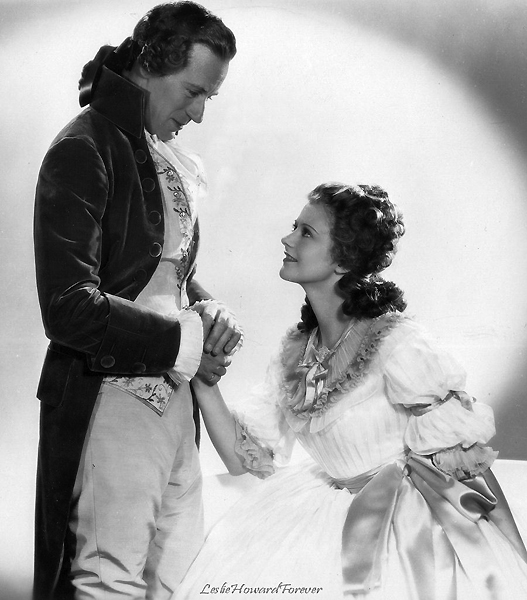 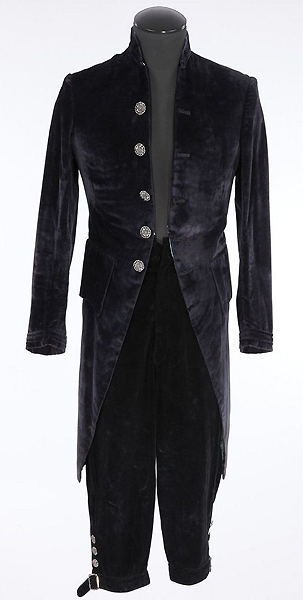 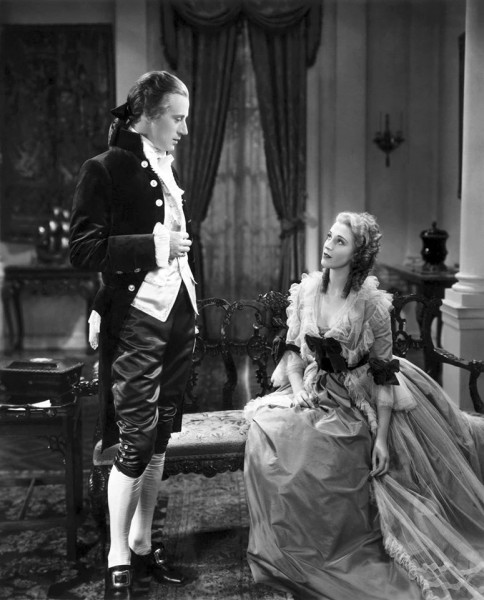 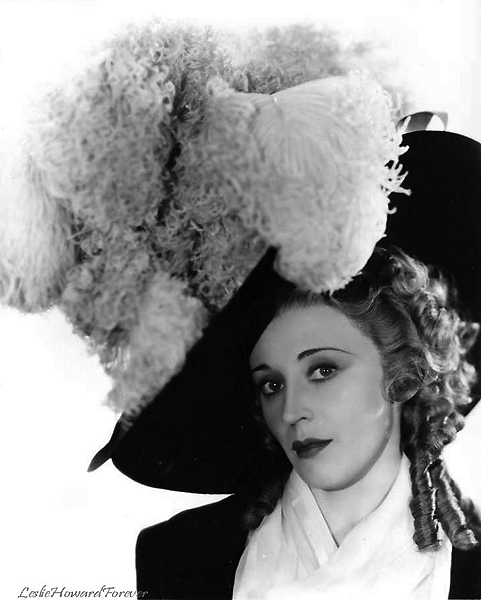 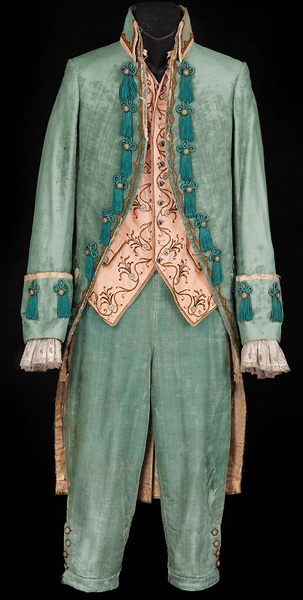 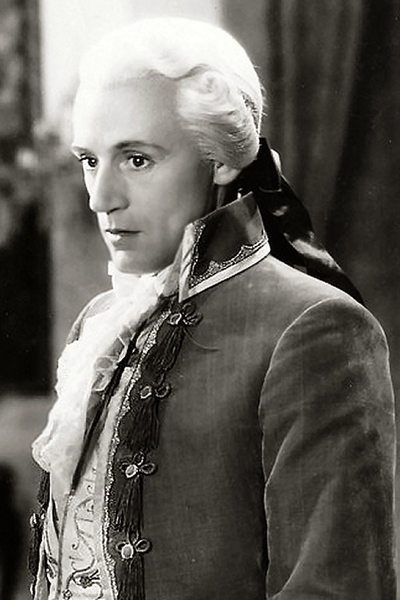 The green suit, as seen in the film. 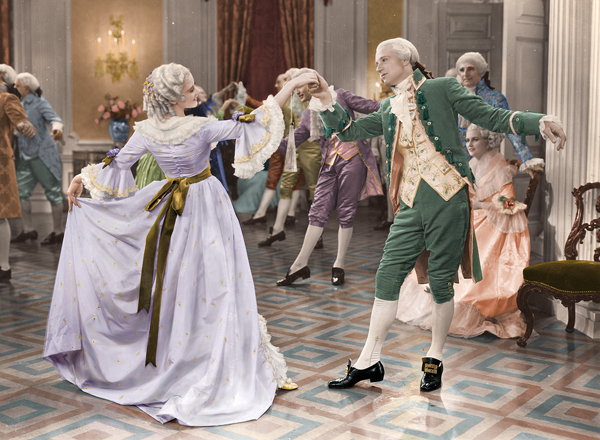 Colorized version of the ball scene.

He’s supposed to be talking to the Duchess of Devonshire there. 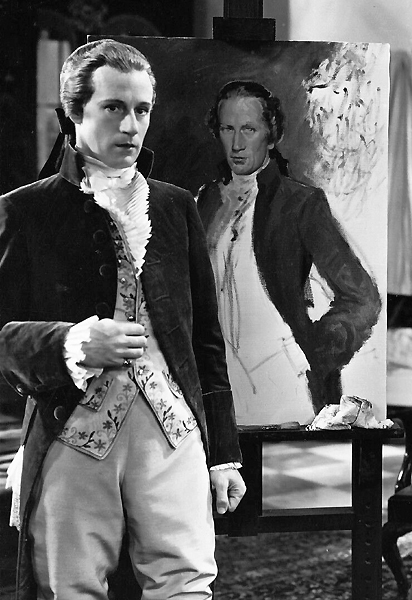 The embroidered waistcoats he wears are a nice 18th-c. nod.

Thanks to Leslie Howard Forever for the animated GIFs (I’m kind of amazed there are Tumblers for this old stuff).