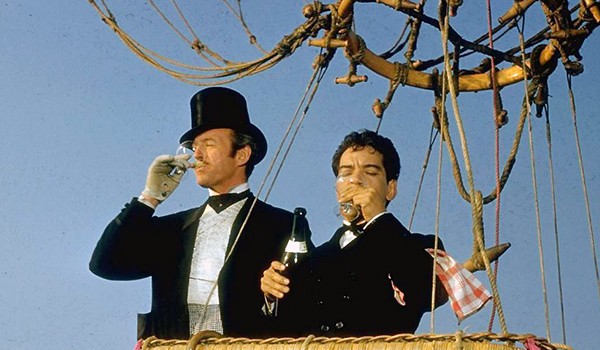 Some books are better imagined than made into a movie. You might think that Around the World in 80 Days would be fantastic on film — take the exciting 80-day journey of Victorian gentleman Phileas Fogg and his manservant Passpartout and go to all the actual locations around the world! In glorious technicolor! The thrills! The chills! And this production did film in 112 locations in 13 countries, showing a 1950s American and British audience more of the world than they probably ever had seen. It’s kind of like a three-hour “It’s a Small World” ride, but without the singing (and I love the singing!).

And like that Disneyland ride, Around the World in 80 Days suffers from the cultural imperialism of the era it was made. Fogg’s stuffy fixation on doing things the way they’ve always been done feels like  a reflection of 1950s conformity and regimentation more than a historical look at the Victorian British Empire. Every place he visits is treated as wholly “exotic” and “other,” and most of the main characters look down their noses at the “savages” they are forced to interact with at times. Even the Indian princess Aouda is barely tolerated, and, oh yes, she’s played by Shirley MacLaine, of all people. For that matter, over 40 famous performers made cameos, including Marlene Dietrich, Frank Sinatra, Noel Coward, Charles Boyer, Ceasar Romero, and John Gielgud (pre “Sir,” natch).

The book and the movie take place in 1872, and Fogg’s costumes are standard-issue Victorian. Aouda gets a shifting wardrobe of exotic-through-1950s-eyes, starting with her “native” Indian garb. She changes in Hong Kong to “Chinese” clothes, wears bustle-gown-with-Indian-accents for the tour through the United States, and switches back to her Indian outfit in London. It’s rather haphazard.

Read the book. It’s charming and suits the period in a way that probably can’t be translated today without being somewhat offensive. 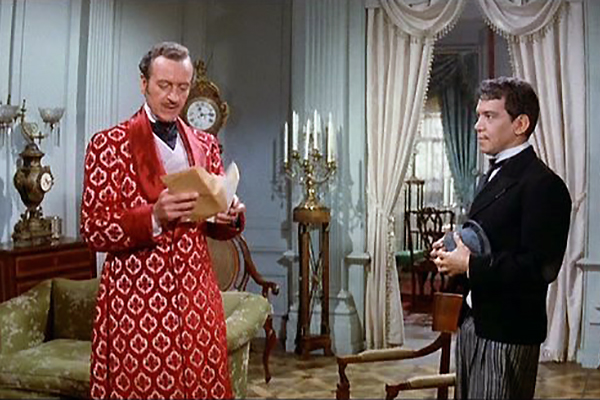 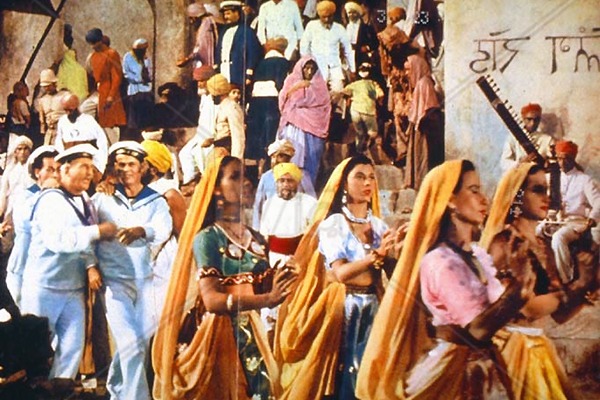 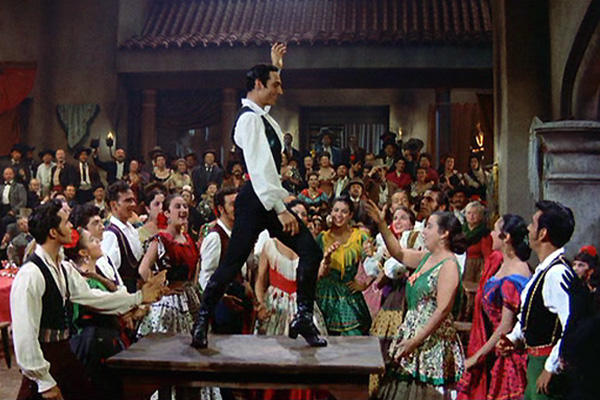 Spain, where people break out into flamenco at a moment’s notice. Uh huh. 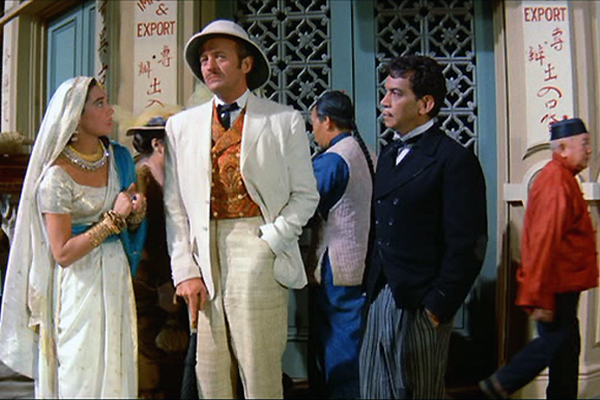 Arrival in Hong Kong, Aouda still in her own clothes. 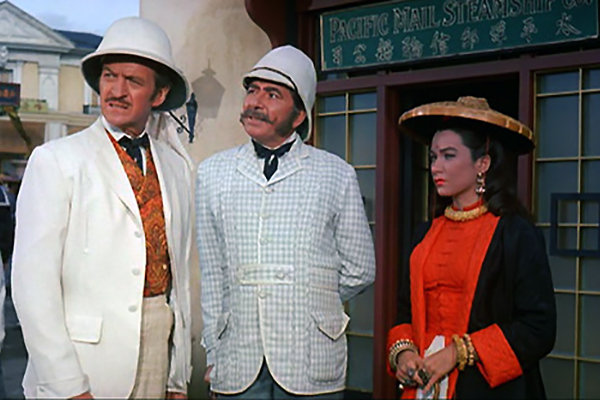 Hong Kong. Aouda “blending in” with the locals. 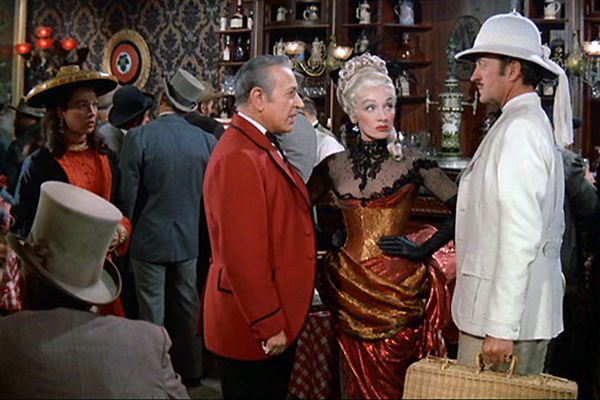 San Francisco in the 1870s, nailed it. (That’s Marlene Dietrich as the ‘madam’ or whatever she’s supposed to be dressed as; she flirts with Fogg while she’s reading a book.) 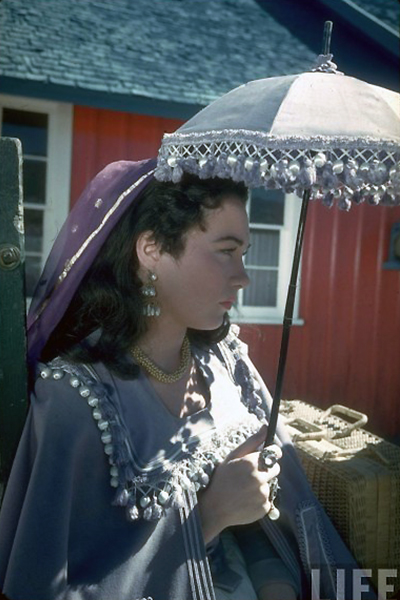 The Victorian outfit with an Indian veil is actually a nice touch. 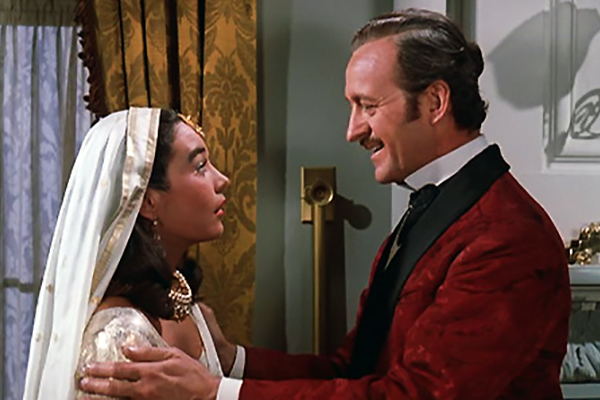 This relationship isn’t weird at all.