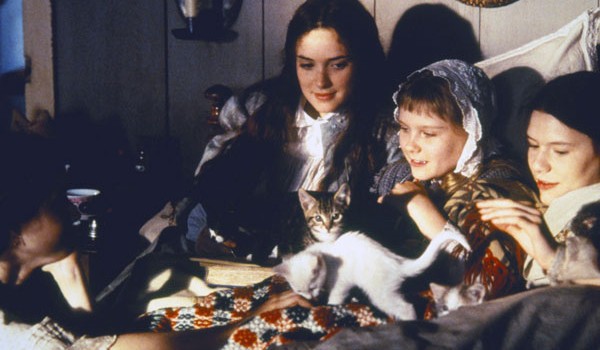 Yet another version of Louisa May Alcott’s classic novel Little Women, first published in two volumes in 1868 and 1869, hits American TV this weekend. PBS Masterpiece airs the three-part miniseries version, which premiered in the U.K. last Christmas time.

Since there’s no spoilers in classic literature just like there aren’t in history, we’re gonna #ThrowbackThursday to all the versions of Little Women that have already been filmed. At least the ones I can find pictorial evidence of! So let’s compare and contrast, why don’t we? 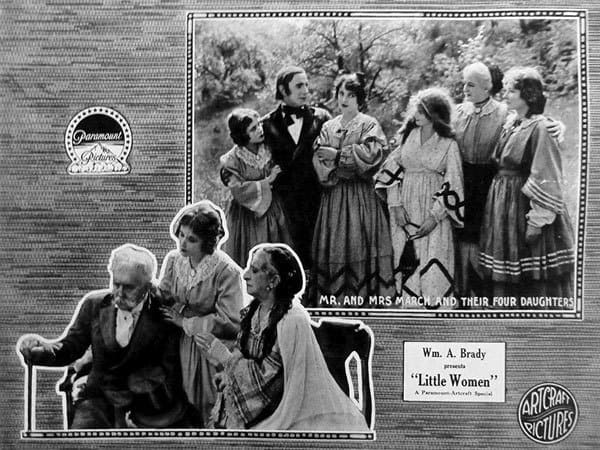 Dorothy Bernard is Jo, Isabel Lamon is Meg, Lillian Hall is Beth, and Florence Flinn is Amy. For a touch of authenticity, it was filmed in and around the Alcott family home in Concord, Massachusetts. 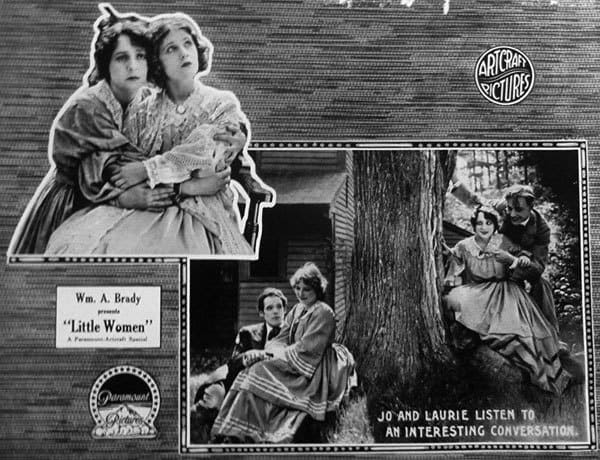 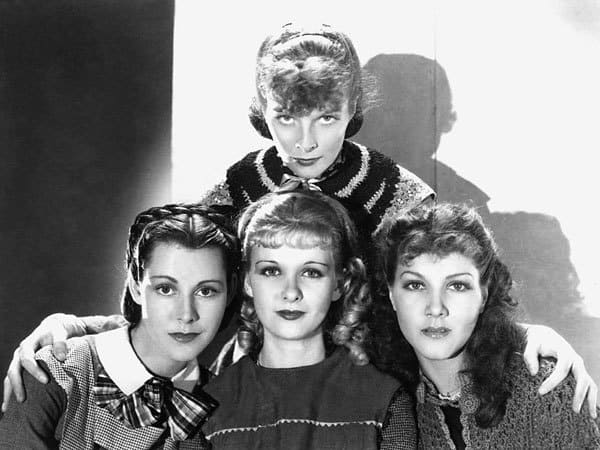 Katharine Hepburn as Jo, Frances Dee as Meg, Jean Parker as Beth, and Joan Bennett as Amy in this first big Hollywood version. Costumes by Walter Plunkett include a dress for Hepburn copied from a tintype of her maternal grandmother. 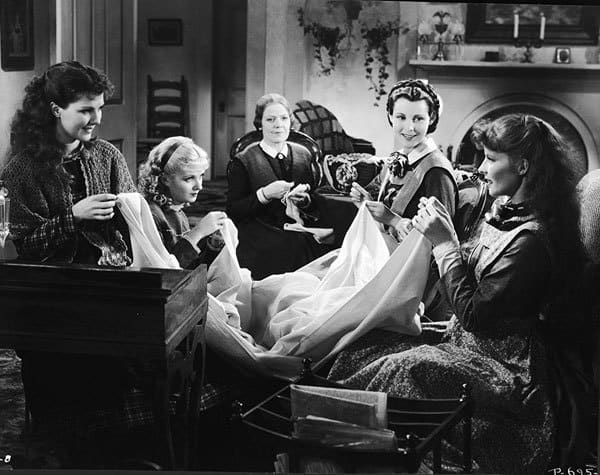 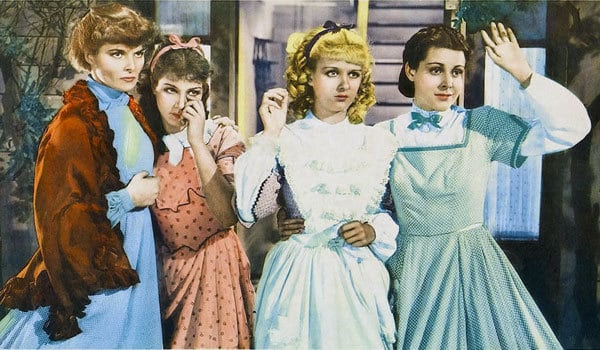 And a colorized still so you can see that Amy is blonde! 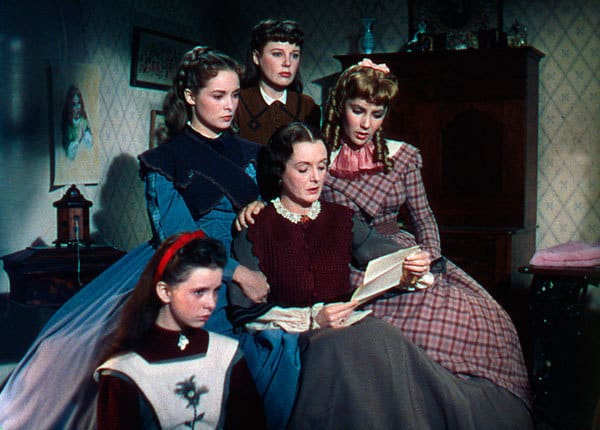 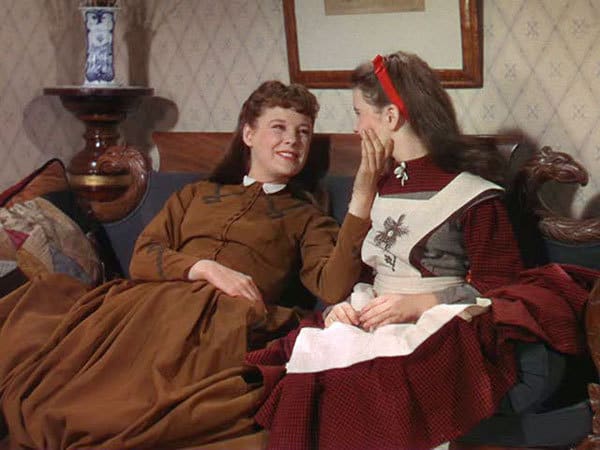 Allyson is a spunky Jo. 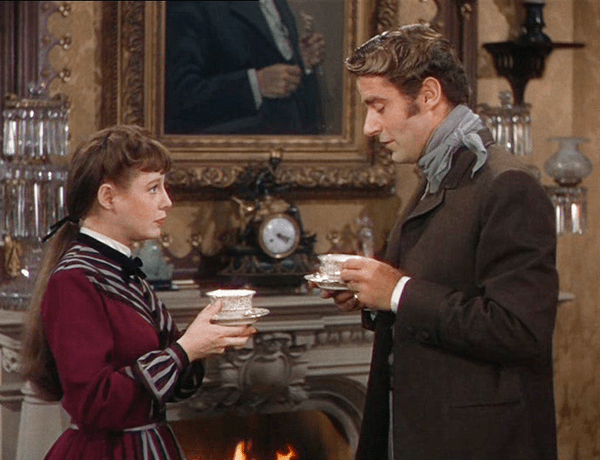 Who spars with Peter Lawford’s Laurie. 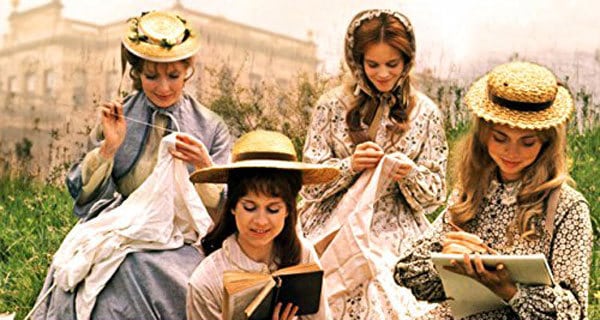 Angela Down is Jo, Jo Rowbottom is Meg, Sarah Craze is Beth, and Janina Faye is Amy in this nine-part BBC series. There were several TV adaptions in the ’50s and ’60s, which have been lost, and this was the first major TV version. 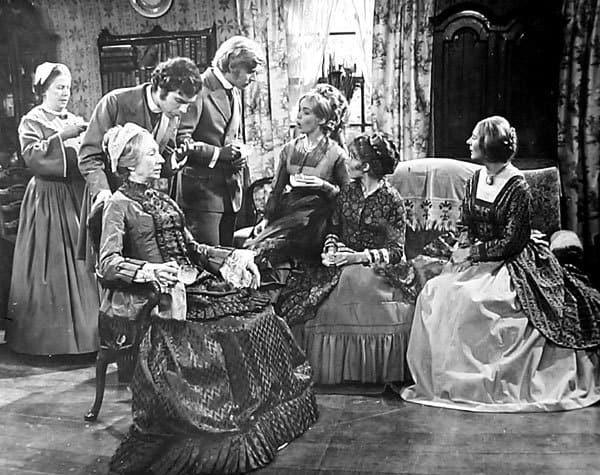 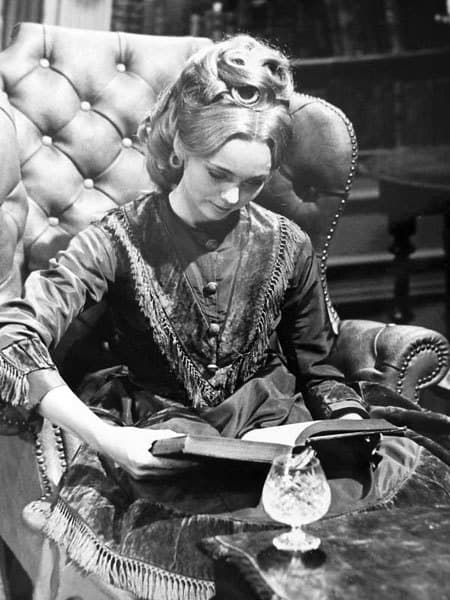 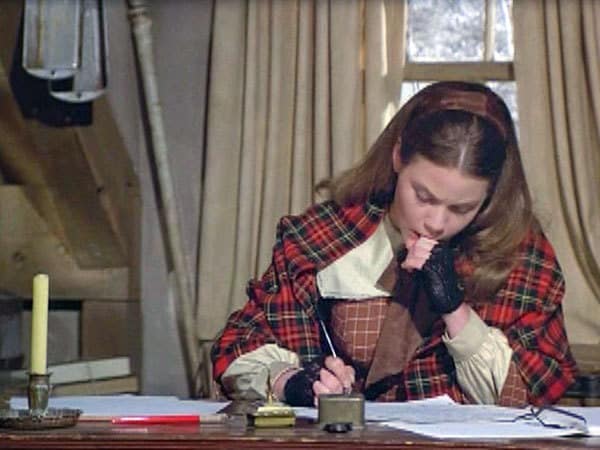 Susan Dey plays Jo, Meredith Baxter Birney playsMeg, Eve Plumb plays Beth, and Ann Dusenberry plays Amy. Americans who watched a lot of TV in the ’70s and ’80s may recognize those actresses from The Partridge Family, Family Ties, and The Brady Bunch, among other things. 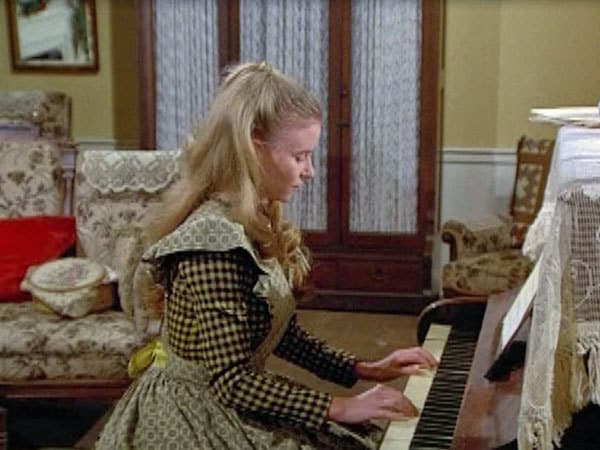 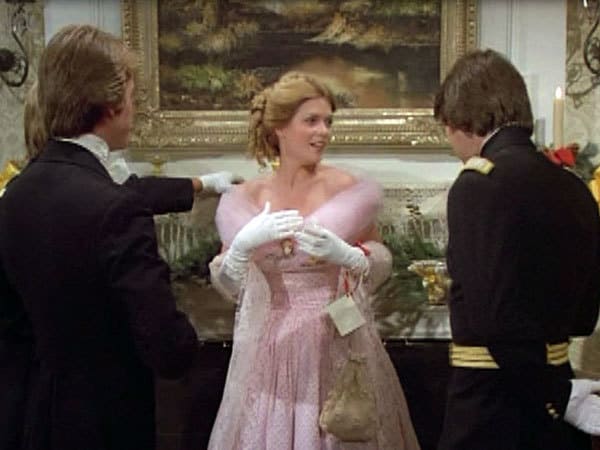 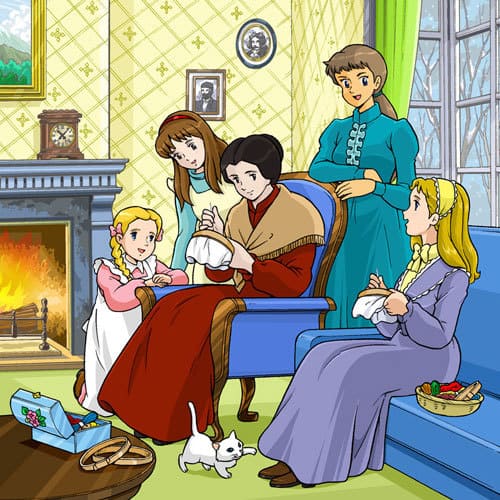 This was apparently broadcast in the U.S., and somebody will complain if I don’t include it! 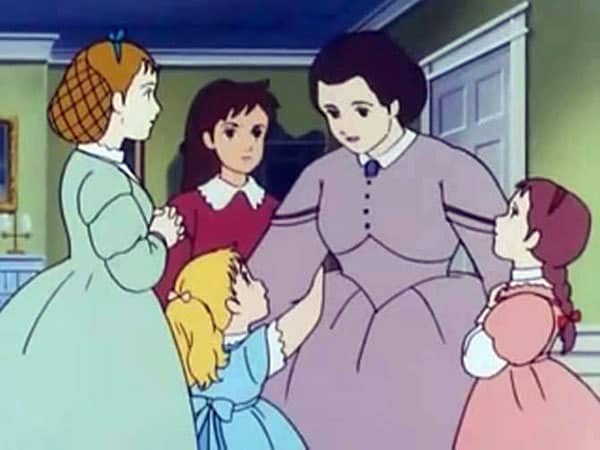 Another animated version, something of a sequel. Just being a completist here. 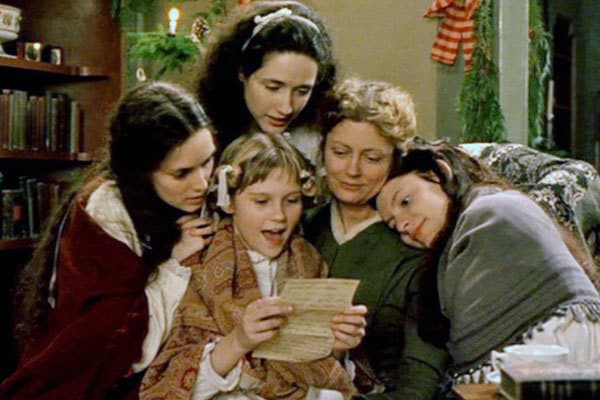 Winona Ryder as Jo, Trini Alvarado as Meg, Claire Danes as Beth, Kirsten Dunst as young Amy, and Samantha Mathis as older Amy. Y’all know this one, if not for the star-power of the actresses then for Colleen Atwood‘s Oscar-nominated costumes. 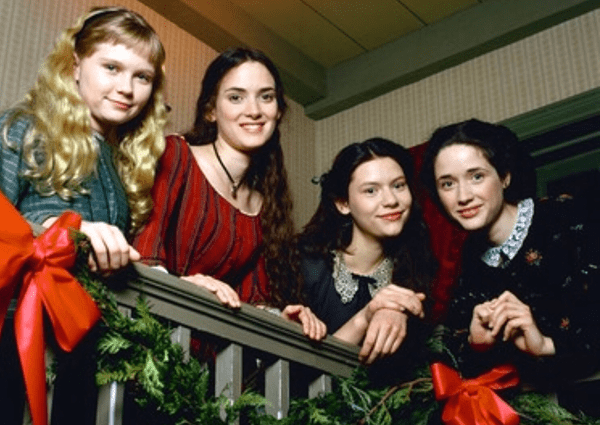 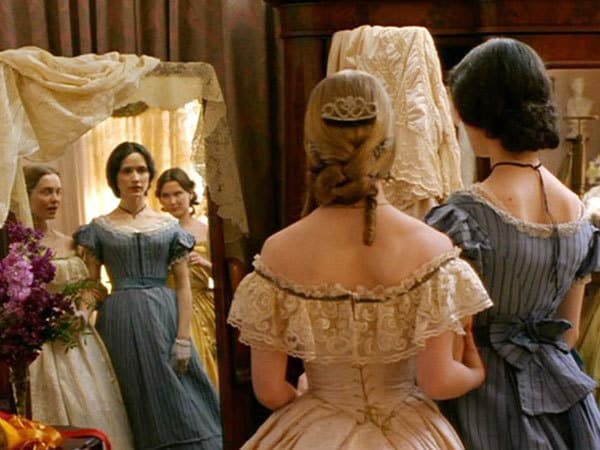 Meg gets jealous (and we get to see pretty gowns by Colleen Atwood!).

What’s your favorite version of Little Women on screen?