This French film tells the story of the wedding of Marguerite de Valois to Henri IV of France (then king of Navarre) and the St. Bartholomew’s Day Massacre, both in 1572. Although the film downplays the role of religion in the 16th century, gives Margot a modern sense of sexuality, and ignores the fact that the massacre was mostly carried out by common Parisians, it still hits the major plot points of the real history. Of course, it is an adaptation of the 1845 novel by Alexandre Dumas, and thus not drawn from historical sources. 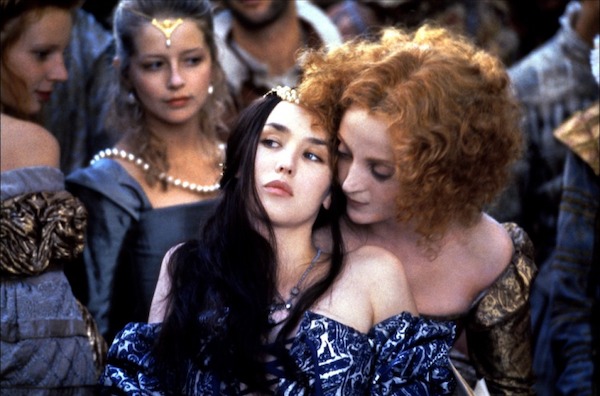