Colette stars Keira Knightley as the famous French author of the Claudine novels, Chéri, and Gigi, among others. She was born Sidonie-Gabrielle Colette (1873-1954), married author/publisher Henry Gauthier-Villars who went by the pen name “Willy,” started writing under his name, then struck out on her own. The film goes from Colette at age 20 (1893) about to marry Willy, through their separation in 1906, and until their divorce in 1910. 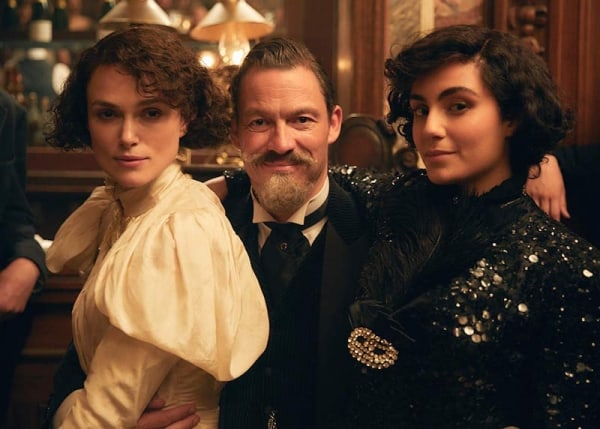