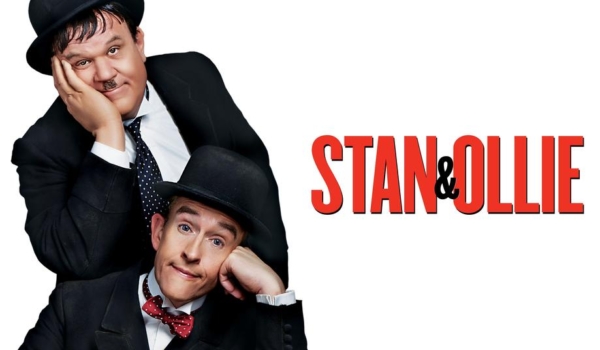 Stan & Ollie (2018) is a biopic about Stan Laurel and Oliver Hardy, starring Steve Coogan and John C. Reilly as the iconic comedy duo at the twilight of their career. There isn’t a lot of our typical sort of costume content in the film because the story is very centered on Laurel and Hardy, but their wives, played by Nina Arianda and Shirley Henderson, respectively, have really good late-1950s costumes. You will recognize Nina Arianda as Vivian Vance from Being the Ricardos (2022), btw, and she’s fantastic as Stan Laurel’s Russian wife, Ida. Shirley Henderson is, as always, simply wonderful.

Honestly, all of the casting in this film is top notch. Apparently the director, Jon S. Baird, had both Coogan and Reilly in mind for the roles of Laurel & Hardy. The costumes were designed by Guy Speranza, who doesn’t have a whole lot of historical flicks to his credit, but who absolutely nailed the mid-1950s in this film. 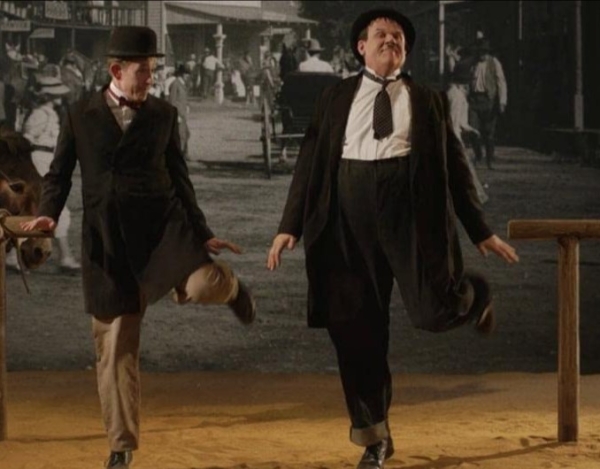 This scene is virtually move-for-move identical to the dance sequence in the Laurel & Hardy film Way Out West (1937). 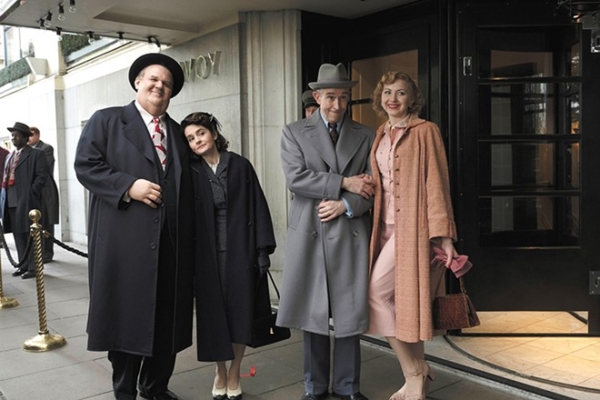 The wives join Stan & Ollie in London at the Savoy Hotel as their tour begins to pick up steam. Nerd that I am, I had to keep pointing out to my boyfriend that I’ve been to the Savoy and hung out at the American Bar multiple times. 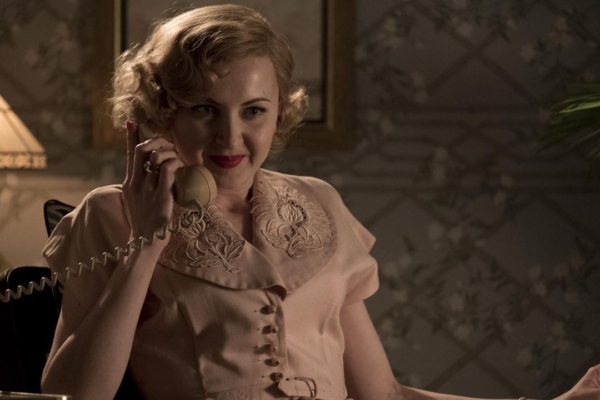 Nina Arianda is fast becoming one of my favorite character actresses. She steals almost every scene in this film with a combination of no-bullshit and fabulous outfits. Her character is actually based on Stan Laurel’s third wife, Vera Ivanova Shuvalova. By the time the events in the film take place, they had divorced, and Laurel was married to Ida Kitaeva Raphael, who was with him until his death in 1965. 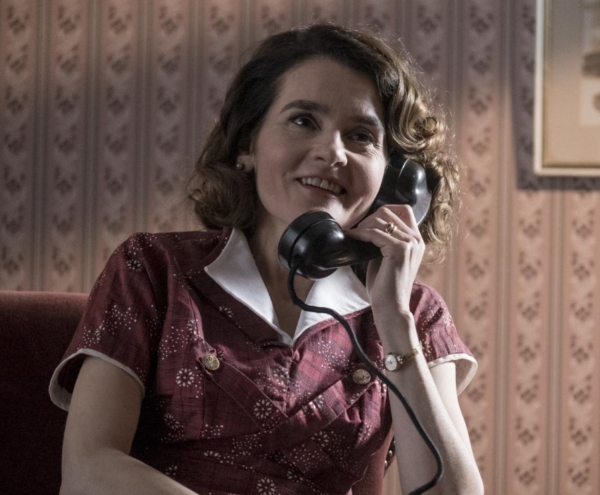 Shirley Henderson plays Lucille Hardy, who is much more down to earth than her counterpart Ida, but who is fiercely protective of her husband who is in poor health. 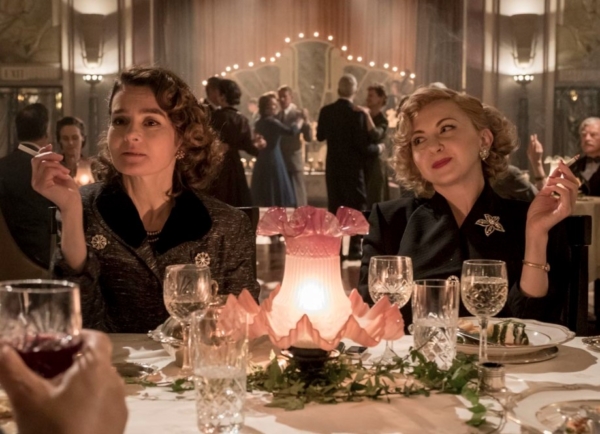 Some of the best scenes in the film are between Ida and Lucille, who apparently can barely stand one another but who are expected to form a united front as the wives of Laurel & Hardy. The actresses have great chemistry in their banter and subtle (and not-so-subtle) digs at one another, but in the end both have great respect for one another and their respective partners. 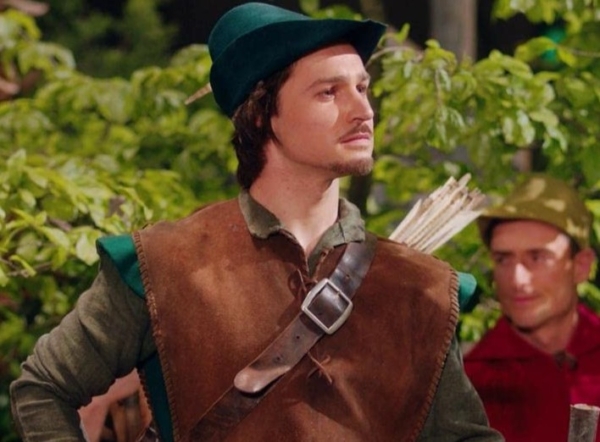 Special mention goes to this guy, who is literally in one three-minute scene, but who is a really good look alike for Errol Flynn.

If you’re looking for an easy going, light-hearted period film that has a nice, uncomplicated storyline, definitely check out Stan & Ollie.