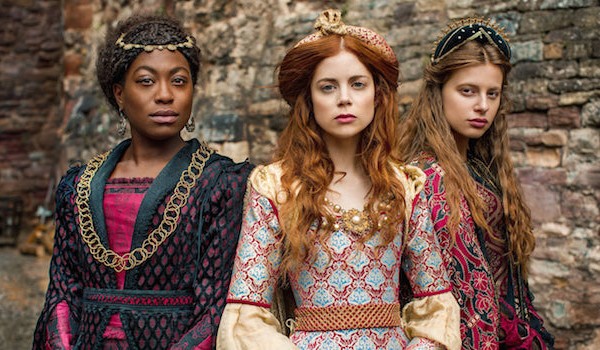 “A mythical account of the life of Buddy Bolden, the first Cornet King of New Orleans.”

Tell It To the Bees

The Spanish Princess (on Starz)

Philippa Fucking Gregory. Catherine of Aragon. We’ll be recapping this, so strap in! Costumes by Phoebe de Gaye.

The Professor and the Madman

A professor begins work on the first Oxford English Dictionary in the 19th century and receives over 10,000 entries from a patient at a lunatic asylum. Yes, but it has Mel Gibson, so, ugh. Costumes by Eimer Ni Mhaoldomhnaigh.

J.R.R. Tolkien, a lovelorn soldier on his return from World War I, creates the fantasy series “The Lord of the Rings.”

The Name of the Rose (on AMC)

TV series based on Umberto Eco’s novel following a medieval monk investigating a series of murders. Costumes by Maurizio Millenotti.

Full-length film based on the TV series, ‘Deadwood.’ Costumes by Janie Bryant.

Biopic of Thomas Edison and George Westinghouse set in the late 1880s. Benedict Cumberbatch stars. Yes, Virginia, this is FINALLY getting released after years of being caught up in the Harvey Weinstein scandal.

A feature film continuation of the TV show (so, set in the 1920s). Costumes by Anna Robbins. We’ve still only got the “sneak peak” which really doesn’t show much of anything.

The story of Joan Stanley, who was exposed as the KGB’s longest-serving British spy. With Judi Dench. Costumes by Charlotte Walter.

Which upcoming movie or TV show are you most excited about?