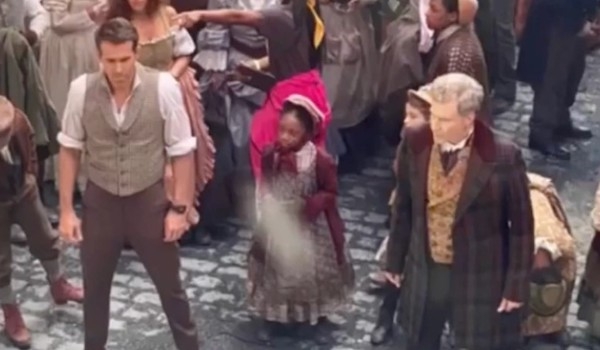 This morning, as is my ritual, I sat down to do my cursery scroll through my Facebook feed, with my cup of coffee in hand, mentally cursing the algorithm for never showing me anything I want to see. I flicked through ads, three-day-old status updates from people I had no idea how I knew talking about the grilled cheese sandwich they had for lunch, and the usual political outrage posts from Boomers and Millennials alike screaming into the void about things that none of us have any control over, and you know, it all just bums me out so much. I hate that this is what the internet has become, and it’s my generation that basically did it to everyone. We reaped the wealth of the global knowledge pool and decided to dumb it down for profit. Sorry, humanity. Nothing good comes out of social media. I’ve deleted my Instagram and the only thing keeping me tethered to Facebook is Frock Flicks and the disgruntled habituality of logging in and becoming outraged about something first thing in the morning.

Me, swearing off Facebook and then logging into it 5 seconds later.

But today, the algorithm actually delivered me something that made me smile AND was relevant to my interests. A friend shared this clip of Ryan Reynolds singing some TikTok challenge thing, and even though I always leave the audio off on videos due to the overwhelming likelihood that they’re going to just annoy me, something compelled me to turn up the volume. And I was not disappointed.

After re-watching the clip a couple of times, I realized that Will Ferrell and Reynolds were wearing what looked like Victorian waistcoats, which meant that this also just became relevant to this here blog. Interest piqued, I started digging around on IMDB and discovered that they had just wrapped on a Spirited (2022), a musical reimagining of Charles Dickens’ 1843 novel A Christmas Carol, slated for release later this year. I guess I had missed the hype last summer when it began filming, largely due to the fact that I am mostly disinterested in musicals (that’s Trystan’s thing). But I like looking at attractive Canadian men and, while I get that Will Ferrell is not everyone’s cup of tea, his brand of weird comedy meshes well with my weird sense of humor.

There’s not a lot of photos out there of the production and what there is is mainly from Reynold’s BTS pics posted to his Instagram:

And that’s about it as far as costume photos go, so stay tuned as I am bound to revisit it for the blog once the publicity train departs later this year.

Tell us how much you hate Will Ferrell in the comments, because I know you’re all dying to.