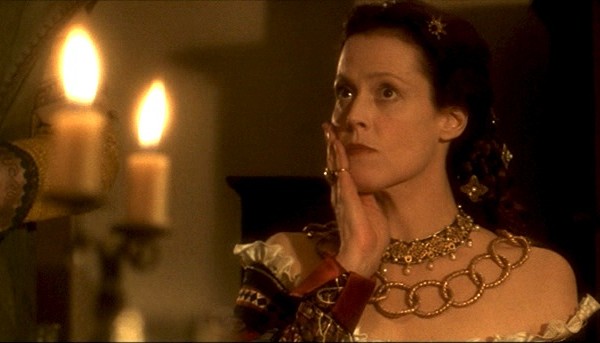 It’s an interesting proposition: take the classic Grimm fairytale but go back to its horror roots, put good actors like Sigourney Weaver and Sam Neill in starring roles, and go for a semi-authentic medieval look. Parts of it work, especially the early stages as they set up the story (new beautiful step-mother in town). Unfortunately, they fall into the classic fairy tale trap of not giving our heroine — Lilliana/Snow White — much to do (in fact, she never seems to figure out that her step-mother is the source of the problem, until somehow she just KNOWS). Weird attempts at romance with Gil Bellows as a nice bandit, and a TERRIBLE wig on his competition (Gutenberg), plus not enough extras (definitely reads as a made for TV movie). Some of the costuming is actually really good! Although I am by no means an expert in this area, Lilliana’s nurse wears what looks to me like Really Really Good lower middle class German mid-1500s attire. And Sigourney Weaver’s costumes are pretty and suit her character. But they put Lilliana into weird pseudo-medieval outfits and Sam Neill just looks dorky. I would only watch it for free on cable, and then only if I didn’t have something else to watch. 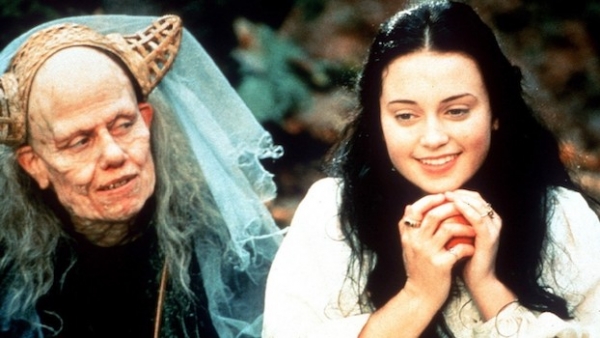 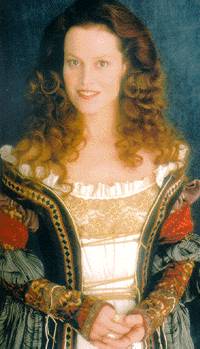