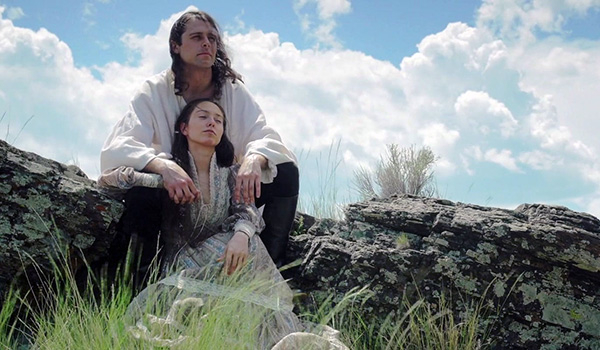 Emily Brontë’s only novel Wuthering Heights used to be my favorite, when I was a young romantic goth girl in the 1980s. In college and grad school, I wrote more about her sister Charlotte’s works, at least partly because that was considered more acceptable at the time. On my first trips to the U.K. in the 1990s, I made pilgrimages to the sisters’ home and windy moors near Haworth. Now, as a bitter jaded old goth in the 2020s, I still admire Brontë’s prose but am less swept up by the plot. And since movies and TV shows are notoriously bad at translating dramatic prose onto the screen, it’s the convoluted and wildly improbable plot of Wuthering Heights that shows up in frock flicks.

I’ve rated all of the major adaptions of the novel and how well they attempt to reflect the novel, plus I’ve written a deep-dive into my favorite and best-costumed version. So I can safely say it is time to STOP trying to put this book on film or TV. Because it’s getting worse and worse! Back in 2018, I thought we’d seen the lowest of the low-budget indie bullshit versions of Wuthering Heights with shitty costumes and way too much hair, yet somehow filmed in front of the Brontë Parsonage and at Top Withens.

BUT SOMEONE MADE ANOTHER MOVIE IN 2022. For the love of all that is holy, this needs to end. To wit: 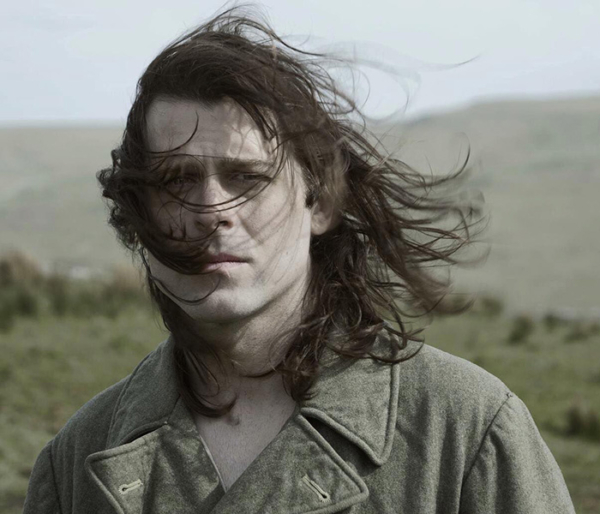 There is free-flowing hair, especially on Heathcliff.

Some of it appears filmed on some park-like area (the movie was made in Montana), but if you look a the large version of this image, you’ll see modern buildings behind the trees. 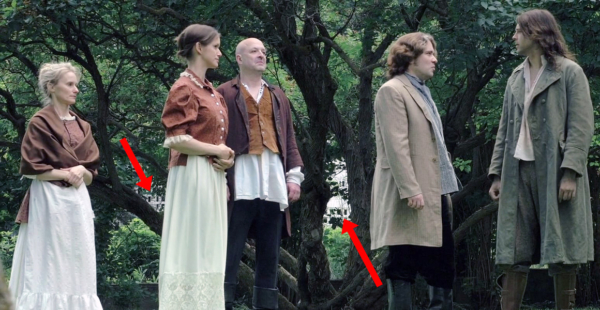 Of course, you have to look past the shitty, shitty costumes.

At first, looking through the screencaps, I wondered if this was a modern adaption, given that this was a portrait of Catherine Earnshaw. It’s not even a shitty historical portrait! It’s a cheap photo blow-up. 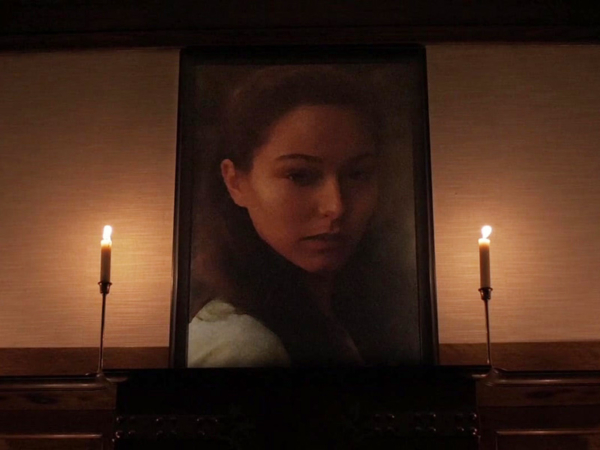 I guess they had a coupon for an Office Depot photo poster.

Then I saw the tombstones later in the screencap gallery and OMG it’s really supposed to be set in the 18th century! 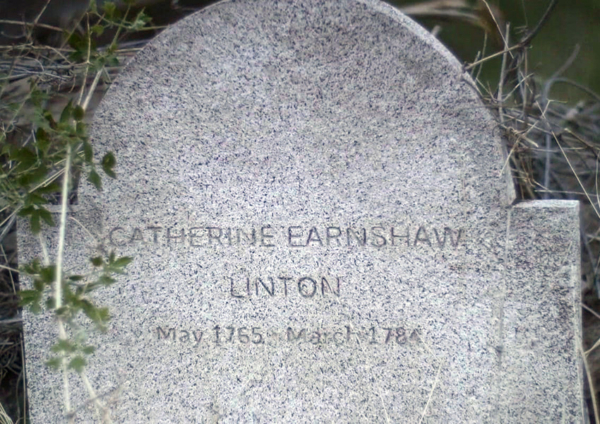 Maybe they spent all their tiny, tiny budget on renting these horses? 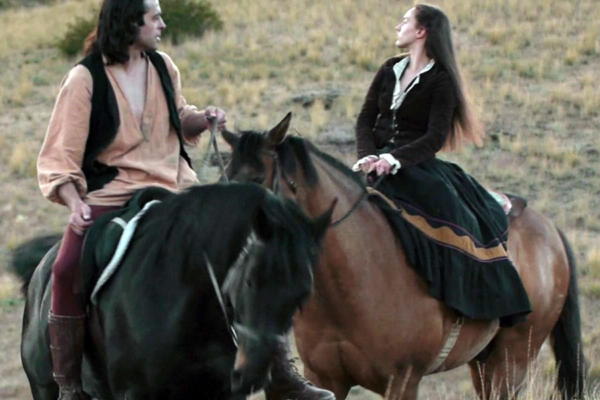 Because the costumes barely rise to the level of high-school play and are a sad mishmash of ye olde-timey Regency and Victorian. Like this cheap bonnet and spencer jacket on Frances, Hindley’s wife. 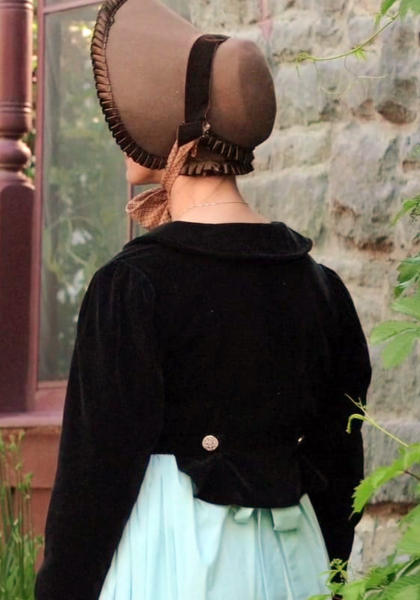 It doesn’t look any better from the front, in case you were wondering. 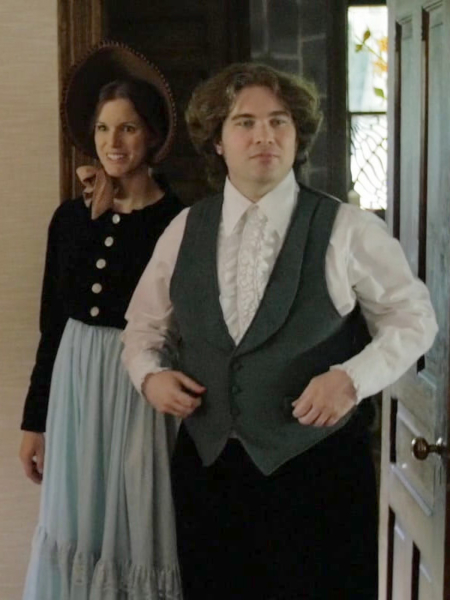 Hindley gets an old tuxedo shirt.

Then there’s Cathy in her boho “best dress” after meeting Linton. Should we be impressed that her hair is getting put up? 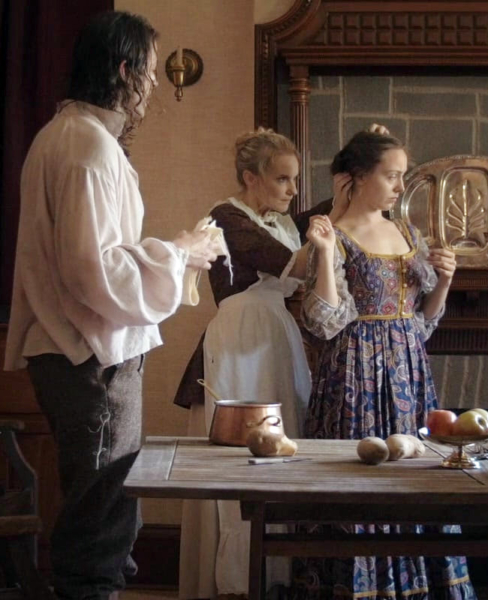 Let’s jump forward to when Cathy’s married Edgar Linton and is living at his “fancy” house. We meet his sister, Isabella, in the first of many vintage Gunne Sax dresses. 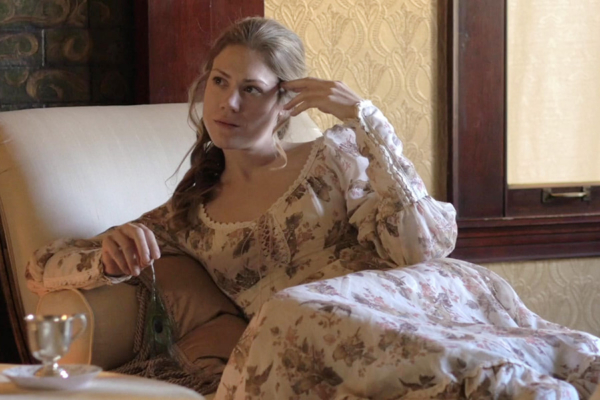 I found this one on Etsy for $878. For that much, they could have made a real historical costume! Or bought one from any number of makers on Etsy. Maybe someone connected to this film had a secret stash of Gunne Sax dresses from the 1970s/early 1980s that they needed to use? 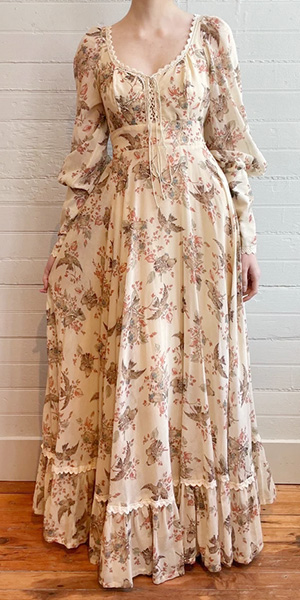 Married Cathy doesn’t dip into the Gunne Sax pool quite yet. Instead, she’s rockin’ a wanna-be Edwardian look. 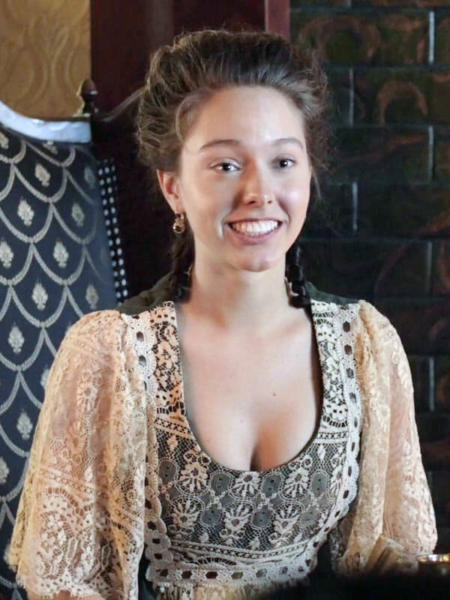 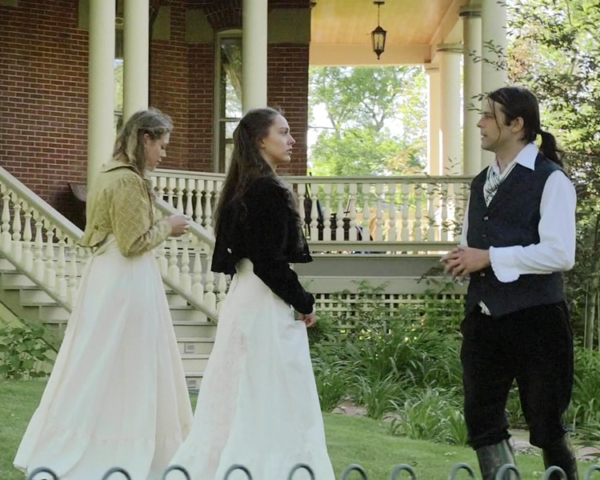 Now Cathy gets her Gunne on!

I couldn’t find this exact one, but there’s a bunch of similar ones in other colorways on eBay that run around $200, so quite a bargain. 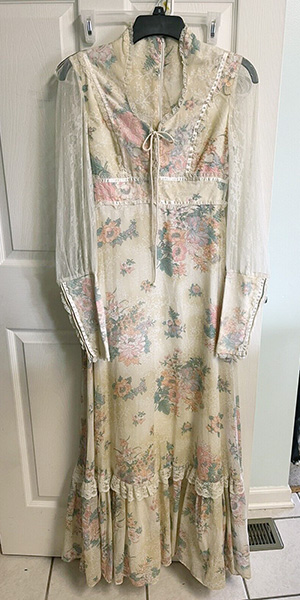 Fast-forwarding through Cathy’s death and to the next generation, take a look at her daughter Catherine, who also digs the Gunne Sax. 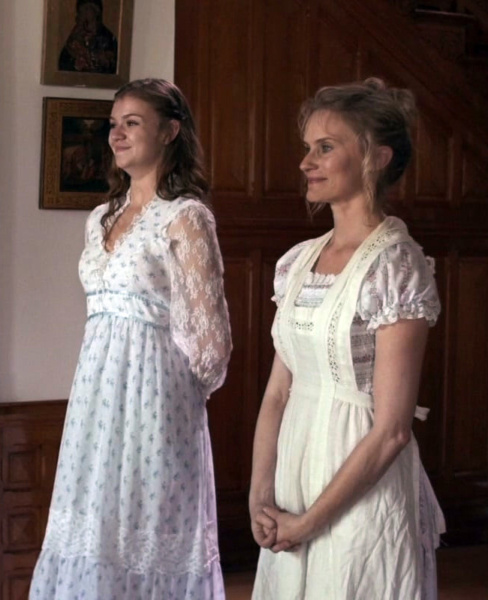 There are tons of this exact one on eBay, both in blue and in pink, around $200. Have at it! 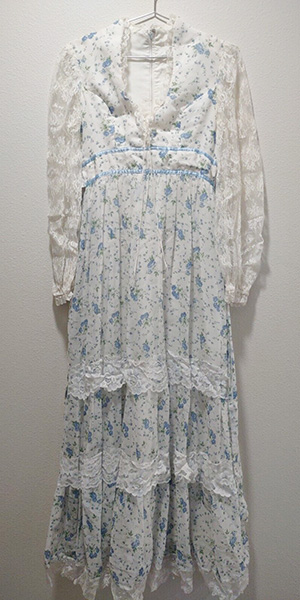 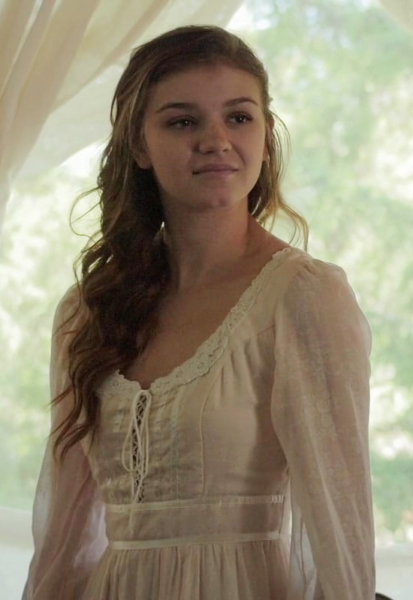 This one too, easily available on eBay! 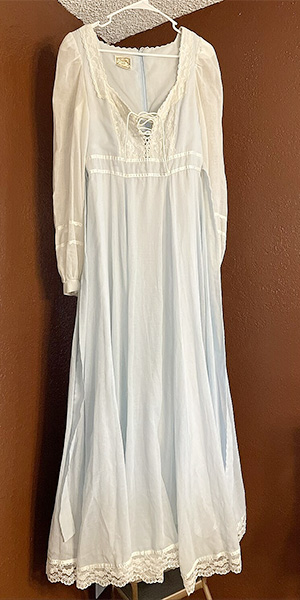 It goes well with her dead aunt’s green spencer jacket. 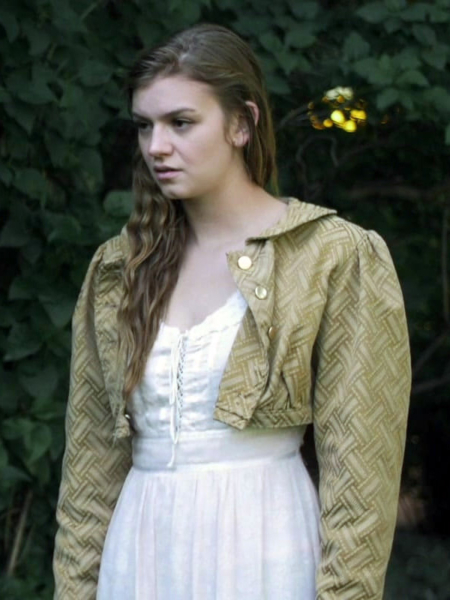 And with her dead aunt-in-law’s bonnet! 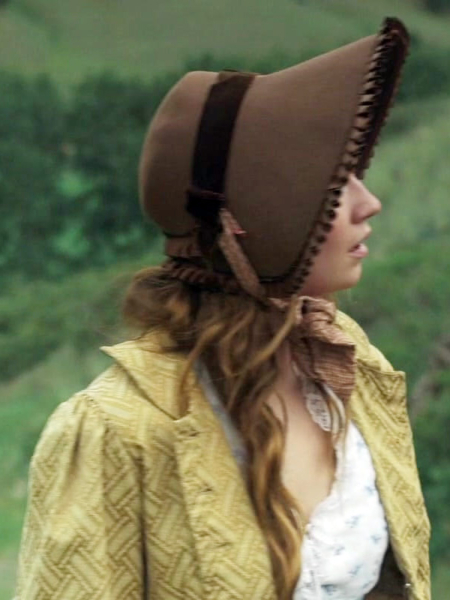 That bonnet, by the way, appears to be one of two hats in the entire production. The other being this rather squashed tricorn that Heathcliff adds towards the end. 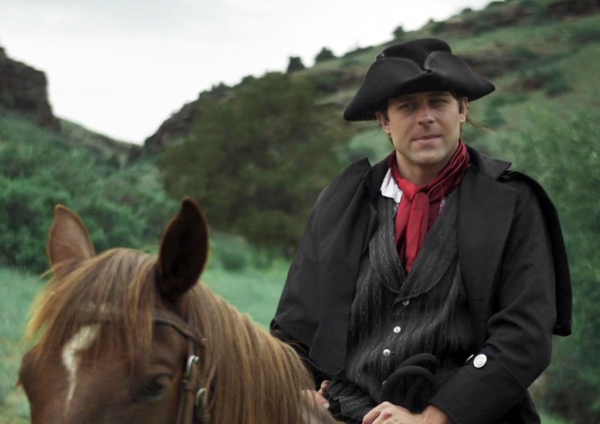 Are you with me in banning more Wuthering Heights movies?