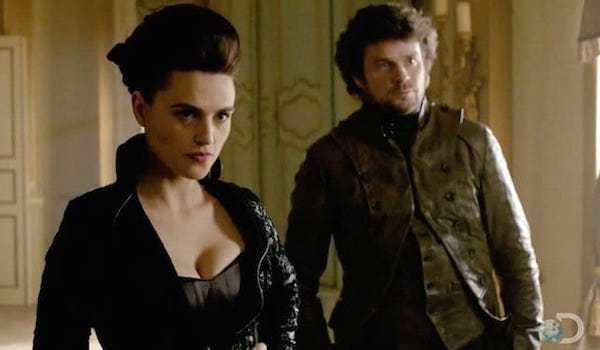 Frontier is a new-ish (okay, it’s on season 2) Netflix series starring Jason Momoa (from Game of Thrones) and set in the wild and wooly fur-trading world of late 18th-century Canada. There are some good things about it, like the fact that they seem to be trying to show indigenous cultures and actually let the First Peoples speak in their own languages. But costume-wise: wooooo boy, it started off slow but by season 1, episode 5 the clunkers are coming fast and furious!

How do I know this? Because Netflix says so (“In 18th-century North America, ruthless trappers and entrepreneurs fight to wrest control of the fur trade from the mighty Hudson’s Bay Company“), as do media reports (“‘Frontier’ is a drama following the chaotic and violent struggle to control wealth and power in the North American fur trade in the late 18th century“). 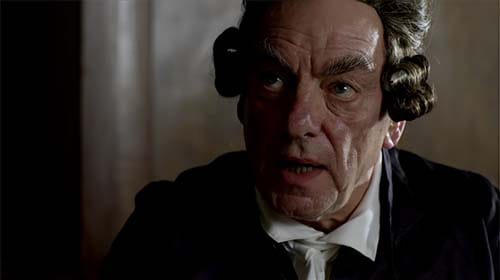 I mean, in the first episode, baddie Lord Benton (Alun Armstrong) is wearing an 18th-century-style wig! 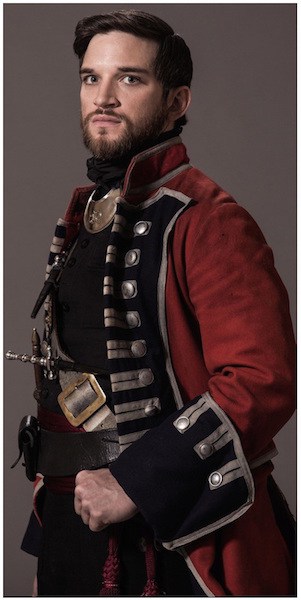 And there are redcoats! 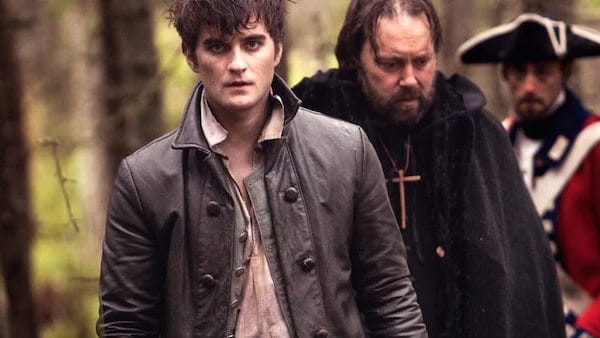 I suppose this is the equivalent of contractually-obligated-leather-pants turned vaguely-18th-century-jacket? 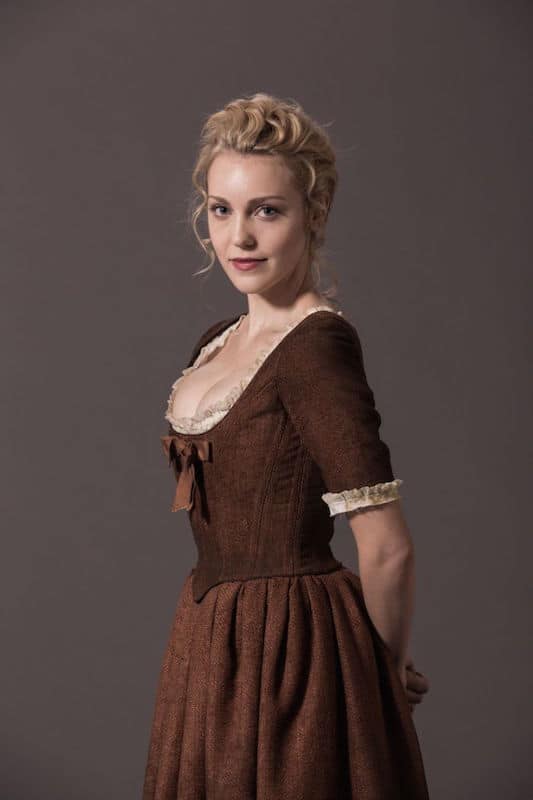 Hey, there’s a vaguely conical silhouette with boobs up! 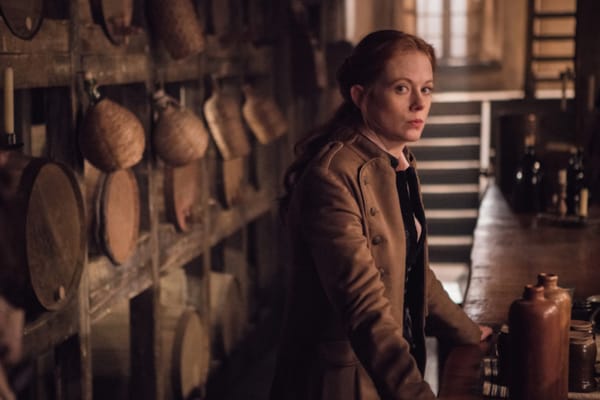 Even your cross-dressing badass (Zoe Boyle, who was Matthew’s fiancé who died of the flu on Downton Abbey) is wearing a coat that could plausibly be called 18th century!

#2: Because counting the number of times someone says “OK” is strangely satisfying

Always good times to hear characters repeat a word that originated in the 1840s, per Oxford Dictionaries. Also enjoying references to “top hats,” you know, those hats that were worn in the Victorian era. Which is the 19th century.

#3: Because playing “spot the metal grommets” is always a good time 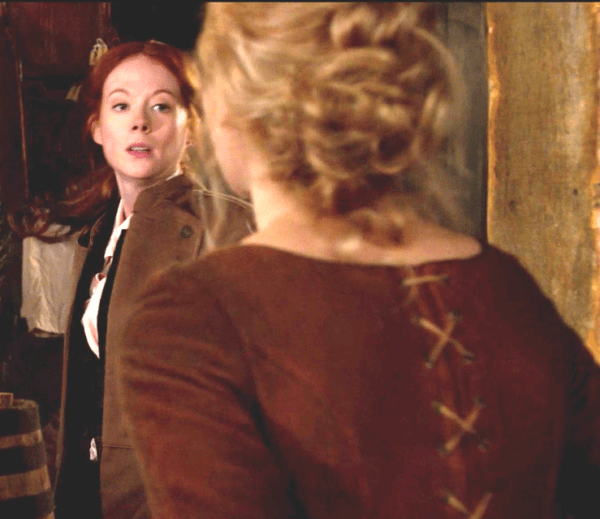 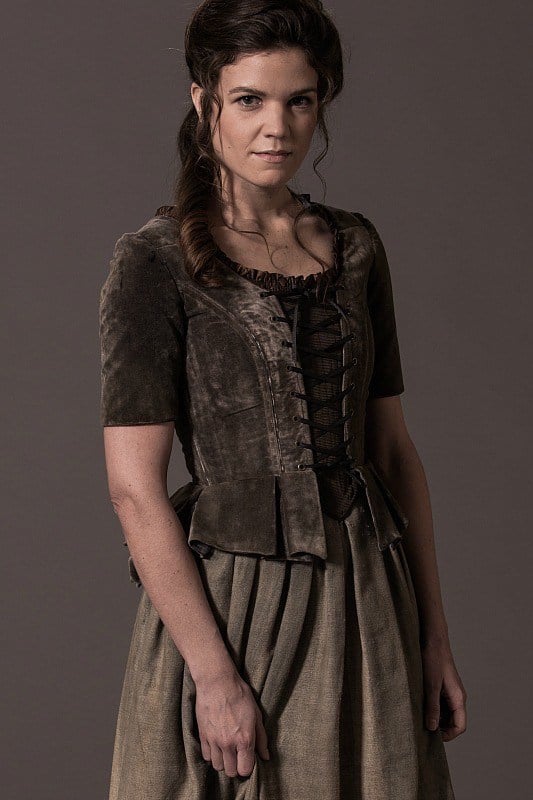 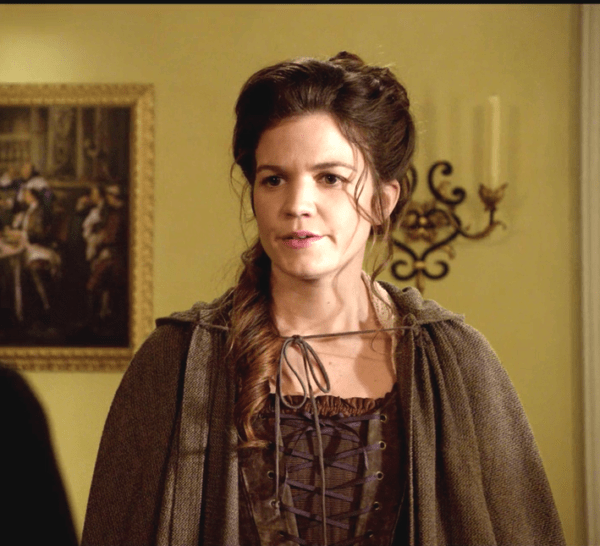 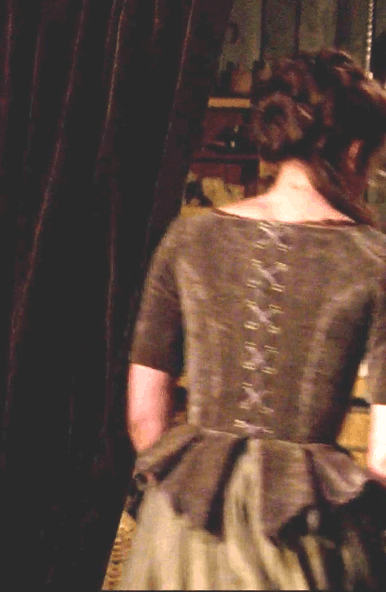 Ooo, she turned around! Three! 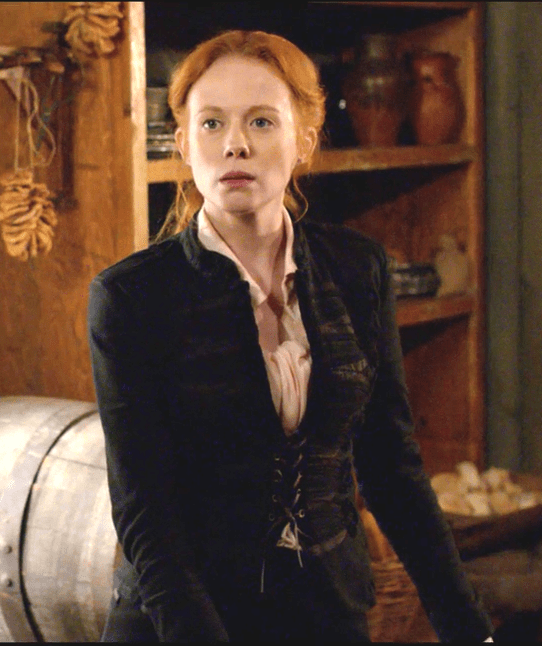 Guys I think this is a modern blazer that they added some grommets to. Can’t count anymore. 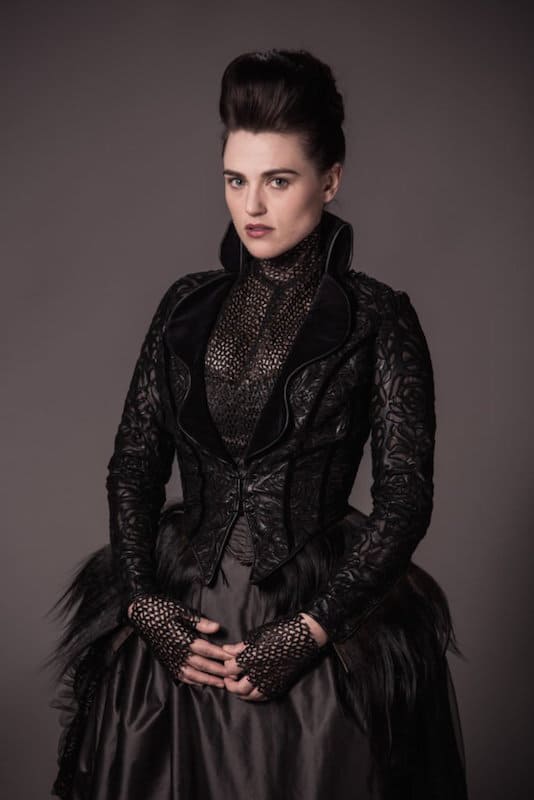 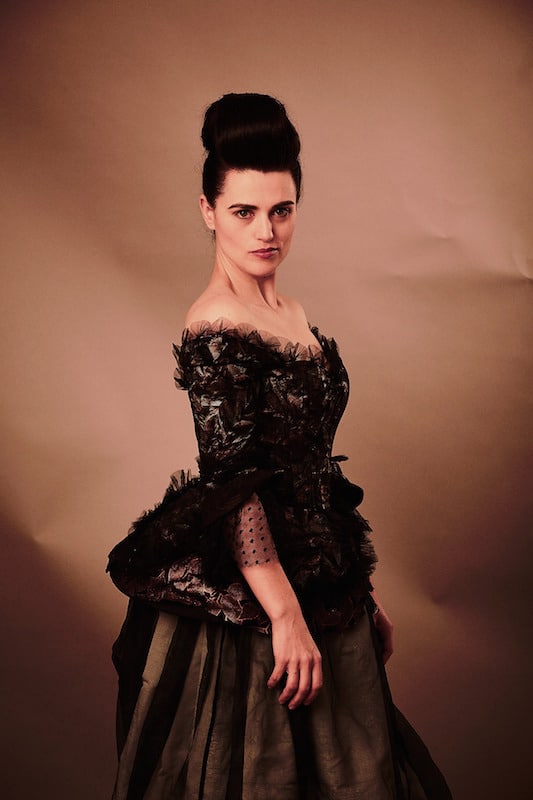 And that whole 18th-century off-the-shoulder neckline and bustle skirt silhouette!

#5: Because I make bad life choices 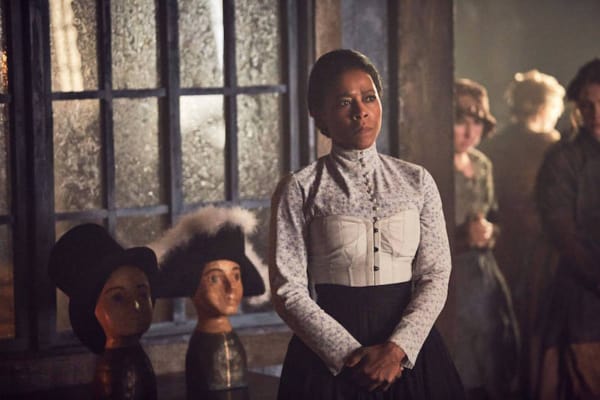 Okay so is this Little House on the Prairie steampunk? 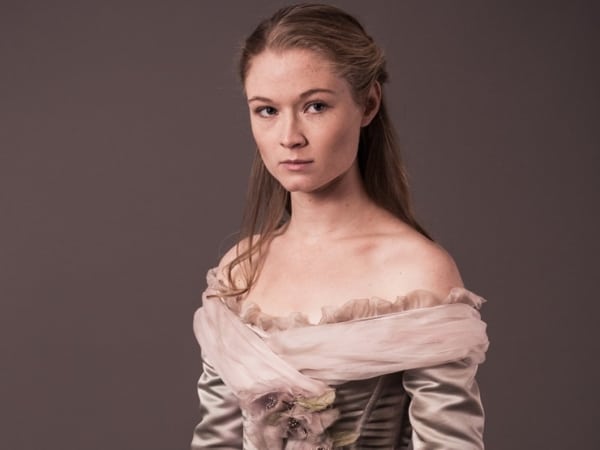 I don’t even know what the fuck this is. 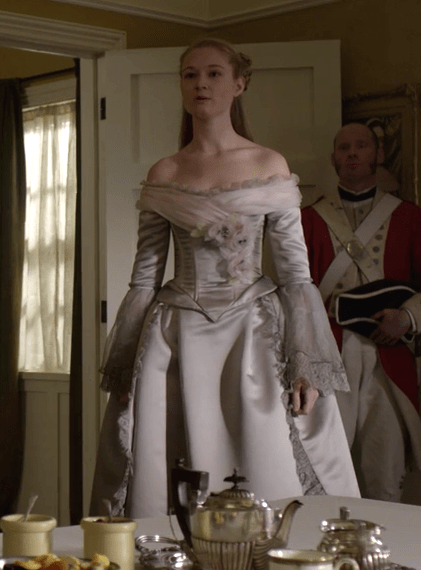 Okay, seeing more is NOT HELPING. 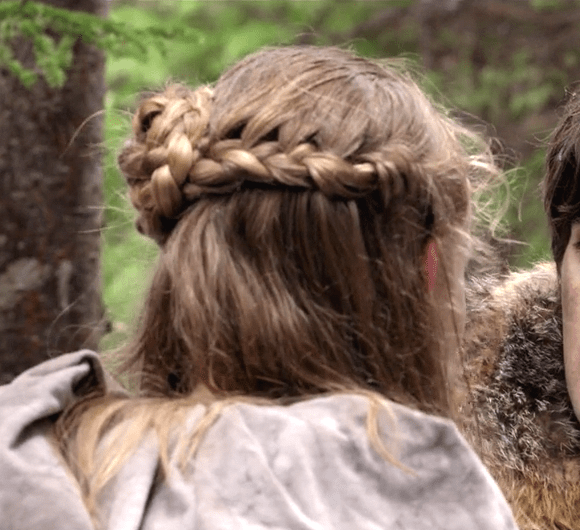 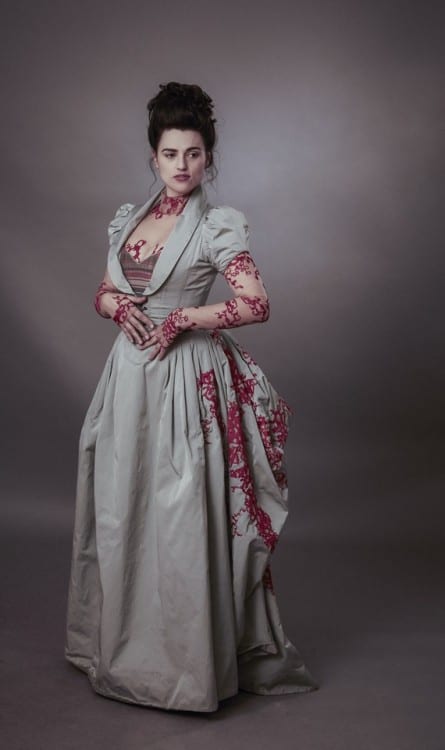 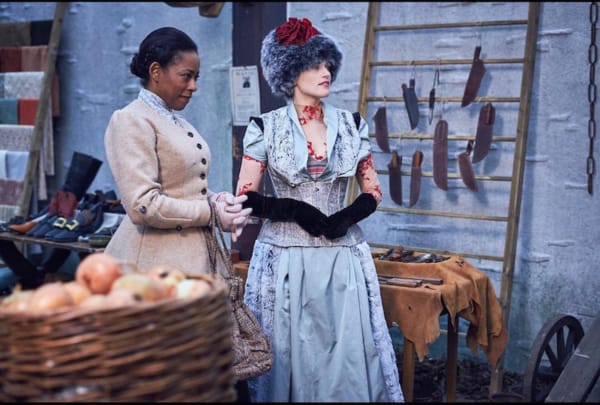 I CAN’T HEAR YOU OVER ALL THIS WTF.

What offends you most about Frontier‘s take on the 18th century?