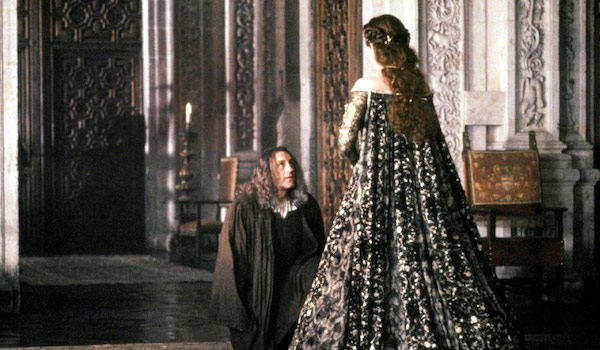 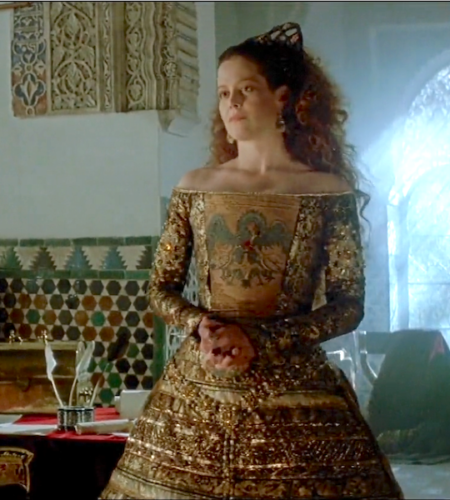 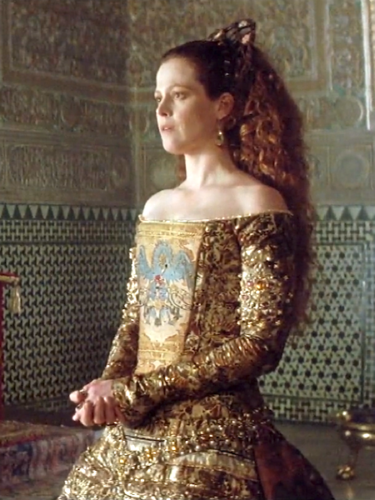 However, two problems: hair and neckline. While Spanish women were known for wearing their hair “loose,” this usually meant “not tightly under a cap” instead of “completely uncovered.” In the source image, you can see a lot of hair peeking out the front of her cap and brad (cofia y tranzado). In some later images, women are clearly wearing their hair unconfined under a hood, but you rarely see an adult married woman with her hair completely down. Even the Virgin covers her head in Spain. 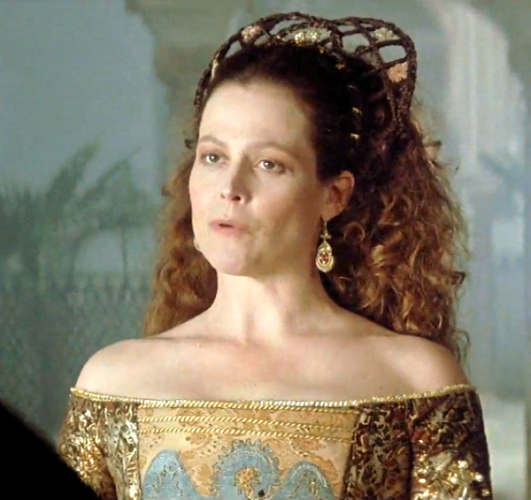 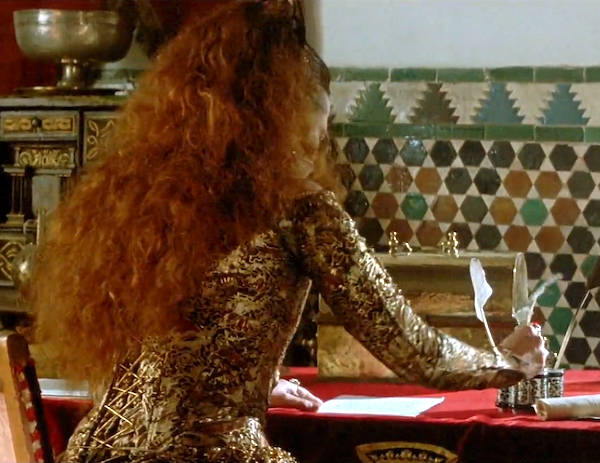 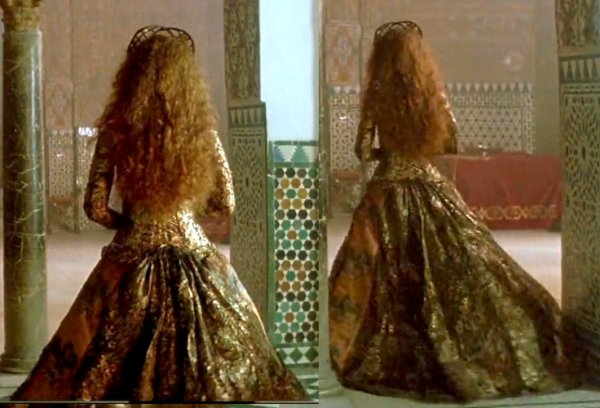 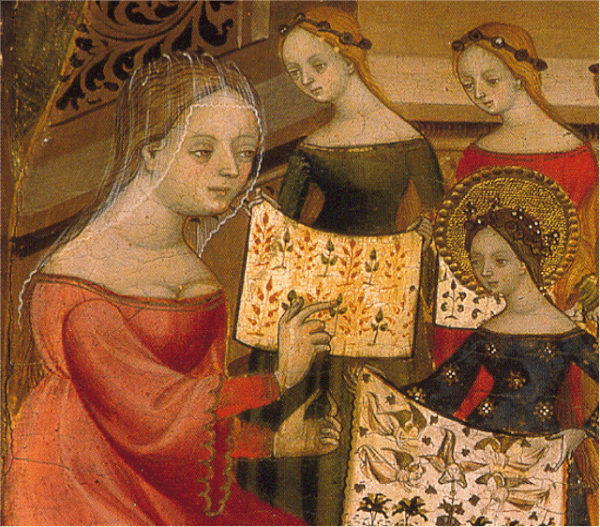 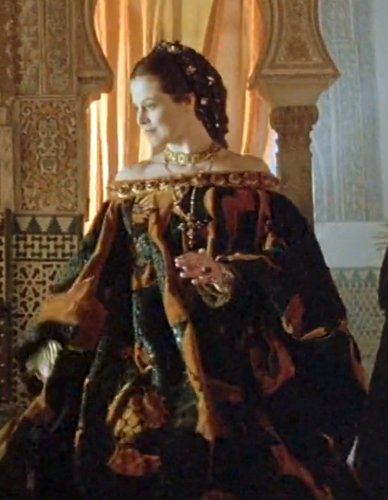 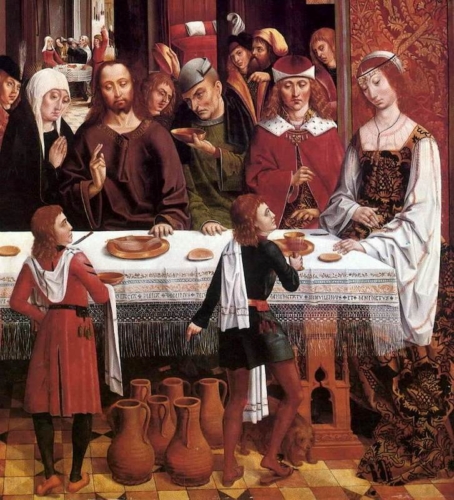 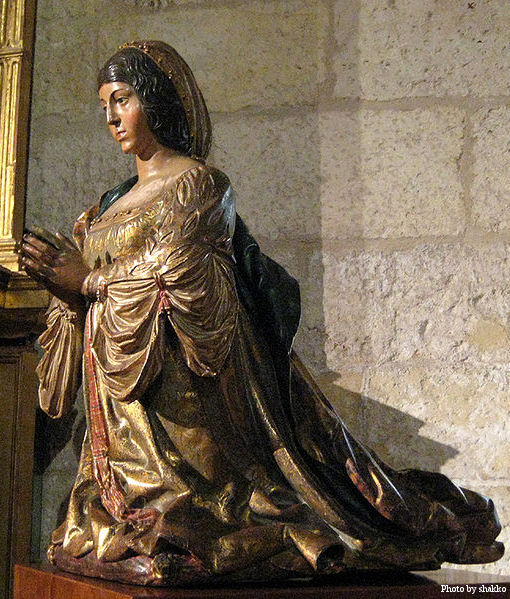 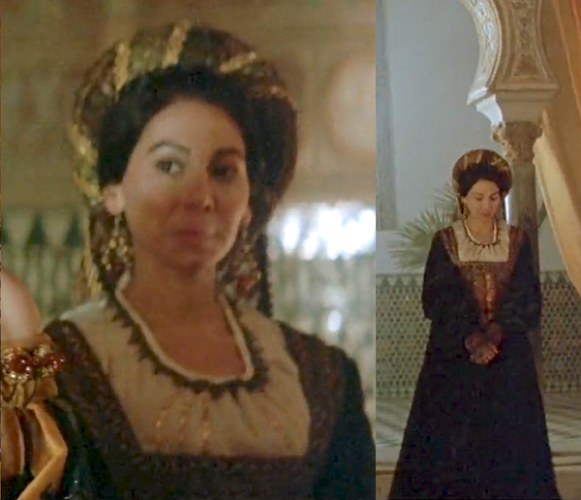 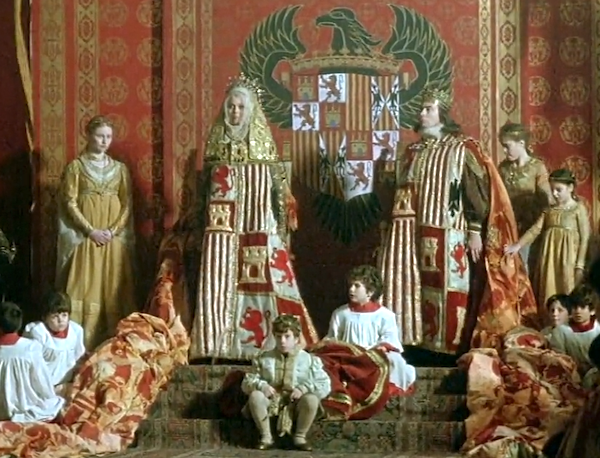 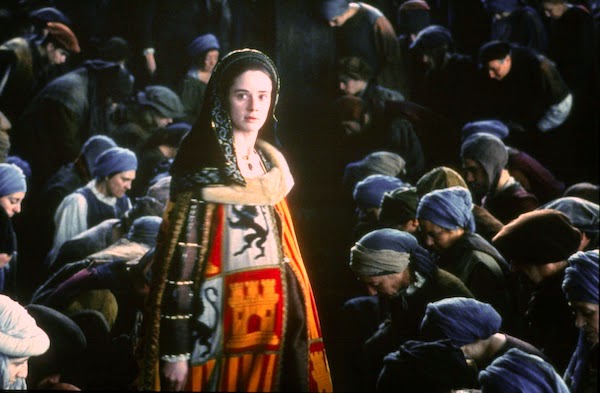 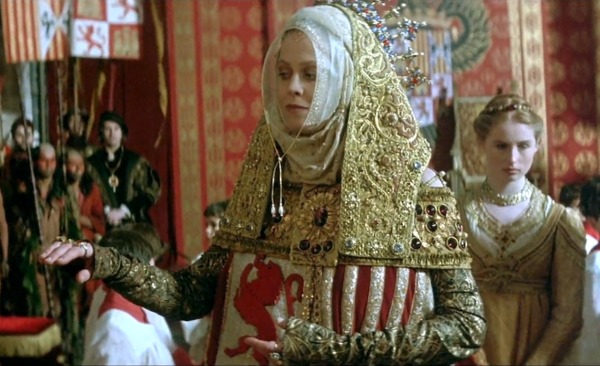 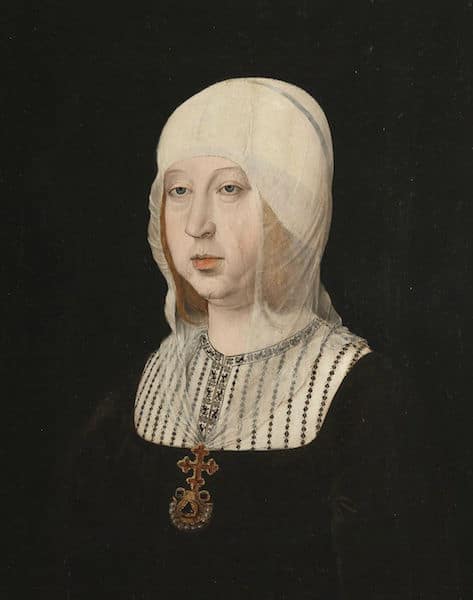 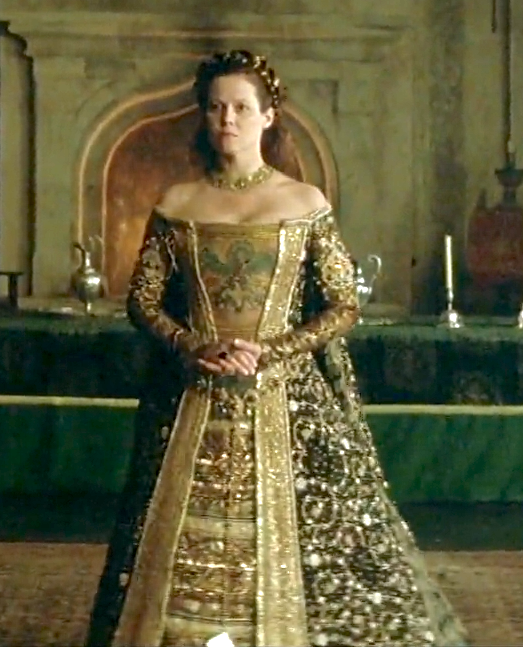 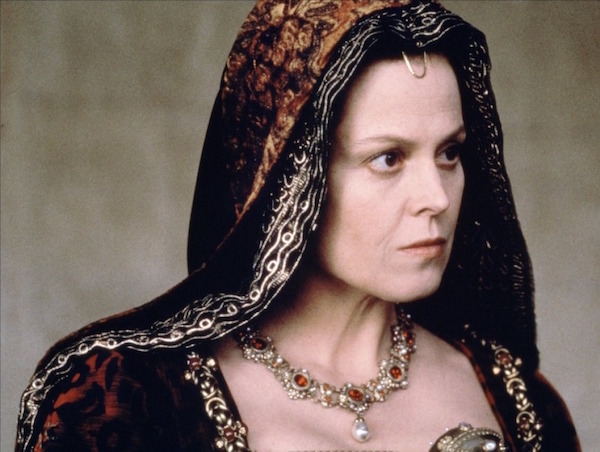 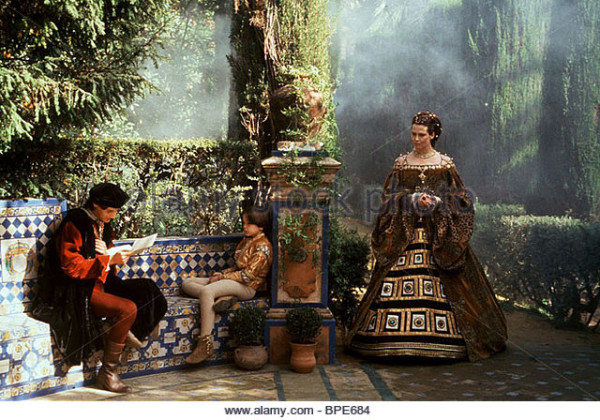