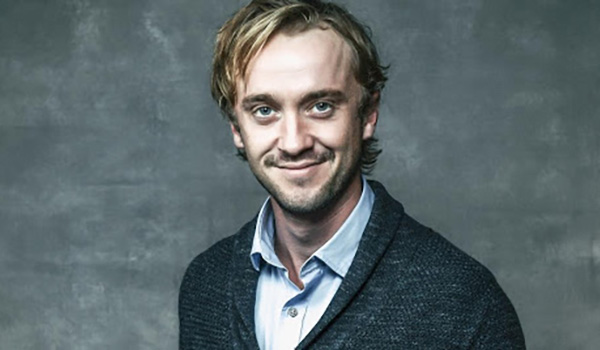 Poor Tom Felton! I don’t know that he’s particularly icky in his own right, but he seems to be typecast playing icky men in historical costume movies. Or maybe he seeks out these roles? No clue, except it seems he pops up in them over and over again! If there’s a slimy, sickly, nasty guy in a frock coat, chances are, Tom Felton will be cast in that role. I thought it started after his portrayal of teenage arch-villain Draco Malfoy in the Harry Potter series, which, while not historical, had a lot of overlap in terms of actors. But upon closer inspection, he’s played sickly, sad little boys and men his whole career. Ew!

His first historical costume movie role. OK, I guess, but this kid seemed tangential to the story. 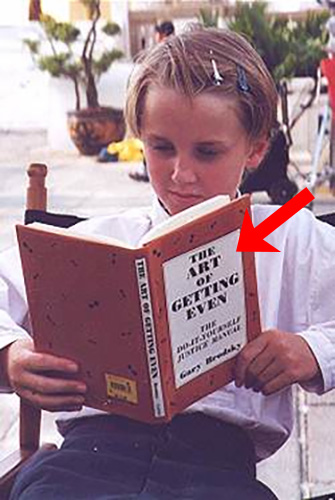 And check out this behind-the-scenes pic — foreshadowing? 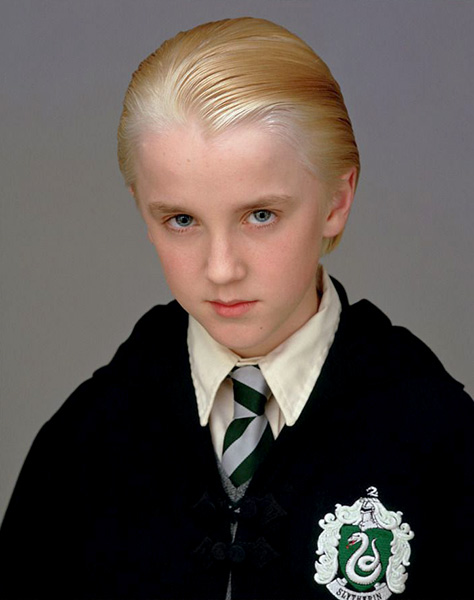 NOT historical, but including it for reference! 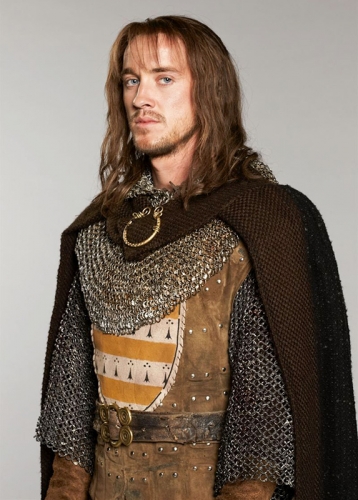 In her review, Sarah critiqued the personal grooming of all the men in this miniseries, & even this “cleaned-up” promo pic looks rather sketchy. 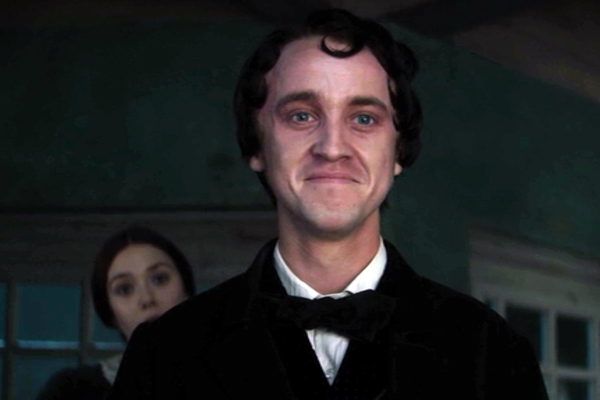 OMG, this movie is terrible, except for about 30 minutes of in-costume sex, which does not involve Tom Felton. 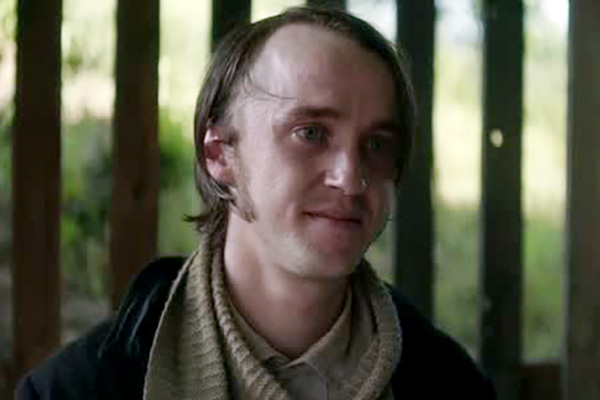 Because he is a super sickly, pasty, gross mama’s boy. Sure, he’s married off to the lead female character, but she & her lover kill him. 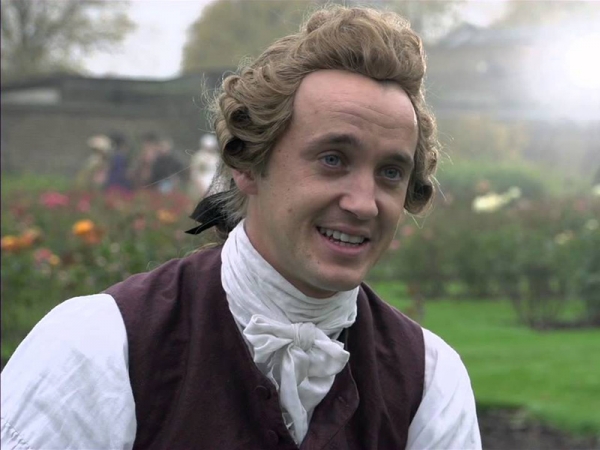 He looks quite nice here, but he plays a racist asshole. So there’s that. 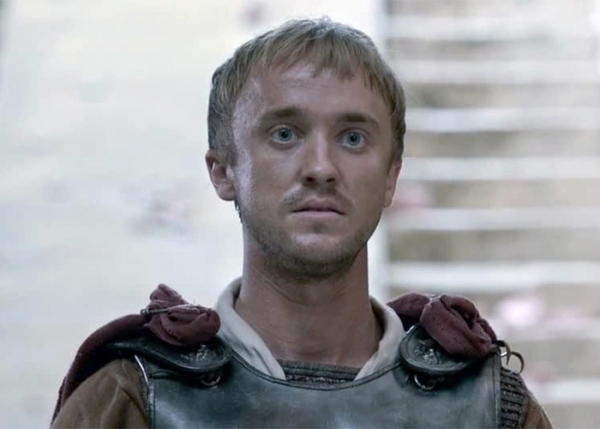 It’s a Biblical story, & Felton plays a Roman soldier who helps hunt down a supposedly resurrected Yeshua & his followers. So another bad guy.

Rufus Lancaster in A United Kingdom (2016) 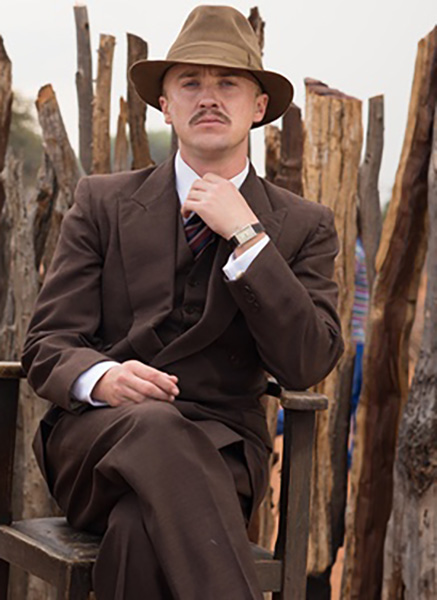 In this true story about a famous interracial romance in the 1950s, Felton plays what one reviewer calls “The sourpuss face of British colonialism and bigotry.” 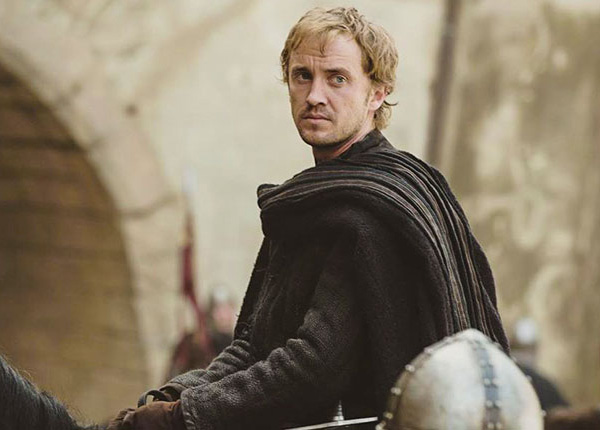 This is a smaller part than in the play of Hamlet, so he’s merely Ophelia’s bro. Perhaps this is an upswing for Felton playing less-icky roles?

Tony Turner in The Forgotten Battle (2020) 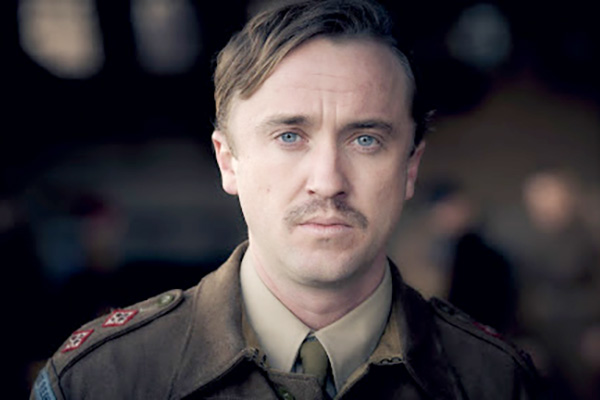 Can’t tell much about this Dutch film about WWII, but the character has an American or British name & that doesn’t look like a German uniform, so maybe Felton isn’t playing a Nazi?

Have you noticed sad lil’ Tom Felton in all these bad-boy historical roles?