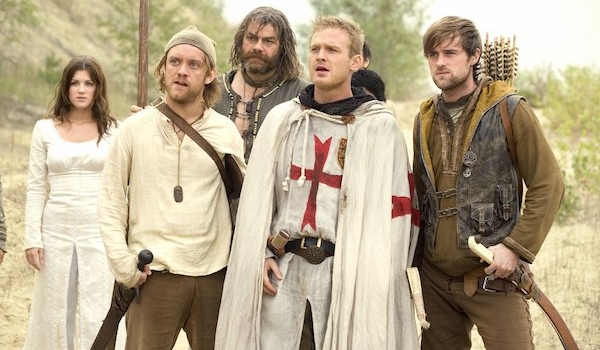 So, Robin Hood, right? He’s a probably-mythological guy who theoretically lived in medieval England, roughly around the time of King John/The Crusades, right? So, that makes him medieval … right? So … Someone explain to me what the BBC was trying to do when it green-lit the 2007 shitshow that is Robin Hood, because I am seriously confused.

First thing I see is an Anachronistic Corset (more on this in an upcoming Snark Week post), but I’m like, OK, whatever, the costume department is shooting for sexy ye olde time-y, and someone insisted that an underbust corset, which most assuredly did not exist in at any point between the 12th century and the early 20th century, because corset is lazy visual shorthand for sexy. 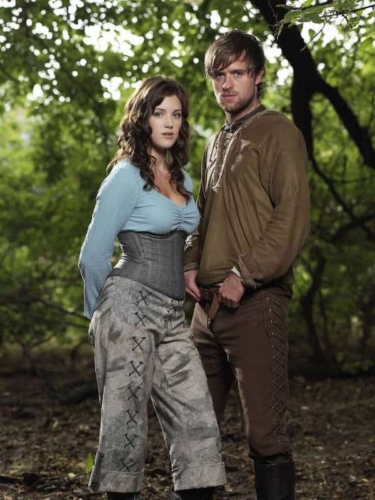 Let’s just not talk about the camo waders with unnecessary lacing.

But once I gave up on the corset, I noticed Lucy Griffith’s blouse. Which looks an awful lot like something I bought at Forever 21 circa 2002. It’s clearly some kind of stretchy modern knit top. “Huh,” I say to myself. “That’s a weird choice for a blouse.”

But then, I see this. 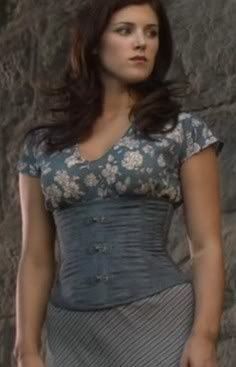 And that is definitely a shirt I bought at Forever 21 circa 2002. Paired with the same, or similar underbust corset as above, as well as a very, VERY modern skirt. It’s not even questionable historical costuming. It’s full-on questionable modern dress. Seriously, that top with that skirt? I go to IMDB to check that this isn’t some misguided attempt at “modernizing” the Robin Hood story. 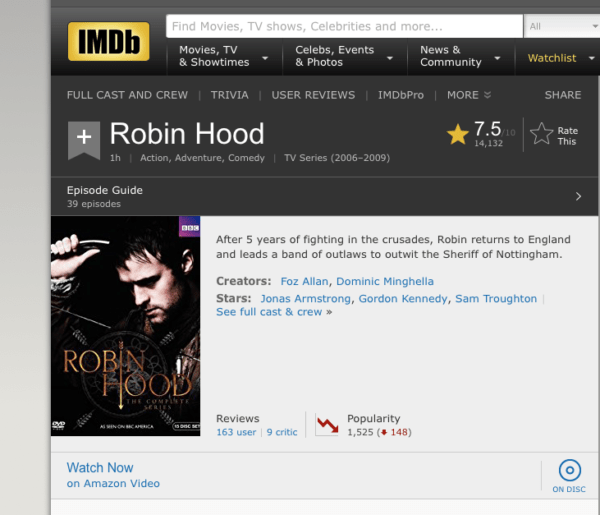 Did the Crusades happen in the early-2000s and I just miss it? I mean, I know I had a lot going on, but you think I would have remembered…

I did a little more digging, because now I was really super confused about WTF was going on with the rationale behind these costumes, when I stumbled upon this interview with costume designer Frances Tempest, who designed the first 2 seasons of the show. And I read this:

I went in to talk to them and [Foz Allen, the producer] declared it was “Robin Hood for the Playstation Generation”. And they really wanted to direct it at a young, masculine — it was really directed at teenage boys. That’s what their audience was. If they could pick up other people along the way, all well and good. But it was to be directed at teenage boys.

… Foz’s idea was that Marian should wear the kind of clothes that the teenage girl audience would want to go and buy. He wanted to do a fashion range and put it in Top Shop and call it the Maid Marian range. And I’m glad to say that never happened, but that was his thinking.

It’s all starting to make sense… 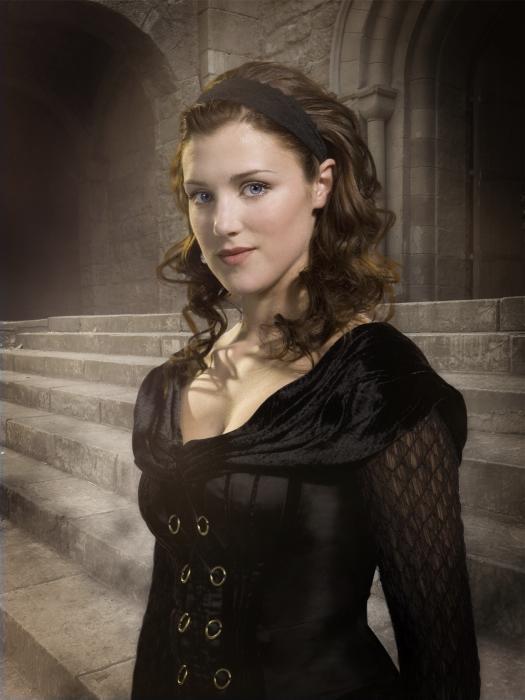 Those grommets are why mommy drinks. 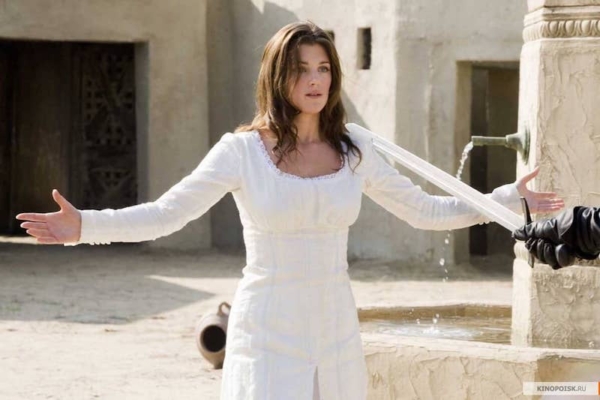 You cannot tell me that isn’t a Gunne Sax dress. 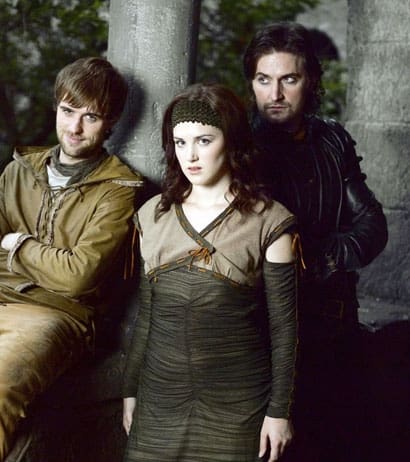 Clearly, this show is just fucking with me, now.

All that said, the show does star Richard Armitage as Guy of Gisborne, whose sole purpose in the series is to make everyone go, “Robin Who?” Seriously, I can even forgive the Contractually Obligated Leather Pants. Hell, I could forgive Richard Armitage pretty much anything. And who could blame me?

I’m sorry, what now? Couldn’t hear you over the sound of my panties evaporating.

P.S. — There appears to be another Robin Hood remake in the works, slated to come out this year. And from the look of things, we’ve left “Robin Hood for the Playstation Generation” behind and entered into “A galaxy far, far away.” 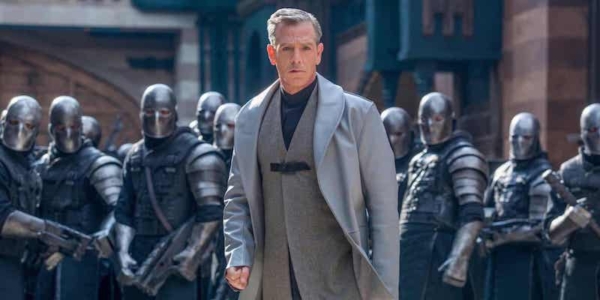 Ben Mendelson as the Empire’s Sheriff of Nottingham.