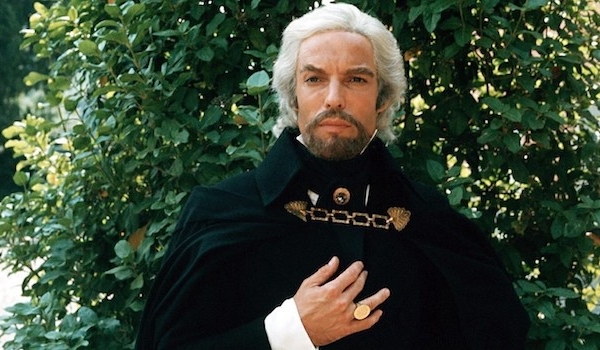 Somewhere in my dimly remembered past, probably in my late-teens, I watched the made-for-TV movie of The Count of Monte Cristo (1975) and fell in love with it. I mean, it had a pretty great cast — Richard Chamberlain as Edmund Dantes, Tony Curtis as Mondego, and Donald Pleasance as Danglars.

Half a lifetime later, I decided to revisit the movie for Snark Week and arrived at the conclusion that teenage Sarah was clearly delusional. In fact, I actually had to hit pause at one point to see if there were somehow two Count of Monte Cristo movies staring Richard Chamberlain, and I just happened to be watching the shittier version. Alas, there was only the one. All those bewildered looks I used to get when I’d enthusiastically sing the praises of this movie? They make total sense now.

Here’s the thing about this version of The Count of Monte Cristo — because there’s only, like, 8,000 versions out there — it comes SO CLOSE to being good in terms of the costuming, but at the last second veers away into crazy 1970s land. There are plenty of historical films that were made during the ’70s that don’t smear the decade like a grease stain over the entire production, but this one, I’m afraid, is not one of them. It doesn’t just look dated … It looks 1970s dated. Which, I might add, looked bad even a few scant years later in the 1980s. In fact, it lets you know immediately that this film was made in the ’70s, because in the very first scene you’re treated to this look: 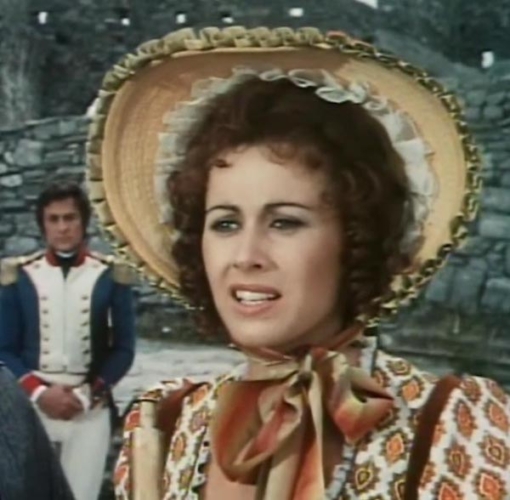 And of course, it’s the women’s costumes, makeup, and hair that really reflect the sheer level of 1970s-ness happening in the movie.

Donna Summer is in this movie? Sweet!

This dress came straight off the Gunne Sax rack.

Guys. She has a side ponytail.

A. SIDE. EFFING. PONYTAIL.

The other downside about this movie is that it DRAGS FOREVER. Of course, when you take into account that this originally aired in several segments on television, it probably didn’t seem like it was plodding along derpily towards the big climactic sword fight between Dantes and Mondego. And if it had been moving at a glacial pace but had provided more opportunity to ogle Mr. Chamberlain in his prime, I probably would not have much to complain about.

How are his lips so damn perfect???

No, instead we are treated to about 45 minutes of a disgustingly grubby Edmund in prison, and his bromance with the Abbé Faria as the two plan their excruciatingly slow escape from Chateau d’If.

All I could think of was how gum disease-y Edmund would have been when he finally got out 14 years later.

But once he achieves freedom and finds the abbé’s treasure, he turns into a silver fox. Ok, cool, I can dig it. His wardrobe also improves greatly, but, because this is the 1970s, we still are not spared from such gems as the following:

The makeup department appears to have eschewed foundation in favor of Silly Putty. 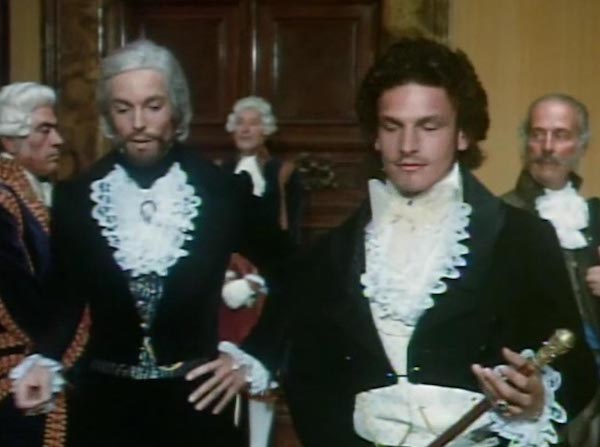 The other characters have equally bizarre costumes. I say “bizzare” because that’s the only word I can come up with that describes what are actually well-crafted costumes made from really awful materials.

The fabric on Villefort’s coat is at least 50% plastic garbage bag.

Oh sure, you think this looks like a perfectly fine silk frock coat. Trust me, it’s got “petrolium byproduct” written all over it once you see it in action.

Then again, we do get treated to this shot of Edmund being oh so imperious:

The little strand of loose hair absolutely works for me.

While searching for images to use in this post, I came across a couple in particular that confused me: 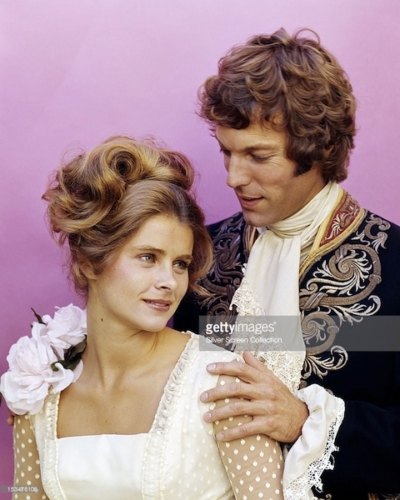 How is it that she looks older than him? 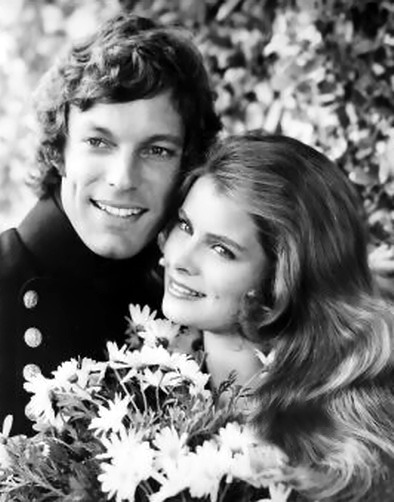 Yeah, that’s Taryn Power (Tyrone Power’s daughter from his second marriage, I might add), the girl who plays the air-headed Valentine. There’s three scenarios I can come up with to explain these photos:

There are dozens of versions of The Count of Monte Cristo out there. Which one is your favorite … or most snark-worthy?