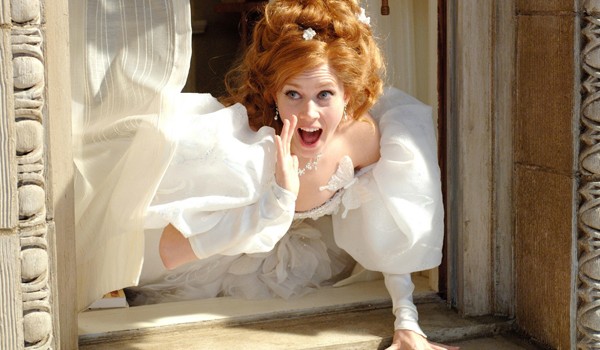 So for Snark Week, I’m rounding up the crappiest-looking redheads in historical costume movies and TV series I can find, just to prove to her that they’re not all awesome. I mean, just because a gal in a flick has red hair, she’s not automatically super-cool, sympathetic, looks great, and totally worth watching. I’ll show you shakes fist (of course, I jest, I love my crazy redhead pal; besides, she’s gonna pound me when she sees this!). 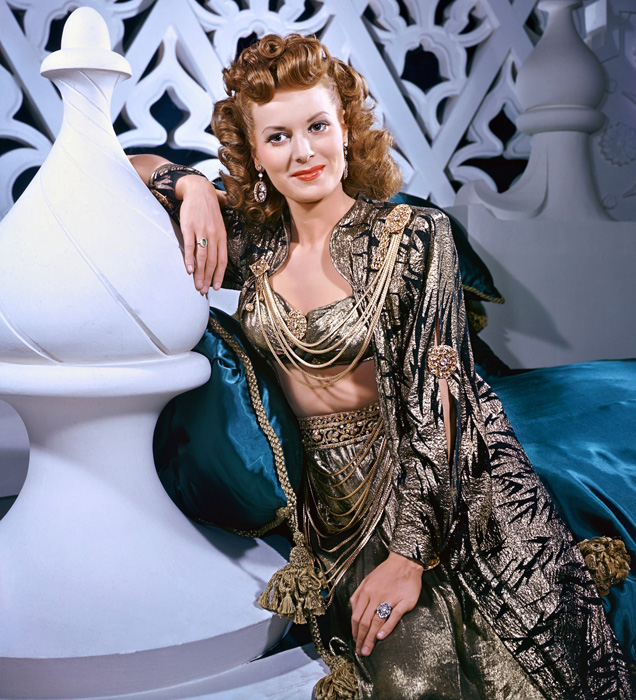 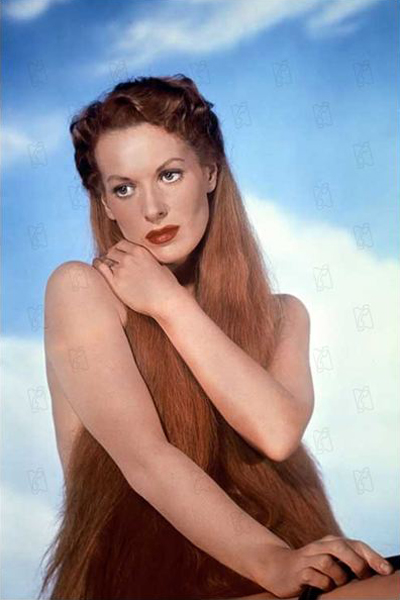 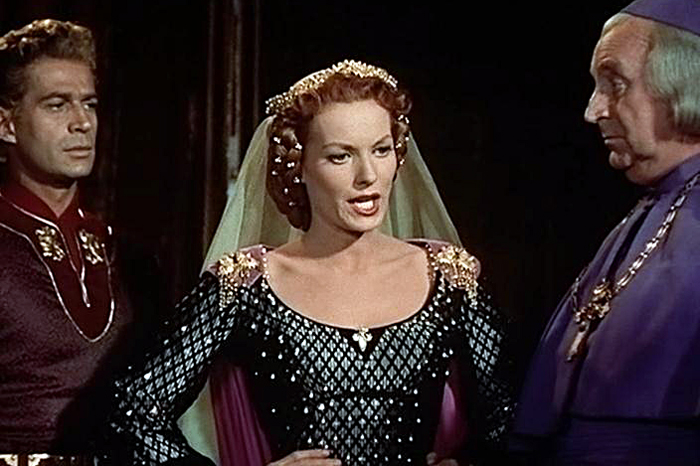 Then there’s McLintock from 1963. As you can tell from the screencap below, it’s probably a sensitive portrayal of women’s and men’s relationships eyeroll. 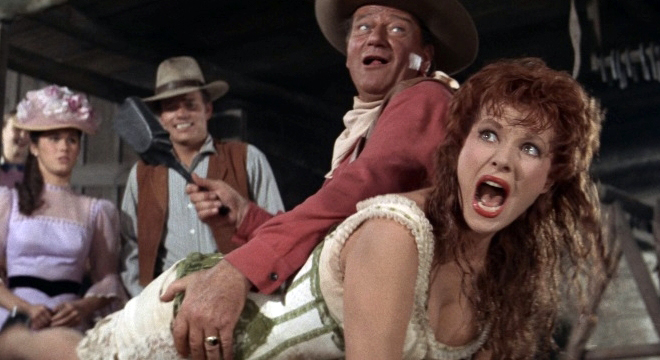 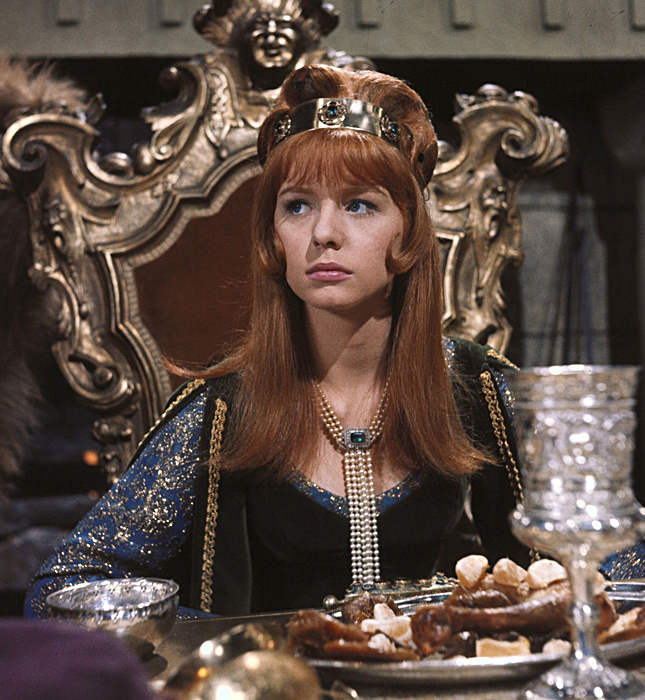 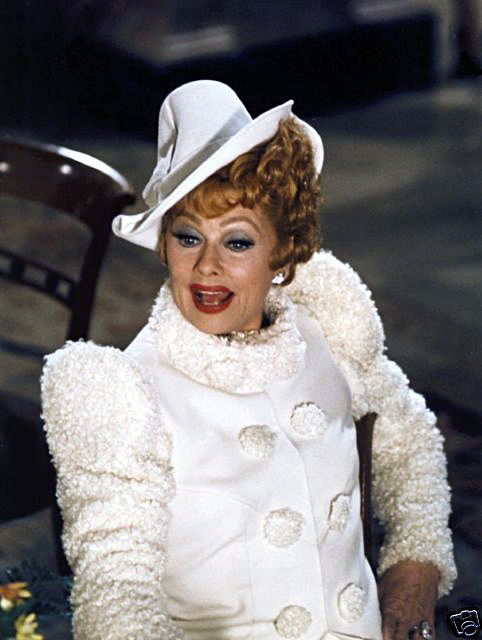 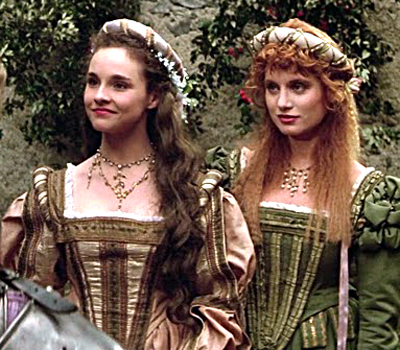 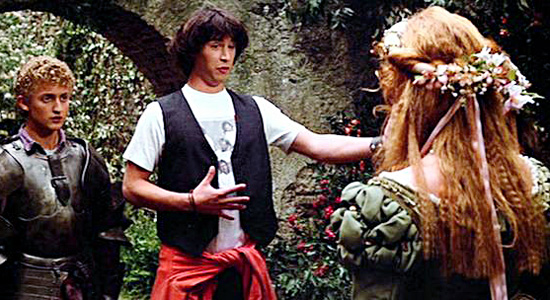 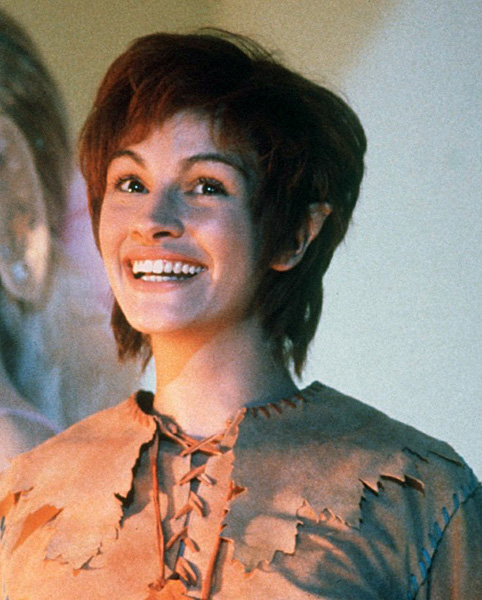 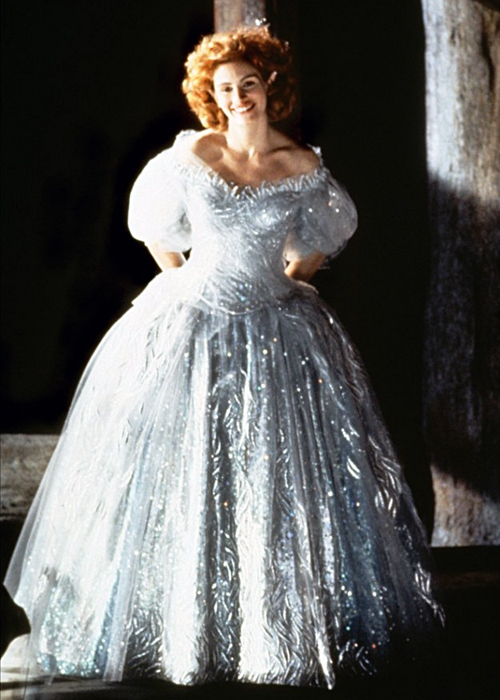 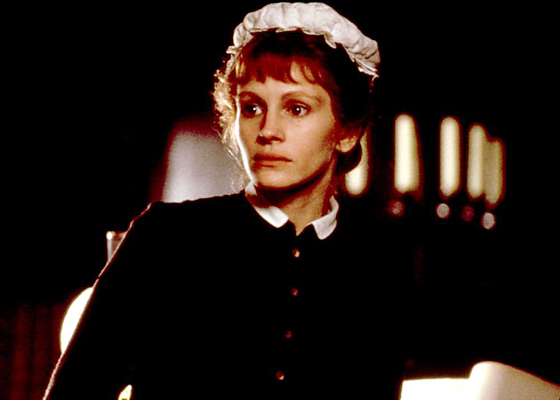 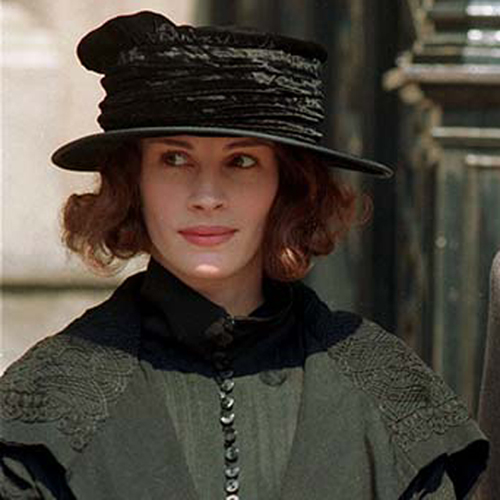 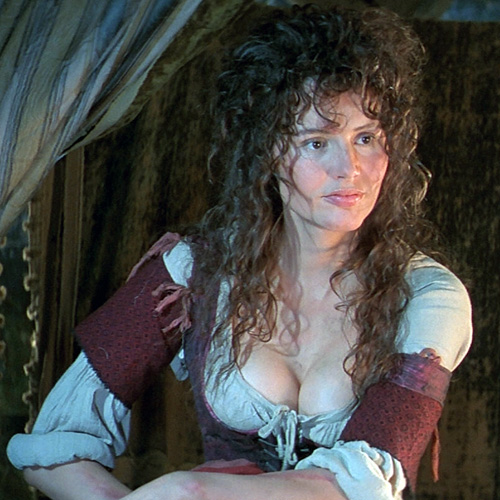 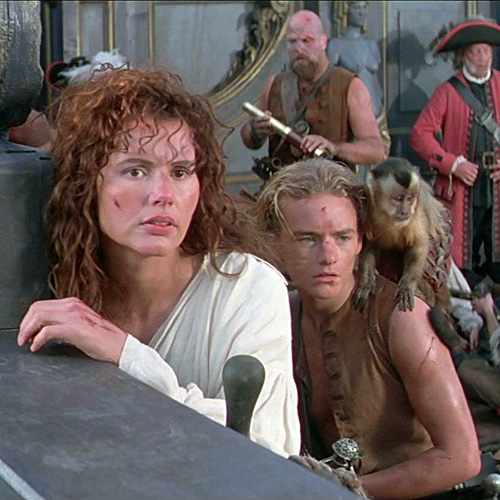 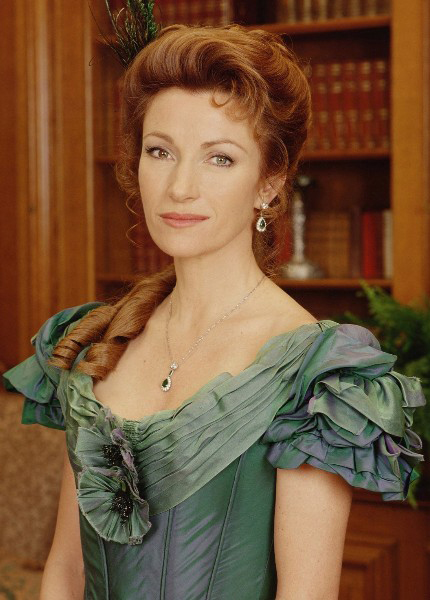 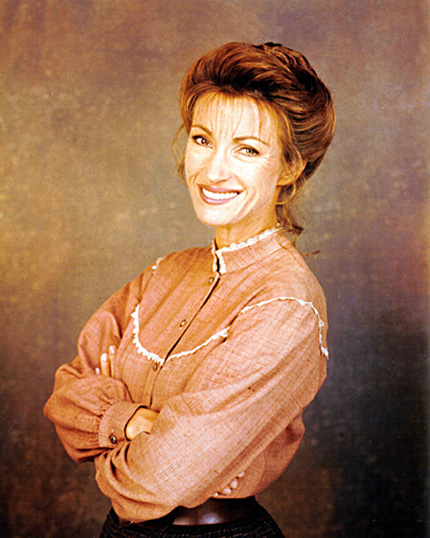 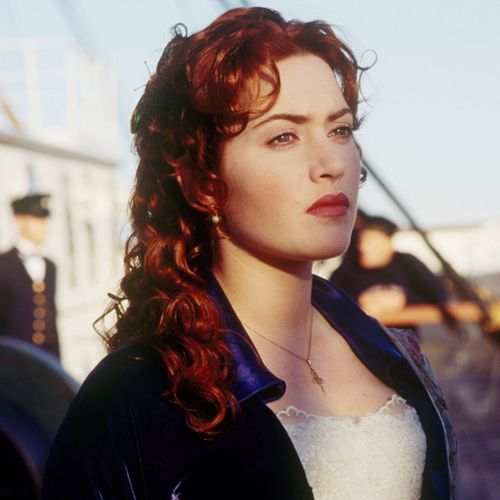 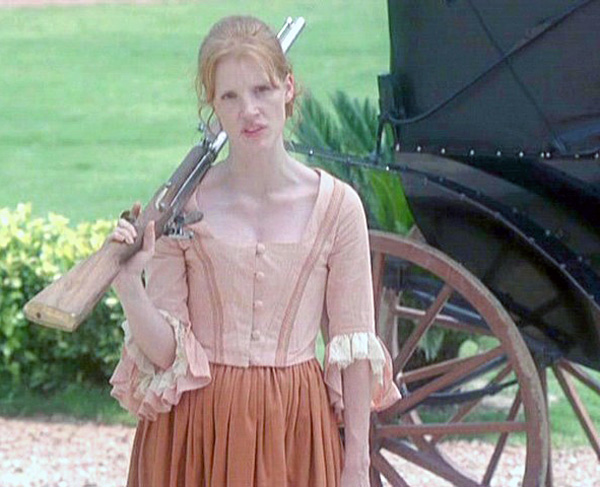 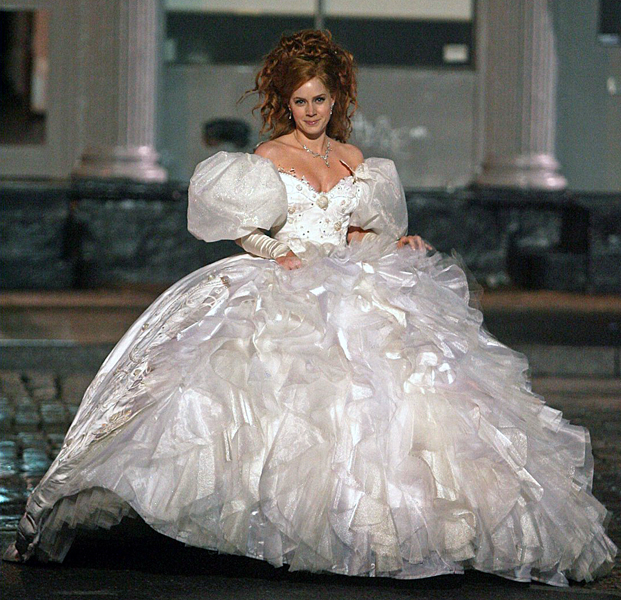 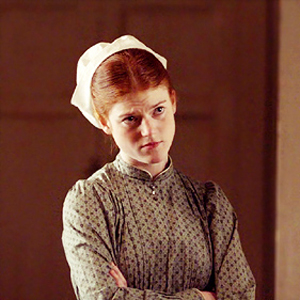 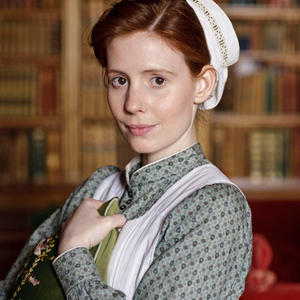 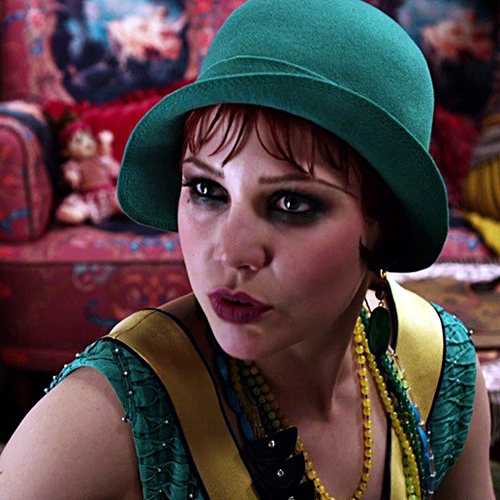