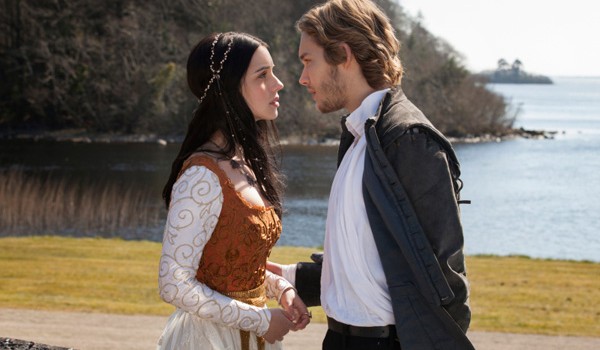 If you’re a historical costume purist and you attend a renaissance faire or Society for Creative Anachronism event and wonder WTFrock are some of these people wearing, well, you might as well blame Hollywood. Because a lot of people get their idea of 16th-century costume straight from the screen — and movies and TV sure as hell know how to get the Elizabethan era wrongity-wrong. Here are our top nine elements that make for bad 16th-century movie costumes.

The biggest offender of them all is The Other Boleyn Girl, but this is a phenomenon that predates the 2008 movie by several decades. To be fair, Genevieve Bujold has hair to die for in this film. Extra points for wearing the French Hood as a headband!

Look, we all acknowledge that the codpiece is goofy as hell, but 16th-century menswear looks weirder without it.

There’s The Tudors, which seems to leave codpieces off of every costume worn by the actor portraying a man who arguably made the codpiece famous: All I can think of here is “Wide Stance.”

Shakespeare in Love (1999) omits codpieces for every man except to make a weird visual statement by including one on Colin Firth’s character, Lord Wessex. All the other men don’t appear to have them:

Nothing to see here… Is it a necklace of Kleenex?

Pretty sure I have seen this vintage collar on Etsy…

And in the first half of Gunpowder, Treason, and Plot (2004), we are treated to not only a floating ruff, but one that is pretty clearly made from the sort of lace you’d get on sale at Jo-Ann’s:

Nothing says “period drama” like the hint of some girl-on-girl action.

It pains me to point out that Elizabeth I (2005), starring my forever #1 actress crush of all time, Helen Mirren, even features a floating ruff:

Proof that no film is immune to the floating ruff…

It seems like every 16th-century movie that’s been made in the last 15 years has had a director go on the record decreeing their intention to shake history up a bit by combining modern “sexy” aesthetics into the costuming. It’s gotten to the point that we’ve pointed this out in our podcast at least three different times. Let’s just be honest… It’s no longer “shocking” or “edgy” when everyone is doing it.

Reign is the newest offender in this category, since the entire show is predicated on the idea that 16th-century clothing is lame and in order to be relevant to the hearts and minds of young women today, the actresses in the show have to wear some kind of weird combination of haute couture and quinceañera dresses. In fact, there’s an entire section of the popular website Shop Your TV dedicated to sourcing the clothing from Reign (be prepared to have serious sticker shock). On the one hand, it’s fun to imagine how historical figures would have dressed if they lived in this day and age and had access to Alexander McQueen and Balenciaga. On the other hand… At some point you have to ask why the hell this was even put forward as a “historical” show, since the vast majority of the script bears no real resemblance to history and everyone is wearing modern clothing. Oh, and MARY WAS A RED HEAD.

On a side note, I was chatting with a young lady at a B&B in Napa a few months ago. I told her I’m an historical costumer and that lead to a discussion about how much she loves Reign but was actually curious about how to find out more about Mary, Queen of Scots (I suggested she start with this book). I began summarizing Mary’s early life in France and got carried away, mentioning Francis dies and leaves her a young widow, and the girl clapped her hands over her ears and shouted “NO SPOILERS!”

This show takes place in the 16th century. I shit you not.

I would be remiss without mentioning Genevieve Valentine’s great take-down of Reign. Well worth the read. And now back to the costumes…

Elizabeth: The Golden Age (2007) is another one of those films that falls into this category. Some of the costumes were a marked improvement on its predecessor, Elizabeth, but some are just WTF.

I have pretty much given up on trying to figure out with the costume designer was going for here. Once upon a time, when I was young and dumb, I actually tried to wear a gown without a shift. It did not go well. Face it, the undershirt is there for a reason, and that reason is to avoid chafing your entire torso. Also, it protects your precious silk gown from getting disgusting levels of dead skin, sweat, and fabric-eating bacteria ground into it.

La Reine Margot is probably the most notorious offender in this category. Isabelle Adjani is absolutely stunning in this film, but the lack of chemises are worrisome from a practical standpoint.

“I’m showing you everything you need to know about me as a woman.” La Reine Margot (1996)

And there’s The Tudors. OF COURSE.

“Ever get that feeling that you got dressed and forgot to put on your underwear…?”

It’s not just for women, either.

Welcome to the gun show, ladies.

So, here’s the thing, if you’re the average 16th-century nobleman, you wore boots for specific activities like riding, hunting, fighting in wars ‘n stuff… Y’know, the kind of activities where you want your nice wool or silk stockings to stay clean and your legs protected from the elements. When you were indoors, you wore hose and shoes, because boots weren’t practical for indoor or light activities. Besides, you spent all that money on nice cordovan leather shoes, and you want to show off your shapely calves to the ladies, and boots just obstruct the goods.

Hollywood, however, thinks you should wear boots for every occasion. If you’re a leading man, you’re not going to be caught dead in hose and shoes (unless you’re an extra). You need to proclaim you manliness by wearing boots all the time! Even in bed! Because who knows when you’ll have to jump onto your faithful steed and ride off to battle in a manly fashion at a moment’s notice?

Notice the fact that the hot young thang is in boots while the older men are wearing proper hose and shoes, in this still from Anonymous (2013):

Boots = Sexy, according to Hollywood.

Look, here’s how it works. Horseback? Just about the only thing The Other Boleyn Girl got right.

Presenting yourself to the Queen in Orlando (1992)?

Tilda Swinton shows us how its done.

I think we mainly have Joseph Fiennes in Shakespeare in Love to blame for this trope. Fiennes spends a good chunk of this movie running around with his underwear hanging out of his doublet. Trust me, this would have been the 16th-century equivalent of leaving your fly unzipped.

Hey, Will. Your barn door’s open.

Rufus Sewell, who is probably the only redeeming thing about Dangerous Beauty (1998), a movie so bad we couldn’t even podcast it, even lets it all hang out:

This doublet can barely contain the hotness. Also, the guy in the background.

I’m too sexy for buttons. And codpieces.

One of those bad 16th century movie costume tropes that seems to have a significant bleed over into historical reenactment costuming. I say this with love, but if you’re going to embroider or embellish your outfit, don’t just do one giant motif in the center of your bodice/doublet/skirt. And The Other Boleyn Girl:

First of all, yes, men wore leather doublets and jerkins in the 16th century. HOWEVER. They didn’t really look like the renaissance take on a biker jacket, unlike what costume flicks would have you believe. They looked like this: Tony Regbo as Francis in Reign is going to meet his tragic destiny in a nice suede number. Ok, what is it with this kid and leather? Like, every other costume of his is like this. Trying to look hard because he can’t get it up? I am still unconvinced that this actually leather.

In the trouser category, there’s Cesare Borgia in The Borgias, who strides around in tight leather pants: Granted, he spends the other half of his screen time not wearing any pants.

Is nine enough? What else makes for bad 16th century movie costumes? Share the things you love to hate in Elizabethan-era movies and TV series!