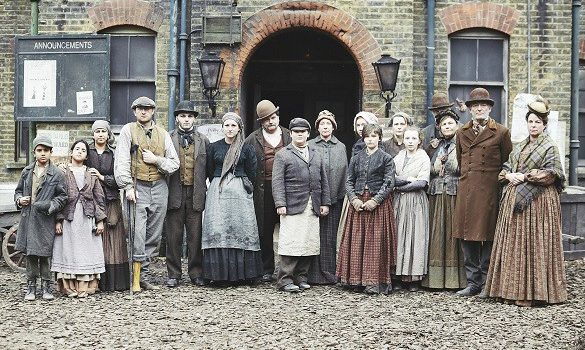 As usual, we Americans are lagging behind the UK when it comes to interesting historical costume-related programming: this most recent offering from the BBC2 being The Victorian Slum, which just began airing across the pond is part of the Beeb’s pantheon of “Historical House” reality shows that dump 21st century people into historical living situations they are frequently woefully unprepared for. From the advance promotional material, “Slum” promises to be one of the grittiest series yet. London’s Victorian slums were immortalized by the likes of Charles Dickens as places of desperate poverty, awash in filth and disease, and overall not a very pleasant place to find oneself if one was born into, or fell into, the wrong set of circumstances — that said, the previews show things a bit differently: respectable modern tradespeople, such as tailor Russell and his family, living as respectable Victorian tradespeople. 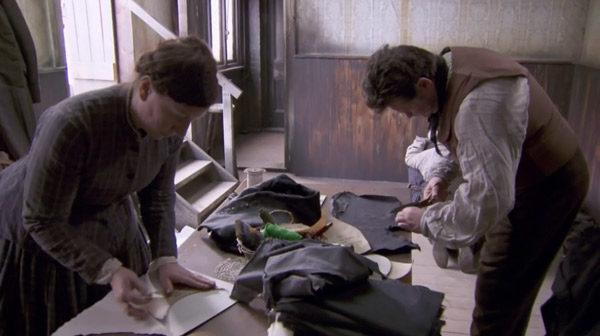 Just minus the sewing machine. 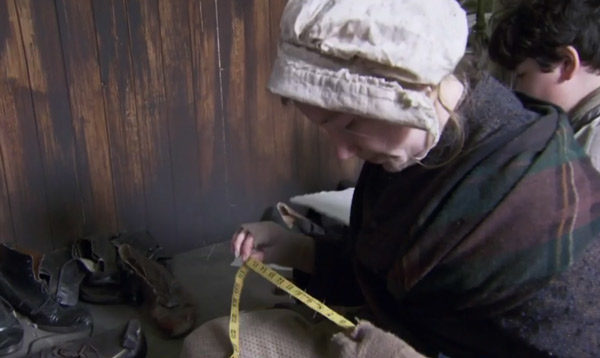 They even appear to have children who aren’t whiny little shits when put to work.

In an interesting twist, the show also features Andy, an amputee, who has to come to grips with not only the lifestyle change of living in a slum circa 1860, but also the discomfort and inconvenience of a Victorian prosthetic leg. 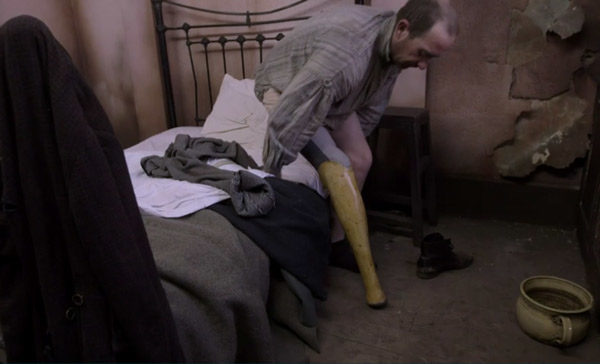 Note the chamber pot and distinct lack of peed-in corners. 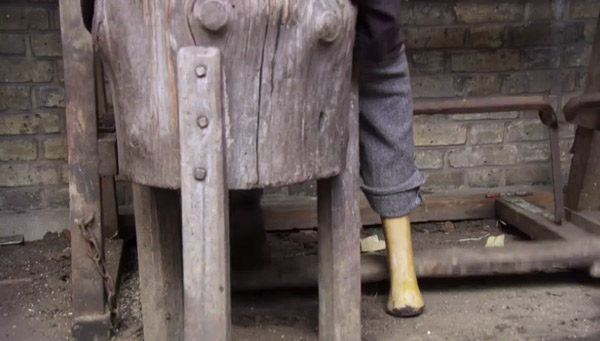 Andy works a treadle lathe, making something that he will sell to earn a meagre living.

The cast is joined by siblings John and Maria Baker who have come to the East End from Ireland in hopes of bettering their circumstances. Instead, they are faced with Victorian xenophobia regarding the Irish as the missing link between humans and chimpanzees; the original “they’re stealing our jobs” scapegoats. 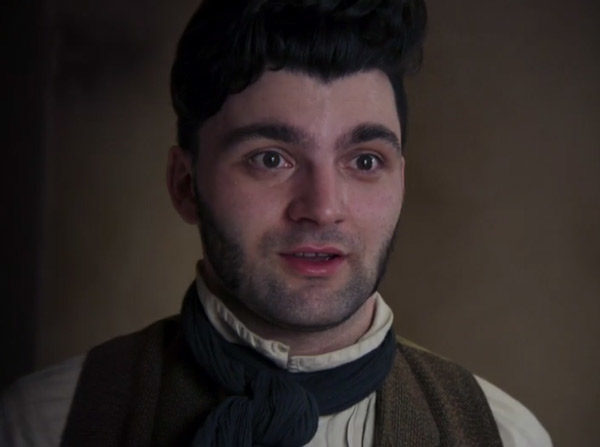 John also has the most amazing hair ever.

The kids come across as really dedicated to the entire experience. 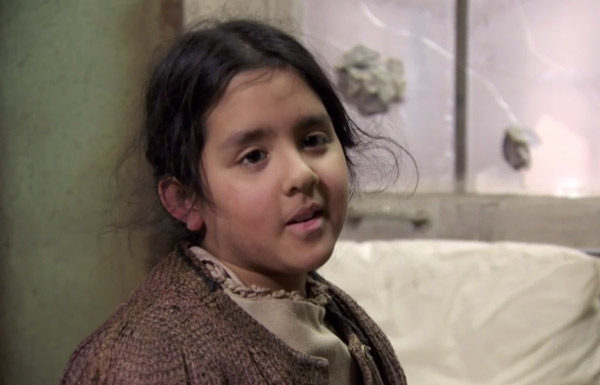 This little one discovers that she not only enjoys sewing, but is “actually quite good at it.” (ONE OF US!) 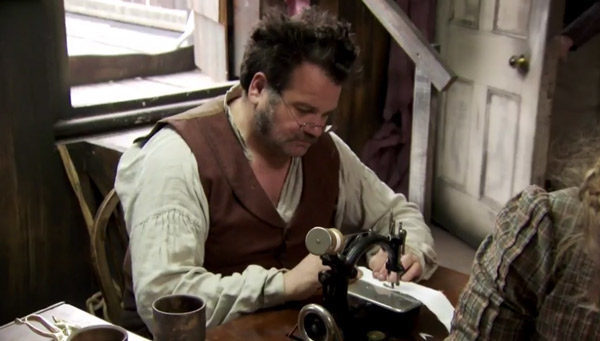 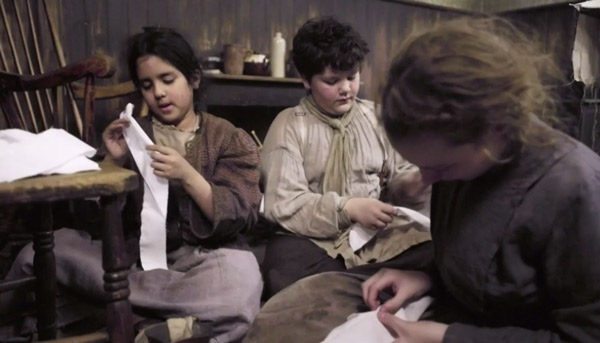 But he still relies on “child labour”, while the kids are lauded by the adults for being “grateful” for the few pennies they earn to help their parents make rent.

So far there’s no word on when, or if, the US market will get a taste of the slum life, but you can check out The Victorian Slum’s Facebook page for some great shots of the cast. And for those of you with a region-free DVD player, pre-orders of the entire season are available over on Amazon UK. It’ll make a great gift for any Anglophile and/or Dickens Fair cast member on your holiday gift list!

Do you think you’d survive life in a Victorian slum? Let us know in the comments!