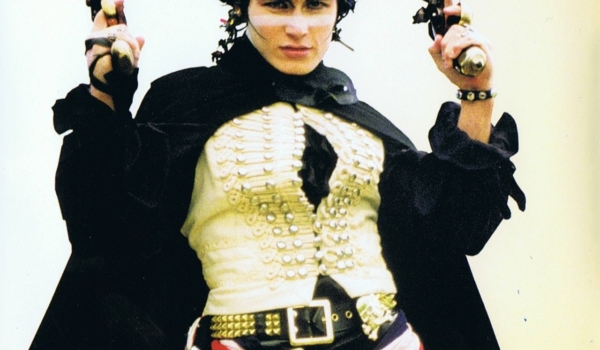 Remember that post Kendra did about Adam & the Ants video “Stand and Deliver”? If you missed it, go back and read it because it is comedy gold. Hell, here’s the video again, even if you have seen it, because it is a Work of Staggering Genius and should be honored with another viewing. I’ll wait.

OK! So I got curious about the production of this video and a couple of Google searches later, I came across this site which has the credits for every Ant video made, which states the following for “Stand and Deliver”:

Additional info: This was the first video which Mike Mansfield directed with Adam. The idea was to create a Hollywood movie in three minutes. The making of the video was featured on a BBC programme. The hanging sequence in the video was considered to be too violent, and so many programmes broadcast a re-edited version which cut out the scene all together.

Stagecoach maiden? You mean “Miss Goth Universe 1981?” Why does that name sound so familiar…? 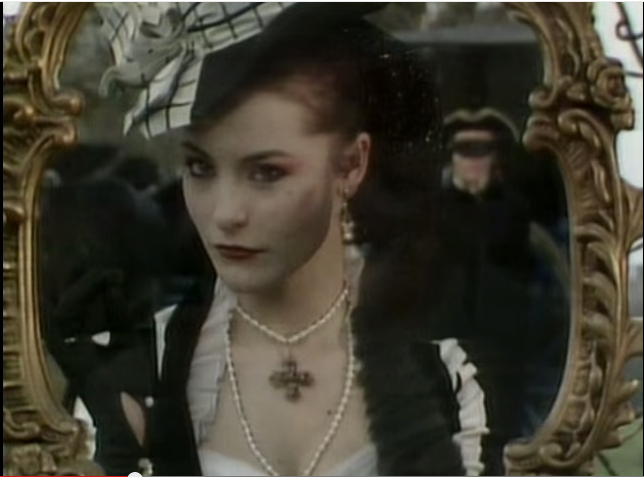 Bitch, don’t EVEN pretend like you don’t know who I am.

Then it clicked. AMANDA DONOHOE. The Madness of King George (1994). And a bunch of other stuff for which she’s probably way better known for, but dammit, LADY PEMBROKE IS MY SPIRIT ANIMAL. 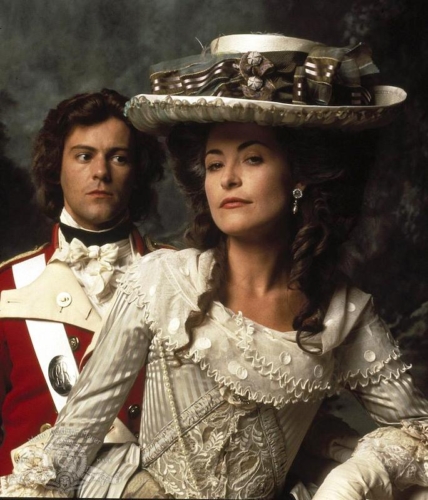 Lady Pembroke, the hottest lady-in-waiting ever.

Apparently, Donohoe and Ant were an item back in the early-’80s and were dating during the filming of “Stand and Deliver.” But the connections from the video and the costume flick world don’t stop there… There’s the “Stagecoach Dandy” who, believe it or not, is a big deal in the costuming world. 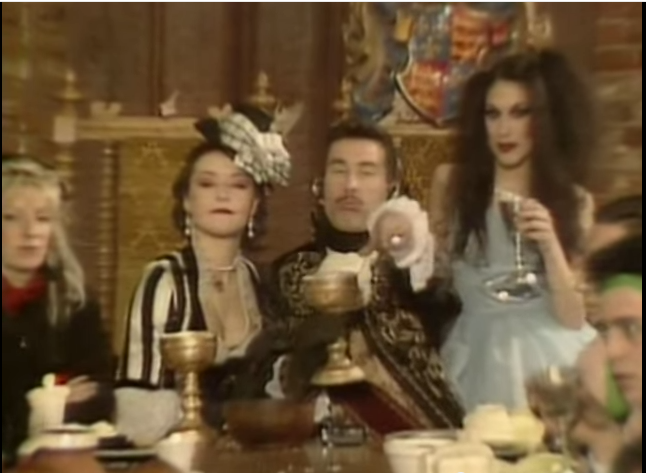 Kendra lovingly refers to him as “Crappy Buzz Cut Guy.”

His name is Dave Whiteing (sometimes billed as Charles David Whiteing or C. David Whiteing, just to make things complicated). He’s apparently the fellow who was responsible for kitting out Adam Ant in his famous “dandy highwayman” outfits, and he is no less than one of the go-to experts on historical military uniforms in Hollywood, with a resumé that includes work on Braveheart (1995), Saving Private Ryan (1998), Gladiator (1999), Band of Brothers (2001), and The Monuments Men (2014).

In the excellent documentary “The Madness of Prince Charming,” Whiteing mentions that the waistcoat Adam is wearing in the video was from the 1968 film The Charge of the Light Brigade, and alludes to it being worn by David Hemmings in his fierce portrayal of Capt. Louis Edward Nolan.

Later in the documentary, Whiteing talks about the making of the video for “Stand and Deliver” and his part in all of it, jokingly referring to his “third-rate acting.” I highly recommend watching the entire documentary, even if you’re not an Ant fan, because it is a great look at bipolar disorder and how it can both shape and destroy an artist’s life.

Finally, my internet digging came up with this little clip from 1981, which is a glimpse of the filming of “Stand and Deliver,” probably recorded for some TV breakfast news program.

The music video was released in the spring of 1981, and it wasn’t until that summer that MTV first aired in the US, and it wasn’t for a few more years before music videos started becoming “three minute Hollywood movies” with a narrative and plot and costumes and whatnot, rather than just four guys in a room playing their instruments and lip-syncing the words. “Stand and Deliver” really was ahead of its time in that regard, and it’s probably not a stretch to say that it helped define the music video age.

What’s your favorite “six degrees” of the costuming world and the music world?