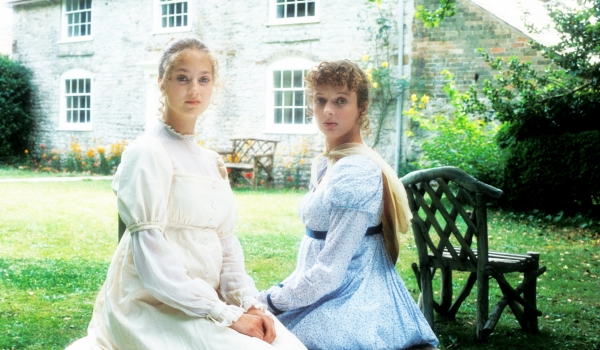 It’s hard not to compare this with the 1995 adaptation, which I’ve seen probably 200 times (all before viewing this one) — apologies!  Overall, I enjoyed the storytelling — the fact that it’s a mini-series rather than a movie gave it room to include more characters and events than the movie, and it stays more faithful to Austen’s original storyline.  It was nice to see Lady Middleton, Miss Steele, and Mrs. Ferrars included, although I did miss Margaret.  I preferred some of the characterizations as well, especially Edward Dashwood — much more convincing as a shy but good man, and somehow it was more clear why Elinor fell in love with him — and Colonel Brandon, helpfully looking his proper age of 35ish as opposed to Alan Rickman’s totally unconvincing late 40s/early 50s.  On the other hand, I found Marianne to read as terribly young (more true to the age of her character in the book), but as such pretty darn irritating and unsympathetic — the heartbreak I felt in Kate Winslet’s portrayal just seemed like youthful melodramatics here.  On the whole I liked Irene Richard’s portrayal of Elinor, although she could be rather one-note in some scenes.  Now, the costumes — sorry kids, but they’re VERY high school costume shop.  Lots of what looked like cotton broadcloth (probably wasn’t, but that’s what it looked like) and cheap synthetic glitzy bits on the more well-to-characters.  Nonetheless, worth a watch for Austen fans!