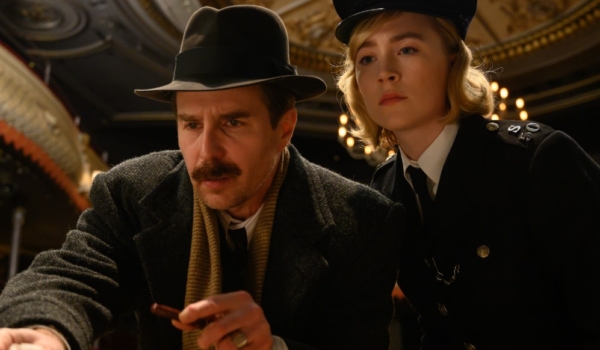 See How They Run (2022) is a delightful little British murder mystery that was recently released on HBO Max, starring Sam Rockwell and Saoirse Ronan in a classic Agatha Christie caper. Directed by newcomer Tom George, it has strong Wes Anderson overtones, which, if you like Wes Anderson, is not at all a bad thing. I like Wes Anderson and am always stymied by his films because he sets them in a pseudo-historical world with no fixed historical timeline, so I can’t really talk about them on this blog. See How They Run saves me from that problem by being firmly set in 1953, incorporating real historical figures like the actor Richard Attenborough. Agatha Christie (played by Shirley Henderson) even makes an appearance. The adherence to historical accuracy is pretty strict insofar as the costumes and sets go, but considerable liberties are taken with the historical characters (an irony that won’t escape our readers when one of the characters tries to placate another by stating that factual events need to be treated with respect and not just twisted for entertainment purposes). 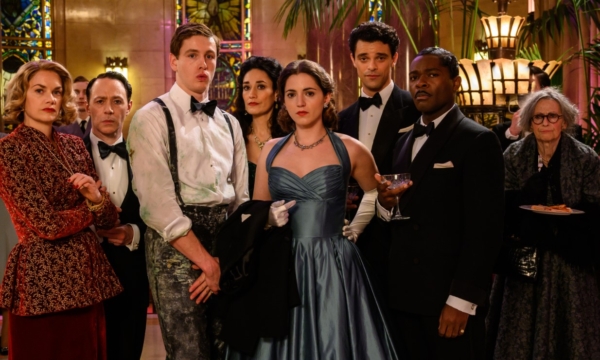 The suspects include famous actors, producers, directors, and their associates.

The costumes were designed by Odile Dicks-Mireaux (most recently of Last Night in Soho fame) and reflect the wide variety of fashionable silhouettes emerging in a post-World War II world. There are full skirts side-by-side with fitted pencil skirts and smartly tailored jackets on the women. Most of the men wear suits, either tuxedos or business suits, but subtle changes in fit or styling convey loads of information about the characters’ place in society. 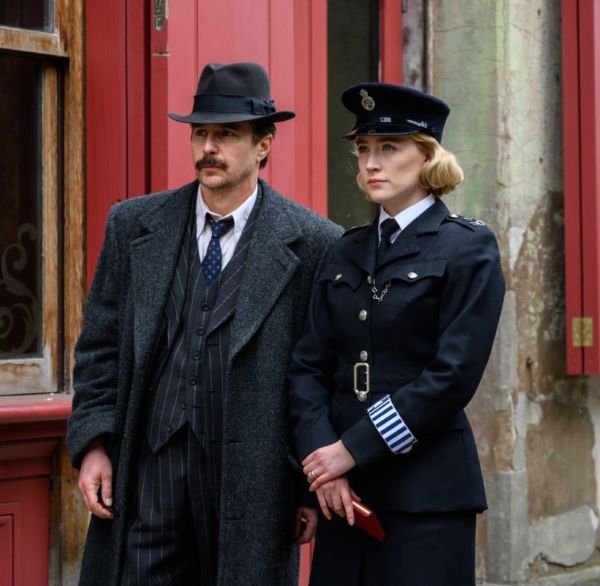 Sam Rockwell plays Inspector Stoppard, and Saoirse Ronan plays his partner, Constable Stalker. They are assigned to investigate a mysterious death on the set of the Agatha Christie play, The Mousetrap. 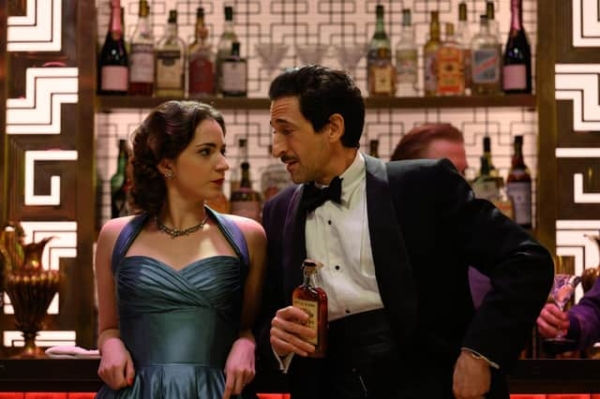 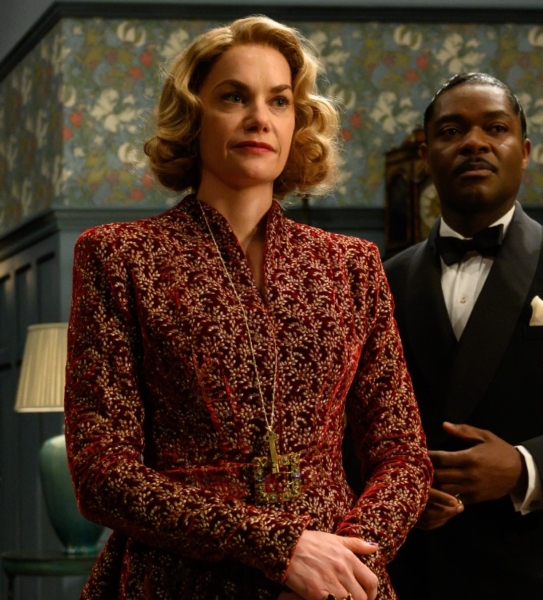 Ruth Wilson portrays Petula Spencer, the play’s producer and the one who has the most fabulous wardrobe in the film, as far as I’m concerned. 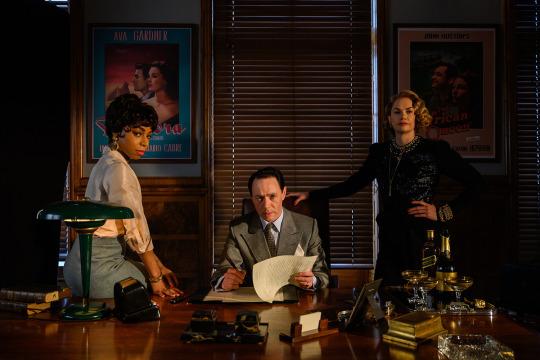 Producer John Woolf, who owns the rights to The Mousetrap, is the subject of blackmail for his affair with Ann Saville (Pippa Bennett-Warner). 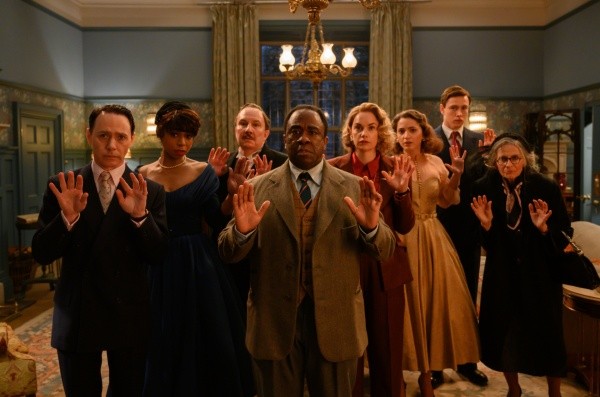 Things start to come to a head with all the suspects being lured to Agatha Christie’s home, ostensibly for a dinner party. But who is truly responsible for the murder?

Have you seen See How They Run (2022)? Share your thoughts with us in the comments!