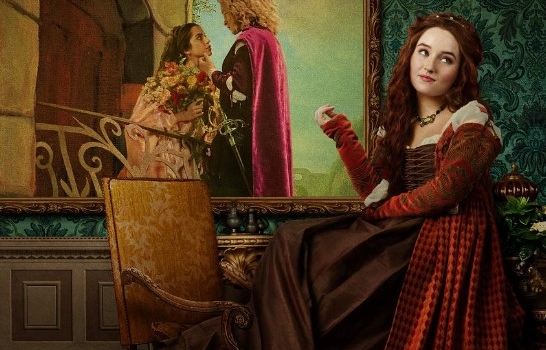 Rosaline (2022) does to Romeo and Juliet what Rosencrantz & Guildenstern are Dead (1990) did to Hamlet — takes the minor characters and tells the story through their eyes. And like it’s predecessor, Rosaline does it with modernized language against the backdrop of a surprisingly detailed historical setting.

The film focuses on a character that is only mentioned in passing in Romeo and Juliet, that of Rosaline Capulet whom Romeo first fancies himself in love with before spying Rosaline’s (younger and richer) cousin, Juliet. In the play, Rosaline is committed to staying chaste and eschewing Romeo’s romantic overtures, so he turns his attention to the much more receptive Juliet and, well, things get complicated. You might be forgiven for not even realizing Rosaline was a character in the play to begin with, since many adaptations omit her entirely for the sake of expediency and not making Romeo look like more of a stupid young man than he already does. The film was inspired by the novel When You Were Mine, by Rebecca Steele, which is based around the Rosaline+Romeo “love story” but is set in a modern setting. 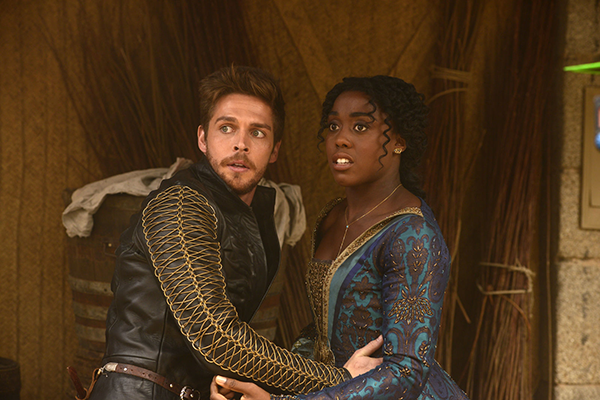 Rosaline is also the main character in Still Star Crossed (2017) which we reviewed a few years ago. So, this treatment isn’t exactly groundbreaking, but the two shows are very different from one another. 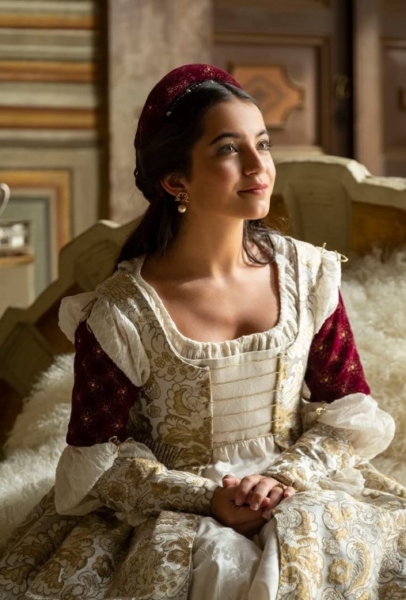 For one thing, the costumes are much better.

In this film, Rosaline (played by Kaitlyn Dever) is the lover that Romeo (Kyle Allen) jilts for Juliet (Isabella Merced), due to no real fault of Rosaline herself. The fates conspire to keep her from attending the masquerade ball where they were supposed to rendezvous, but already their love has somewhat soured as Romeo impulsively professes his love and Rosaline balks. The reason that Rosaline is late to the ball is because her father (played by Bradley Whitford) has set her up on a date with a handsome and eligible bachelor, Dario (Sean Teale), whom Rosaline is resolutely unimpressed with despite all of his obvious qualities. She has eyes only for Romeo and, once she realizes that she’s been cast aside by the inconstant Romeo, decides if she can’t win him back, she’ll do everything she can to break up Juliet and Romeo. Hijinks ensue. 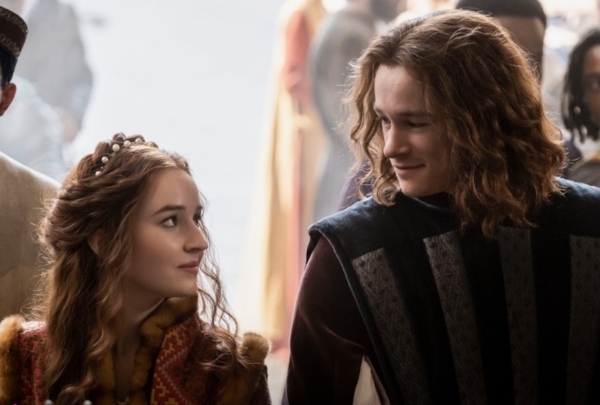 Rosaline and Romeo meet clandestinely in a crowded marketplace. They are soon interrupted by Tybalt, Rosaline’s douchey cousin, who wants to fight Romeo.

I’ve seen a lot of reviews liken the dialog in Rosaline to Dickinson (2019-21), and I think the comparison is pretty apt. Rather than just use “updated” modern language, the main character Rosaline Capulet sounds exactly like you’d expect a 2020s young woman would. I know this will irritate the everloving hell out of a certain subset of historical film fans, and I will admit I had moments where I rolled my eyes when the dialog got a little too realistic for 2022, but since I didn’t expect much from this film to begin with, it really didn’t bother me all that much. Plus, the costumes were excellent, which made up for a lot of the cringey modernisms exhibited by the main character. 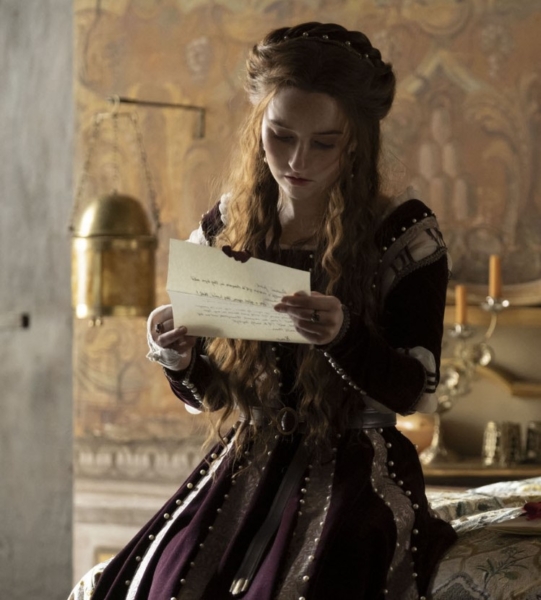 I particularly liked this costume because it is so evocative of late 15th century Italian style.

The costume designer is listed on IMDB as Mitchell Travers, who recently designed the eye-bleedingly spot-on biopic, The Eyes of Tammy Faye (2021). Honestly, not a lot of press has specifically mentioned the costumes, which is a shame because they’re really very good. Travers’ writes on his Instagram:

“Know the rules so you can break them” is advice I give to my students all the time, no lie. 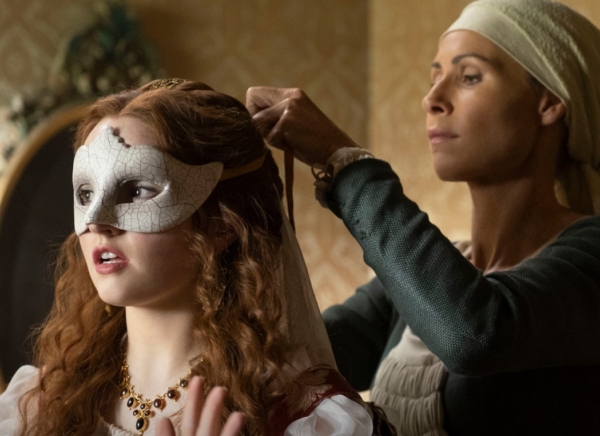 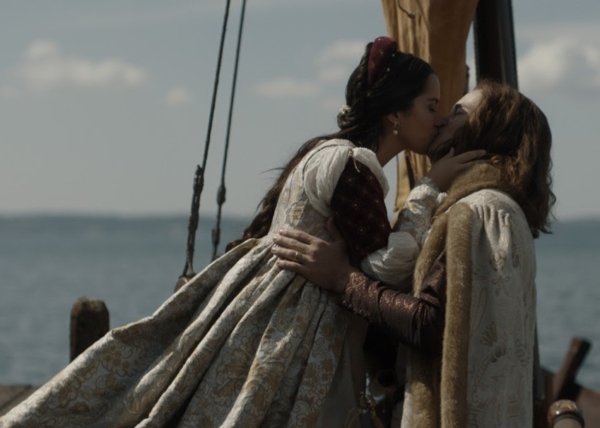 Will this couple live happily ever after? Don’t be too sure about that…

If you’re looking for a nice way to spend 90 minutes of your life without having to invest too much emotional energy in a film, you could do a whole lot worse than Rosaline. It’s pretty, uncomplicated, and has nice eye candy, so I can see it becoming a staple in costumers’ lists of films to watch while sewing.

Have you seen Rosaline (2022)? Tell us about it in the comments!