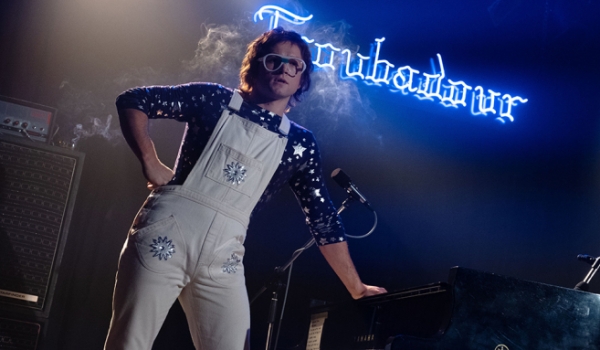 Frock Flicks has a nominal cutoff date of 1969, so any film set after is something we won’t typically cover (we have broken this rule a couple of times, though). But there are an increasing number of films and television shows coming out that are based in the retro nostalgic period of 1970-1990 that are actually pretty interesting with convincingly good costuming. We do get a lot of requests to cover some of these shows, which usually results in us having to invoke the “pre-1969” rule and point them towards Tom + Lorenzo or other sites that discuss more contemporary “historical” fashion in film and TV. However, I figured I could at least throw out some mentions of some of the better crop of post-1969 “historical” flicks to grace my TV screen.

The Get Down (directed by Baz Lurhmann) is based on a graphic novel series called Hip Hop Family Tree, which outlines the origins of hip hop in New York City during the 1970s and 1980s. It follows the fictional teenager Zeke and his group of friends as they set out to become part of the burgeoning hip hop scene in inner-city New York. The costumes are fairly cringe-worthy as you’d expect anything set in the late-1970s to be, but also breathtakingly gorgeous and elegant. I was ready to die for any of the disco dresses worn by Myele and her friends. It’s a shame it didn’t get picked up for another season. Paranormal stuff is totally my jam. I haven’t yet watched the subsequent seasons, but Season One was cited repeatedly as being realistically 1980s without being too campy about it. I have a lot of unresolved emotions about that telephone. Every kid I hung out with in the early 1980s is in this photo.

I’d say this is more of an example of campy 1980s, even if the vast majority of costumes in the film are suits. As for the movie itself, I enjoyed it but I’m not sure I’d go out of my way to watch it again. For all the years that Leonardo di Caprio has annoyed me, I did actually enjoy him quite a bit in this OTT role. Director Dexter Fletcher directed both of these biopics that were released within a year of one another, so I’m just going to deal with them together. While I am a bigger Queen fan in real life, I thought Bohemian Rhapsody was the weaker of the two films, as it went more for a sanitized “family friendly” vibe when retelling the story of Freddie Mercury’s life as the Queen frontman.

Contrasting that with Rocketman, the highly stylized and surreal biopic of Elton John’s life and career, which was just pure joy to watch. The costumes in both were great, but Rocketman had more opportunities to go off-the-charts bonkers with recreations of some of Elton’s most iconic stage costumes. I thought Rami Malek was pretty good as Freddie, honestly. Also, I thought Gwilym Lee was a dead ringer for Brian May. The iconic devil costume in the film is not a direct copy of any of the costumes actually worn by Elton (which were famously designed by Bob Mackie). It is pretty spectacular, though. The “everyday” costumes in the film are ostentatious but believably rooted in the 1970s. It was a very ostentatious era on it’s own. Do you have a favorite film or TV show that’s set 1970-1990? Share it with us in the comments (though we probably won’t cover it on the blog)…