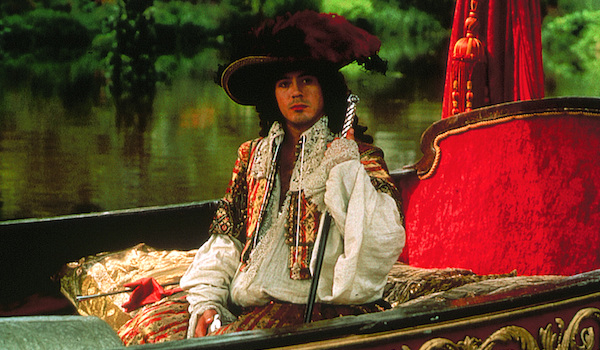 In our Restoration podcast, we recommended these costuming books and sites for more information on clothing in the 1663 to 1670 period of the film.

Seventeenth-Century Women’s Dress Patterns: Book 1 and Book 2 by Jenny Tiramani and Susan North — See extant garments inside and out (X-rayed, even!) for an in-depth understanding of what people really wore.

Fashion and Fiction: Dress in Art and Literature in Stuart England by Aileen Ribeiro — An academic, yet approachable survey of period fashion as shown through portraiture, lushly illustrated.

Lions of Fashion: Male Fashion in the 16th Century, 17th Century, and 18th Century by Lena Rangstrom — All about the menfolk, in Swedish but full of gorgeous images that need no translation.

Sir Peter Lely — Court painter to King Charles II, Lely captured the King’s mistresses on canvas. Peruse Wikimedia for images of the most famous ladies, among others.

Sir Godfrey Kneller — Another of King Charles’ court painters, Kneller’s work shows more of the men, including the King himself.

LACMA fashion plates — The Los Angeles County Museum of Art has some excellent 17th-century costume resources. These fashion plates are mostly French, so they show what the most au courrant were wearing.

Nicole Kipar’s 17th-Century Clothing History —  This reenactor and costumer has a valuable collection of resources, both written and visual.