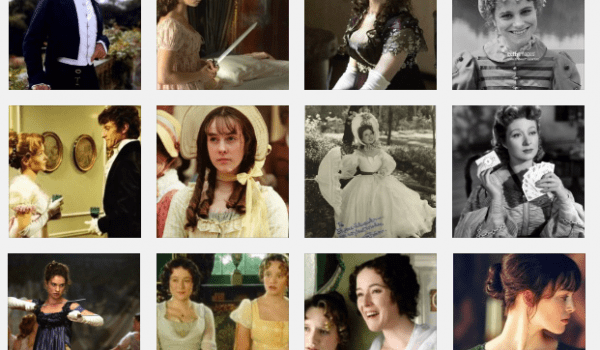 Whether we like it or not, Hollywood wants safe bets, and that means remakes seem to get green lit frequently, particularly in the historical genre. For instance, we seem to get a new Pride and Prejudice remake every 10 years or so, while the rest of Jane Austen’s back catalog is generally ignored or relegated to the occasional public television miniseries. It’s a wonder that Love and Friendship made it to the big screen, instead of another gritty reboot featuring Elizabeth Bennett’s tortured exploration of forbidden desire. Sense and Sensibility only made it onto film because Emma Thompson was at the peak of fame at that point and wrote the screenplay, and sure enough, a decade later, we got a crappy remake that had none of the charm of its forebearer.

*clomps in with her hem 24″ deep in mud* “I AM ELIZABETH BENNETT, MODERN WOMAN.”

A remake should add something to the original, not get bogged down by jarring modernizations in character or tone or questionable casting decisions. Nor should it be a cut-rate slavish copy of the original, except with less talent and low budget costumes. I’m looking at you, Disney’s Three Musketeers (1993). “His name is Oliver, so OBVIOUSLY he’s perfect for the role that Oliver Reed made so iconic. Forget that he’s, like, one-third the actor Reed was, and totally unsuited to the role … HIS NAME IS OLIVER.” The look on Chris O’Donnell’s face says it all.

Another example comes to mind — the latest gritty reboot of Anne of Green Gables, re-titled Anne with an E to set it apart from, as show writer Moira Walley-Beckett quipped, “Other versions of ‘Anne’ out there for 5-year-olds.” Walley-Beckett, btw, was the scriptwriter responsible for one of the darkest and most brutal Breaking Bad episodes in the show’s four year run, “Ozymandias.” That should tell you all you need to know about where Anne with an E is headed.

Compare with the beloved 1985 CBC Anne of Green Gables — it is a classic story made iconic through brilliant casting, great scriptwriters, and attention to period detail that transported the viewer into another age. Megan Follows’ Anne is feisty and very feminist, but she’s also a product of the turn-of-the-20th-century cultural norms. She transgresses constantly, especially after she arrives in Avonlea. She is gradually civilized, but her spirit is never broken. She always remains true to herself, and true to the character as written, even as she matures from feral child into an educated and cultured young woman. And who can forget that pivotal scene where Anne puts Gilbert in his place by breaking her chalkboard over his head. Who among us didn’t long to do do the same with our bullies and tormentors, but for the lack of chalkboards? (Though, there was the time I kicked a kid in the shin for the same braid-pulling stunt Gilbert did and managed not to get in trouble for it.)

The 2017 remake, however, tends to lose sight of the innate strength of its source material in the ham-fisted quest to give the characters “depth” (translation: emotional trauma that must be laboriously dealt with by inserting PTSD-flashbacks). Oh, awesome, we get to explore Anne Shirley’s abusive childhood in excruciating detail prior to moving to the safety of the idyllic Prince Edward Island, but does it add anything to the story? Throwing in abuse or other forms of “reality” doesn’t add to anything; it arguably lessens it, because we are being hit over the head with the emotional sledgehammer, rather than Anne gradually revealing her past trauma through her current actions, like in the book or the 1985 adaptation. And while Megan Follows’ Anne wasn’t afraid to put a bully in his place, Amybeth McNulty’s Anne resorts to full-on physical assault.

Anne cried out, striking Gilbert with the full force of her feminist rage, “FUCK THE PATRIARCHY!”

Often times, it’s these gritty reboots and the outcry among fans of the originals that spurs the harsh rebuttal that we should just shut up and take it because it might make people who wouldn’t normally watch a film about a little girl interested in seeing it. Because violence sells, amirite? What this really says is that studios are more interested in shocking audiences than nuanced portrayals of beloved characters. Thing is, I’ve yet to encounter anyone who will admit that watching a child get smacked around is what drew them into a show they otherwise wouldn’t have watched. The end result is that we are left with a pointless remake that brought nothing of value to the table, except a little girl’s PTSD. Anne’s face every 10 minutes in Anne with an E.

Another part of my frustration with the remake/reboot cycle is that we get the same five historical figures constantly being reworked and re-imagined every decade or so. How many films do we need about Queen Elizabeth I? How many about Henry VIII? Or films that tell yet another tortured tale about World War I/II and how it fucked everyone’s lives up?

THERE IS MORE HISTORY OUT THERE THAN JUST THIS.

Anne Boleyn again? Didn’t we just have her for dinner last week?

It’s just much easier to tread the same well-worn path than to crack a book and discover a historical figure that’s not as well-known and yet is totally relatable to this era of movie goers. Just off the top of my head, I would LOVE to see someone bring the life of the Chevalier d’Eon to the screen, big or small, and to have a chance to tell her story of being transgendered before anyone even knew that was a thing. The King of France even made a decree that she be addressed as a woman, for crying out loud, making her biological gender irrelevant out of respect for her as both a faithful servant, a respected warrior, and a human being. And this was THREE HUNDRED YEARS AGO. There’s got to be a trans actor out there DYING for a role like this. Ok, there was that French film made 50 years ago, and an anime, but c’mon … If any historical figure is begging to be updated and recast for a modern audience, it’s d’Eon.

But that would require taking a risk. God forbid.

And so we are due for yet another classic film remake that tells the same damn story with some stupidly pointless tweaks that are just going to piss us all off. At least it keeps blogs like this one in business.

Are you sick or remakes and reboots too? Do you want more risks in your historical dramas?