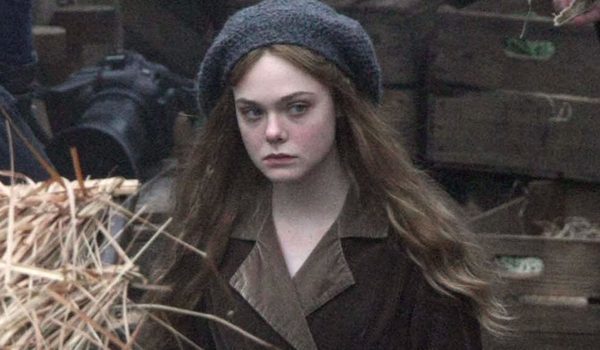 I’ve been updating the Upcoming Movies list recently, and I came across the movie formerly known as A Storm in the Stars, described as “The love affair between poet Percy Shelley and 18 years old Mary Wollstonecraft, which resulted in Mary Shelley writing Frankenstein.” Now the flick is titled, simply, Mary Shelley. It’s in post-production with no premiere date aside from the nebulous “2017.”

However, we have a couple of promo photos with Elle Fanning as the titular heroine (plus I scrounged some behind-the-scenes pix), and as Frock Flicks resident literary geek, I have issues. Not so much with the actress — she hasn’t been in enough period films for me to judge how well she’ll do as the author of Frankenstein. Though I guess she’s the right age, given that Mary Wollstonecraft Godwin was 17 when ran away with Percy Bysshe Shelley and Fanning is about 19 herself.

I’m concerned about the costumes and styling. Of course, I am, that’s what we’re here for. Let’s look… 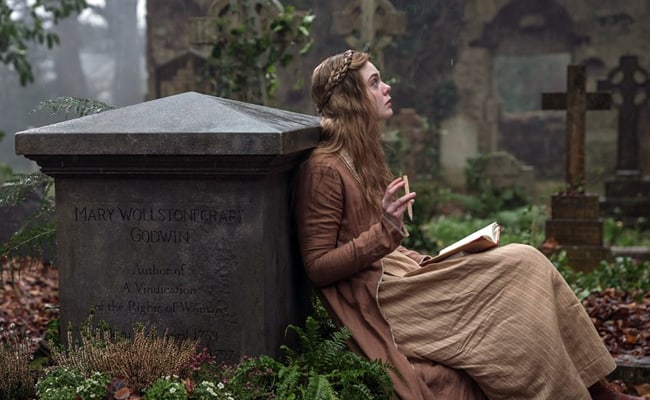 Promo shot of Elle Fanning as Mary, resting on her mother’s tomb. 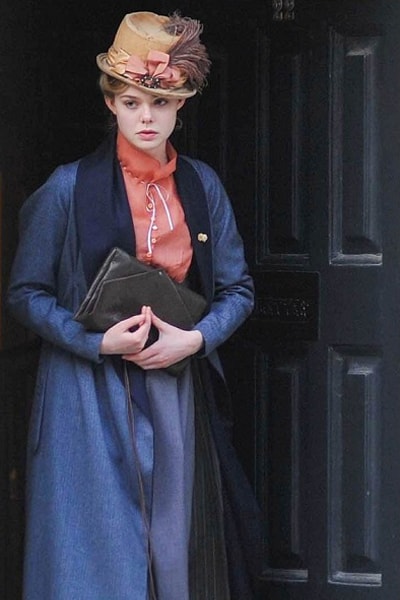 Filming on location in Dublin, Ireland, in 2016. What is up with the ribbon running stitch thing at the neckline of that blouse? 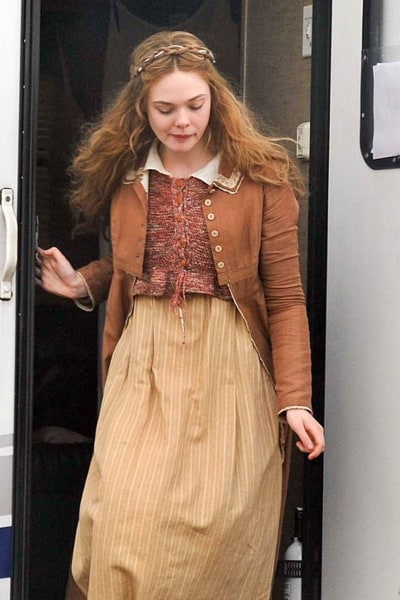 Behind the scenes shot of Elle Fanning in, um, costume as Mary Shelley. Where do we start? The loose hair and braid? How about that sweater? The whole look is like Regency grunge.

Admittedly, we don’t have any extant portraits of Mary Shelley as a young woman. The most well-known image of her is from later in life, long after her husband had died. 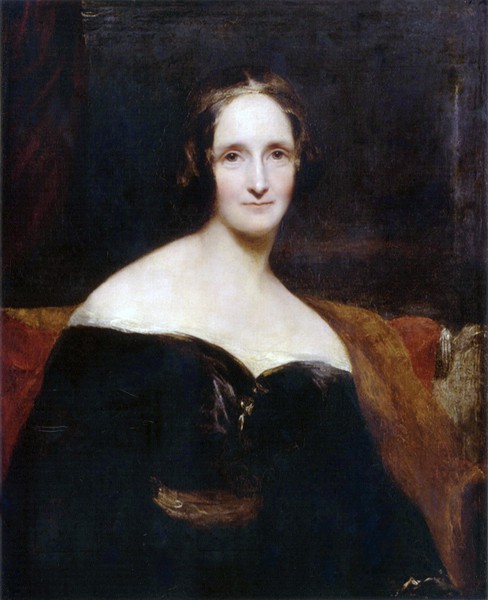 But we do know what other young English women of the 1810s looked like, including Shelley’s step-sister Claire Clairmont, who, as Lord Byron’s lover, was present on the fateful Lake Geneva trip that inspired Mary Shelley to write Frankenstein. 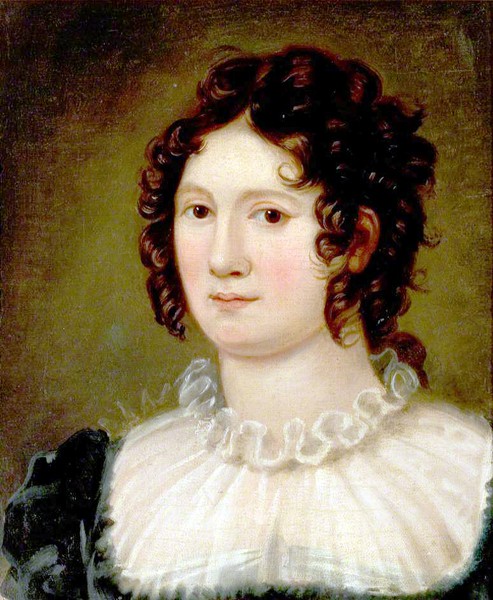 Note the curls neatly piled on top of her head and how she’s dressed like, oh, most every other Englishwoman of the period. Just because  Claire was something of a wild child and proponent of free love according to her letters with both Byron and Shelley, that didn’t mean she wore crazy stuff — that’s such a modern trope. Also compare with similar women of the era. Writers looked just like everyone else. 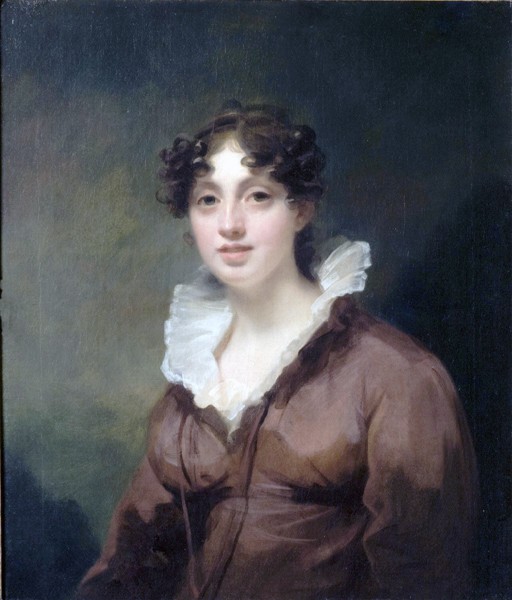 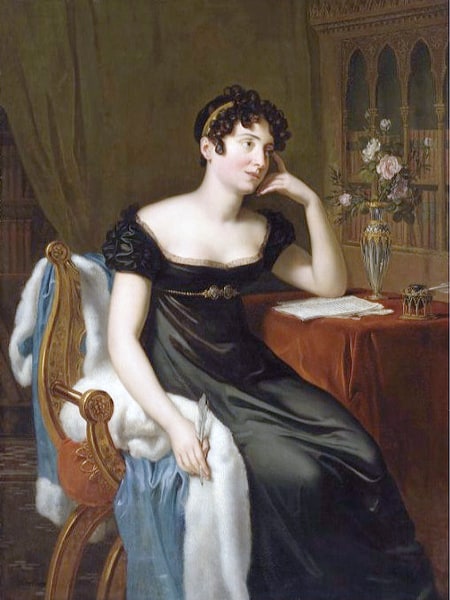 While we’re here, I’ll complain about Percy Shelley too. He’s played by Douglas Booth, best known for his part as Mr. Bingley in Pride & Prejudice & Zombies (2016), although he does have a fair number of legit historical costume movies and TV shows to his credit. 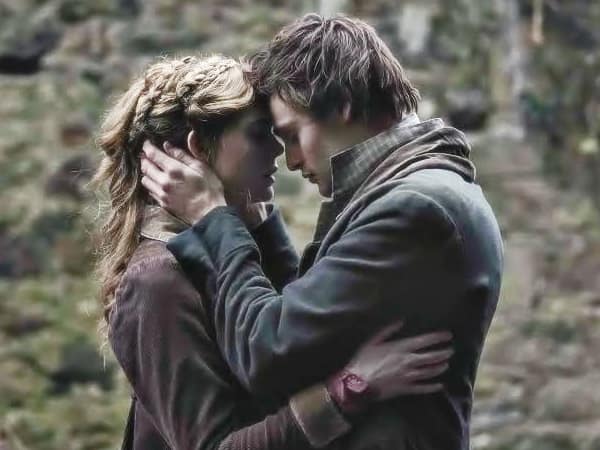 Forget you’re seeing this photo on FrockFlicks.com — couldn’t this be from *any* romantic-tragic-drama movie, say, in fall or winter? Not just a historical one? AMIRITE???

Still, we don’t have a video, and nothing much to say about the acting. I’m just going to be dubious about the looks, because I don’t see “romantic poet” here as much as I see “generic 21st-century guy.” It’s probably the hair, which needs to be a bit longer and lighter (Mary’s should be darker; I’d swap the colors on those two). 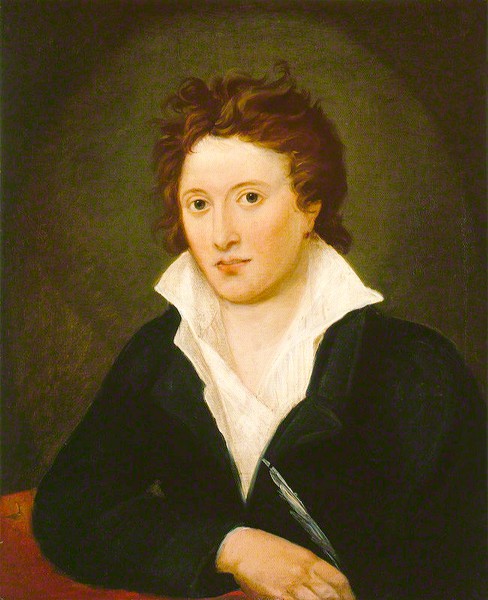 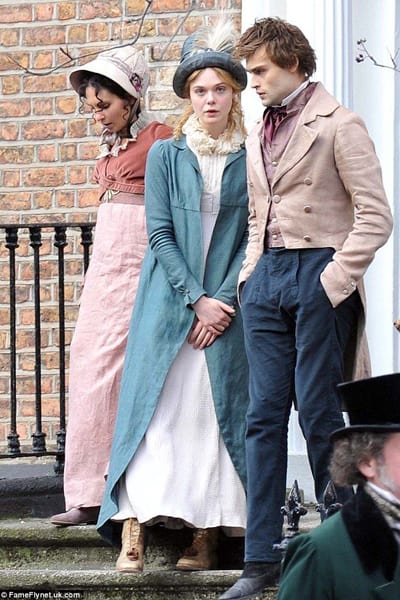 Sure, this Mary Shelley could still be a great movie telling a fantastic story. I don’t know. But man, I wish the first promo pix weren’t leaning towards the romantic cliche and showed a touch more historical realism. We’ve already had Gothic (1986), Haunted Summer (1988), and Rowing With the Wind (1988) that all did the same overblown romantic / gothic / tragic take on Lake Geneva with Mary and Percy Shelley, Lord Byron, and Claire Clairmont. Maybe changing the title indicates the film is broader in scope than just Mary Shelley’s romantic life. We can only hope, because the images aren’t hinting at it … yet.

Are you looking forward to this new Mary Shelley biopic?