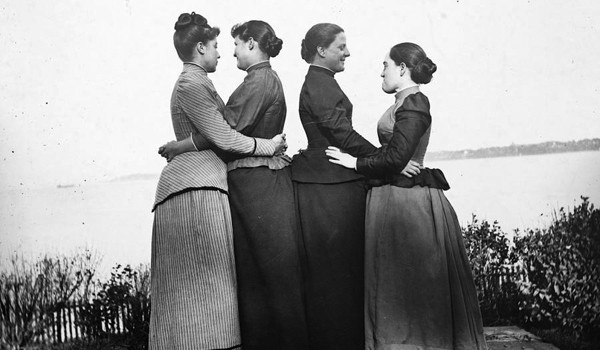 Our occasional series about history’s most interesting people who have been overlooked by Hollywood. See also our articles about writers, artists, Renaissance women, Medieval women, 18th-century women, and pirate women who need movies made about them. We’ve also also nominated Rose Bertin and several of Henry VIII’s wives for specific screen treatment.

Movies and TV are ridiculously heteronormative, and that goes doubly so for historical costume flicks. It’s not like people didn’t experience same-sex desires or have transgender experiences before the 1950s — but there was less societal approval before then in many places. Further complicating matters, various time periods and cultures had different ways to describe lesbian / gay / bisexual romantic and physical affections, as well as passionate non-sexual, non-romantic friendships. For example, the word “gay” didn’t automatically mean “homosexual” until 1971, and even “homosexual” as a word wasn’t created to mean same-sex desire until the 1880s in German and then English, around the time “lesbian” came to mean woman with same-sex desires.  And, of course, “queer” started with negative connotations and has been reclaimed by much of the LGBT community (myself included) especially since it can be an umbrella for the fluidity of human romantic and sexual experience. All of this can lead to confusion and endless interpretations about which historical figures were “really” straight or LGBTQ.

Some may say, what does it matter? But I say it does matter because, for one, it’s honest history. Lesbian, gay, bisexual, transgender, and queer people have existed forever, alongside heterosexual folk, and to exclude them from historical film and TV is just as wrong as only showing history from a white male perspective (and if you think that’s OK, buh-bye, this is not the blog for you!). Diverse history is interesting — check out the rest of our Forgotten History category for more people who we think Hollywood, the BBC, Starz, et. al., have missed as producers churn out yet another Henry VIII miniseries or Little Women remake. Today, here are our top five candidates for queer people who need frock flicks made about them, with thanks to author (and our friend) Heather Rose Jones for her Lesbian Historic Motif Project for invaluable research help. 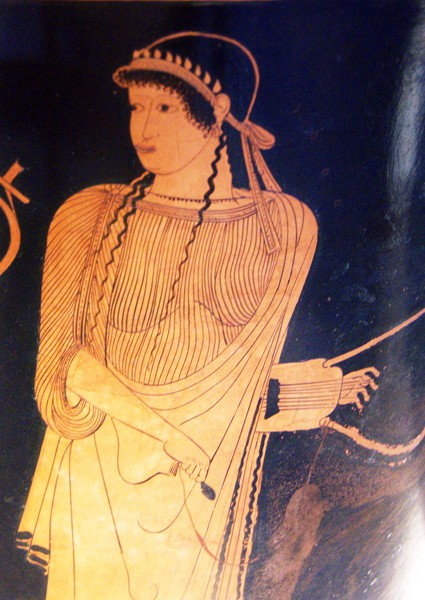 Hailing from the island of Lesbos, her name is pseudonymous with lesbian love, yet there don’t seem to be any serious (read: non-porn) movies about the Greek poet Sappho. While little is known about her actual life, her poetry speaks eloquently of love and suggests this can be profound love between women. Why not attempt a biographic movie or TV show that gives context to these fragmentary poems? Was her love in vain or could she act upon her wishes? She may have been married to a man, who she outlived, and might have had a daughter — the scholarship is sketchy, but these elements could be used as the outline for a story. 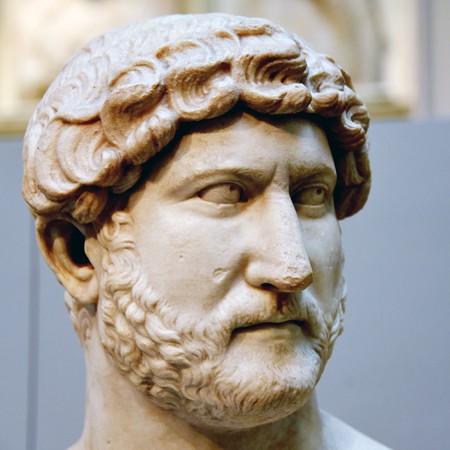 Yes, of Hadrian’s Wall fame. Bisexuality was the norm among upper-class Romans in this period, and the Emperor Hadrian had a young boyfriend, Antinous, in addition to his official wife. While Antinous began as a Greek servant or possibly a slave in the emperor’s retinue, he gained an education and became a close companion and lover of the emperor, inspiring erotic poetry from Hadrian. Then, when Antinous accidentally drowned, the emperor created a religious cult around the man. It was typical to deify the emperor or his relations, but not a servant (or especially not a slave). Due to the emperor’s influence, at least 28 temples dedicated to the cult of Antinous were built around the Roman Empire, and games were held and coins were struck. How about a historical costume movie that leads up to this point and shows why their relationship was so important to Hadrian that he was compelled to memorialize his dead lover so dramatically? 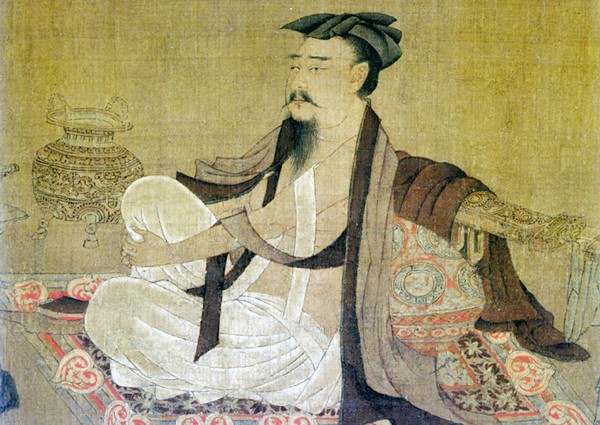 Poet, musician, and scholar of the influential Taoist Seven Sages of the Bamboo Grove, Ruan Ji was determined to flout the conventions and artifice of the Chinese court. Together with this group of artists and political rebels, Ruan Ji valued independence, passion, and the wildness of nature. He and fellow Sage, the poet-philosopher Ji Kang had a relationship that was “stronger than metal and fragrant as orchids,” and their sexual stamina and prowess was remarked upon by others in their circle. The period of the Seven Sages is fascinating enough with their idea “to be together, not being together” and “act jointly, not acting jointly.” Adding in the uninhibited, equalitarian side of their queer relationships just makes it that much more interesting (it’s not like these concepts were invented in the free love 1960s). Films and TV series have been made with less to go on. 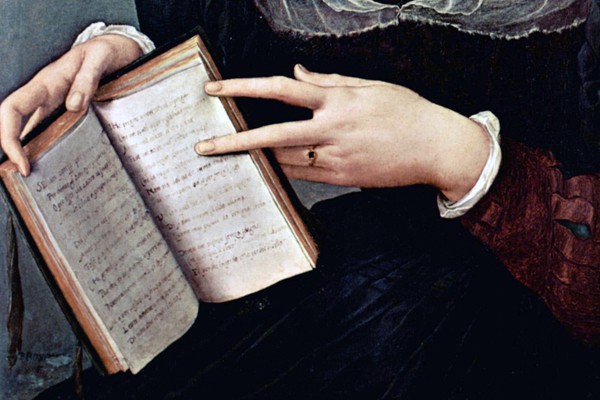 Born into a powerful Sienese family at the height of the Renaissance, Laudomia Forteguerri had the advantages of wealth and status, along with beauty, wit, and intelligence. She was a dutiful, traditional woman of her age, marrying twice and bearing three children. But she also was an influential poet and outspoken on social and religious matters, almost considered heretical. But it’s the subject of her poetry that sparked interest in the 1540s, when her sonnets to Margaret of Austria, Duchess of Parma, were noticed. These homoerotic love poems were praised by contemporaries for their eloquence and depth of feeling. The women had met at various times, and rumors during their lifetimes and soon after pinned both “pure” friendship and “unsavory” sexual labels on their relationship. In addition to her writing, Forteguerri lead 1,000 women to help build fortifications during the Siege of Siena in 1554-1555. That would make for an exciting backdrop to a romantic costume drama right there! 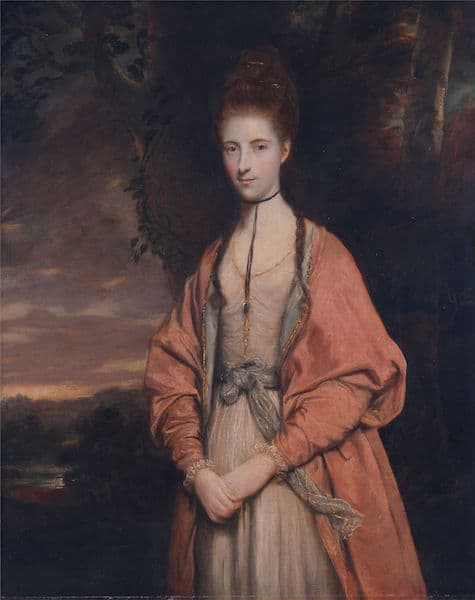 For a queer frock flick featuring plenty of fabulous costumes and beautiful historical settings, it’s hard to beat the life story of this 18th-c. aristocratic artist. She had married young to a foppish spendthrift, who committed suicide after seven years of marriage. Widowhood freed her pursue the art she had studied and loved, and between 1784-1818, Anne Seymour Damer exhibited her neoclassical sculpture in London’s Royal Academy to great acclaim. She had an active social life among the era’s glitterati including Whig politicians Horace Walpole and Charles James Fox, Georgiana Duchess of Devonshire, and many writers and actors. She traveled to Europe frequently, befriending Marie-Antoinette and the Princesse de Lamballe in France. And Damer was rumored to have had affairs with author Mary Berry and actress Elizabeth Farren (the later relationship is the subject of a novel by Emma Donoghue).

Who else in queer history do you want to see on film?