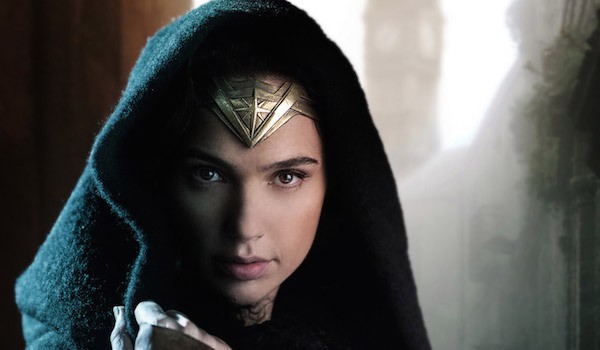 Wonder Woman is a big superhero movie/comic book adaptation that’s coming in 2017, so why are we writing about it at Frock Flicks? Because it’s being set during World War I! The trailer just came out at San Diego Comic Con, so let’s take a look:

The costumes were designed by Lindy Hemming, who’s done a number of superhero and action movies (including Bond) … but who also designed The Man Who Cried (2000), World War I-set The Trench (1999), Topsy-Turvy (1999), and Sister My Sister (1994). So we’re in luck, because she clearly knows her history — although I am sure she’s having to balance that with the expectations for a superhero film. So far the only comments I’ve been able to find from her are about the Amazons’ battle armor, which is of course pure fantasy.

Let’s look at the historical costumes more specifically. I’m not sure exactly which year the film is set, but the US didn’t enter the war until 1917 (and WWI ended in 1918), so I assume it’s in that window.

Chris Pine plays Steve Trevor, and he appears to be wearing flight gear here as he’s washed up on the beach and found by Wonder Woman, played by Gal Gadot. 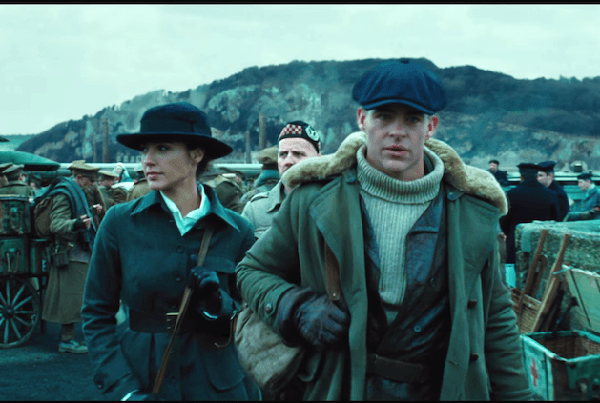 Next the two arrive (in the US?). Pine/Trevor is in a turtleneck sweater, leather jacket, overcoat, and newsboy cap; Gadot/WW is in a wool suit with wide-brimmed hat. 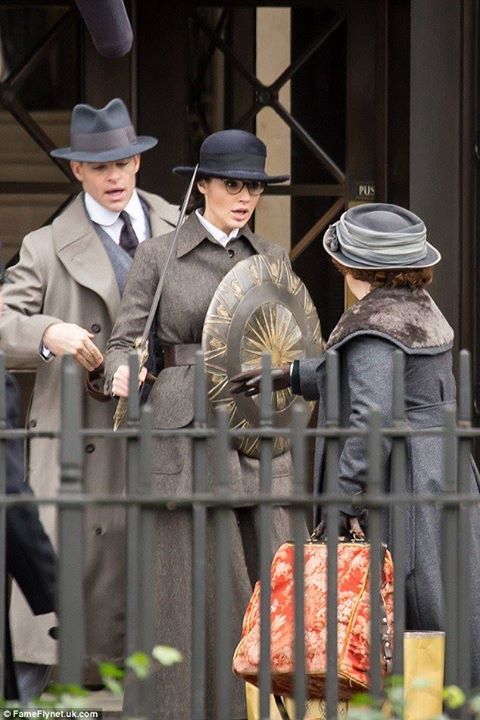 Here’s some better shots of WW’s suit. I like that they got the natural waistline and full skirt of this era. 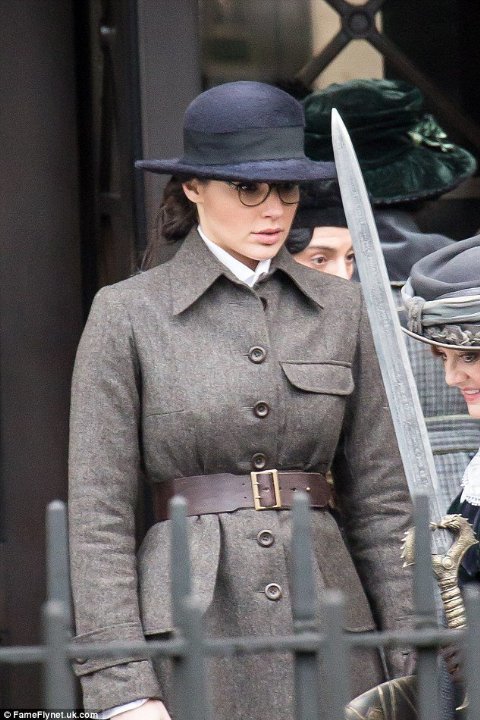 Very military-inspired with the pocket flaps and the leather belt. 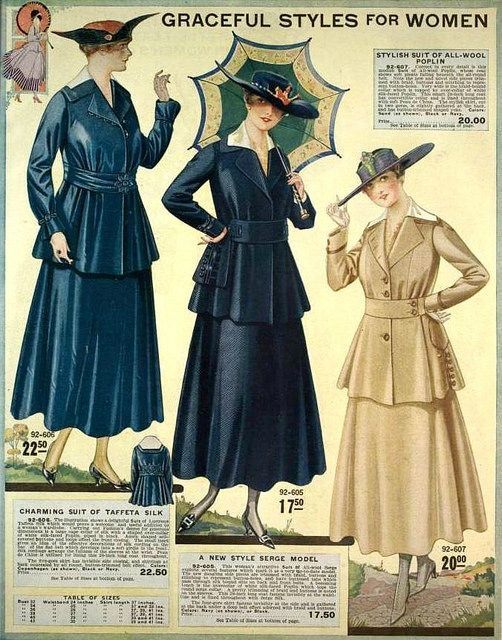 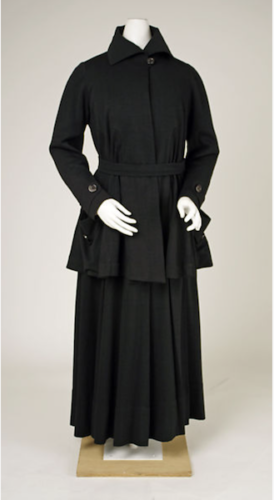 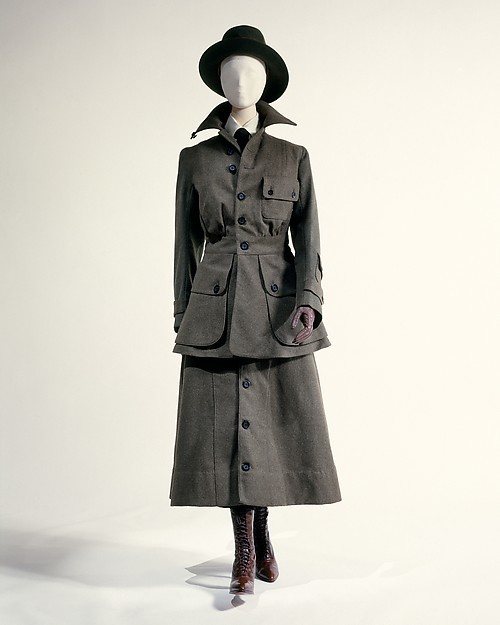 And drum roll … I’m thinking they may have been inspired by this real 1917 uniform! Uniform, 1917, American, Abercrombie & Fitch Co., Metropolitan Museum of Art. 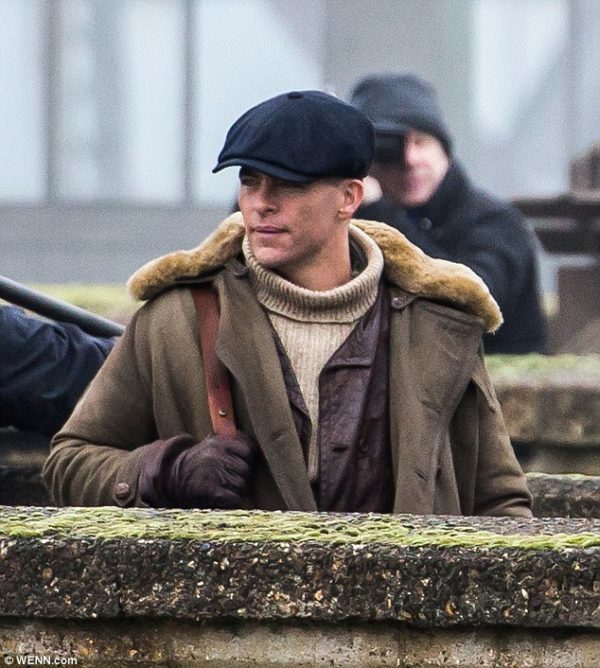 Here’s another shot of Trevor.

Next we’re at a fancy party with military brass and some REALLY well-dressed ladies in attendance. Check the gown on the far left (peach and blue) — that’s right out of a period fashion plate. 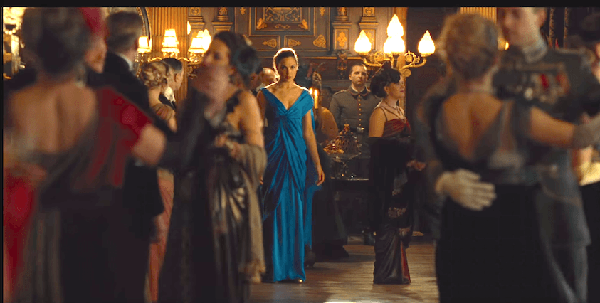 WW is wearing something a bit more questionable, but I’m guessing they’re going for Grecian goddess here. Hey, they put her hair up! Again, the extras’ costumes all look great. 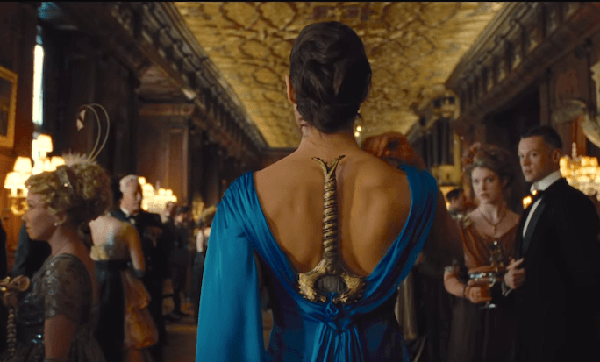 Every teens-era woman needs a back-sheath for her sword, right?

Compare all the background ladies’ evening dresses with these period images, where you’ll see the same layered net and opaque fabrics and wide sashes: 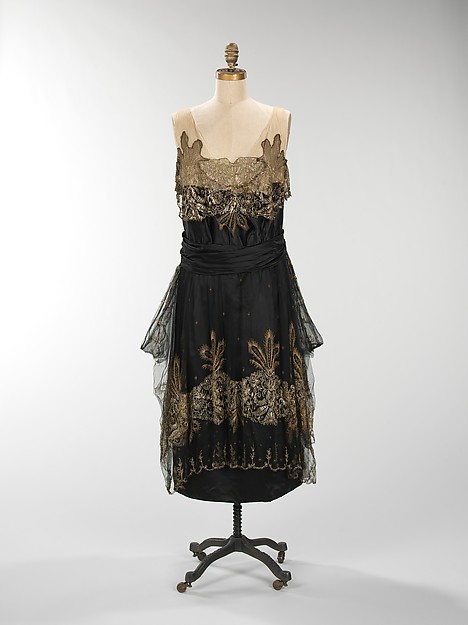 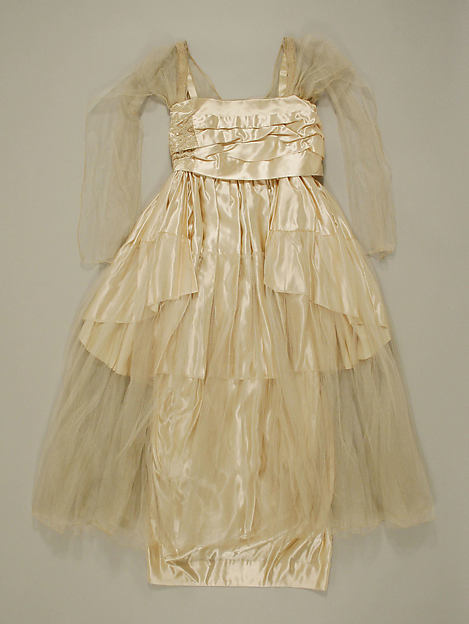 Clarisse Coudert, Mrs. Condé Nast in Evening Dress, circa 1917, from woman as decoration by Burbank, Emily, Via Wikimedia

Look at the lapels on these suits for comparison: 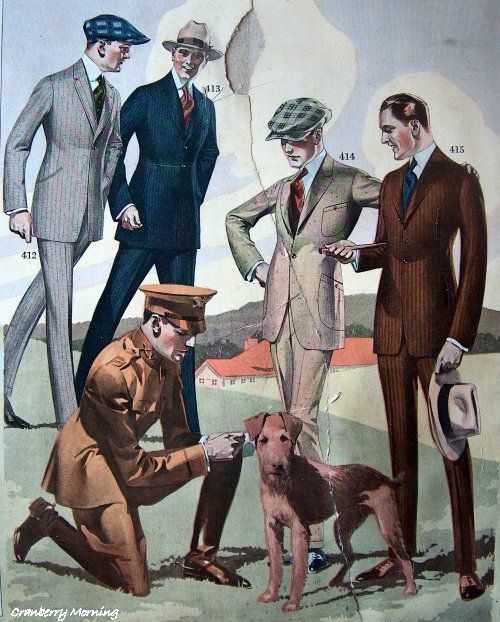 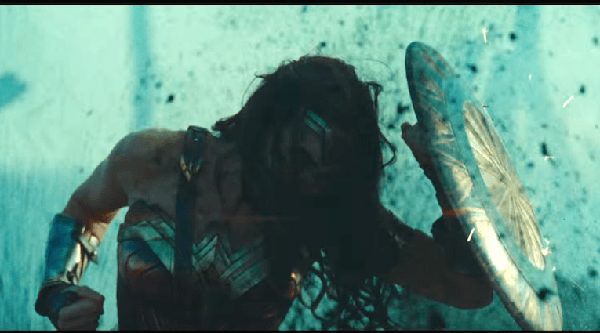 Okay, so WW has her iconic outfit… 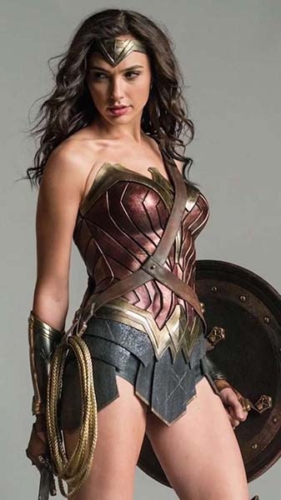 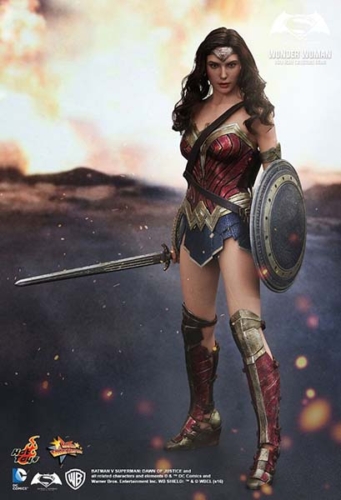 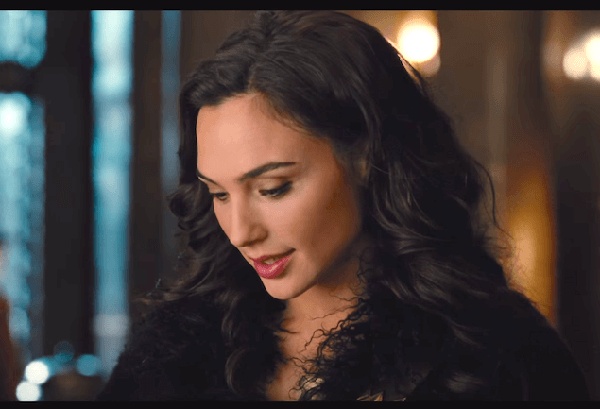 In the trailer’s final scene, we can see that they’re clearly going for modern makeup on WW. And I’m going to reserve judgement on the hair until I know the context. 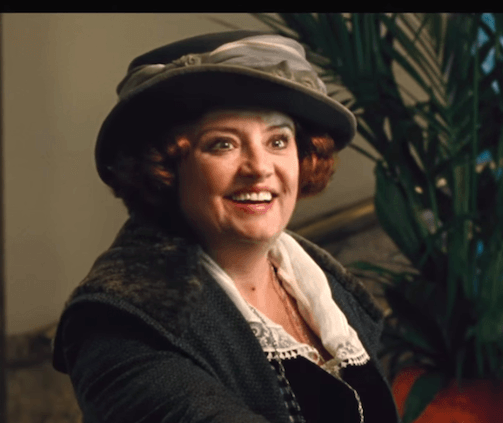 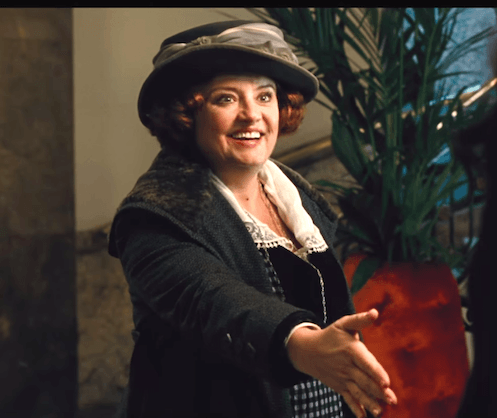 There’s maybe some gingham in there? Or is that a bag?

Compare the blouse collar and hat to: 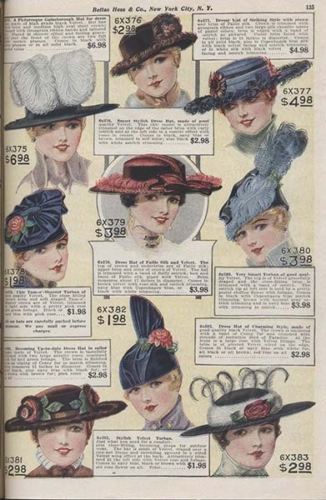 If you’re like me, you’re wondering where you know the actress playing Etta Candy from. Well, that’s Lucy Davis from the British  The Office and … Maria Lucas from Pride and Prejudice (1995). 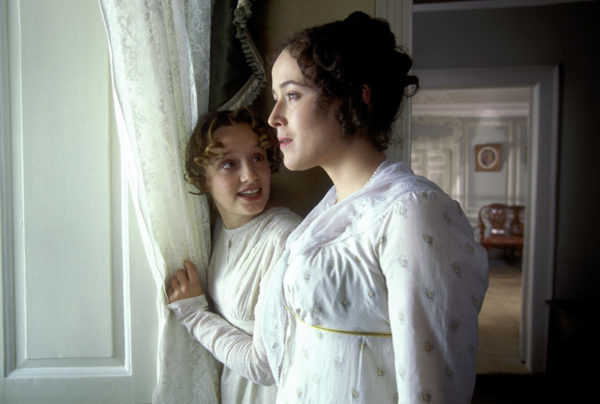 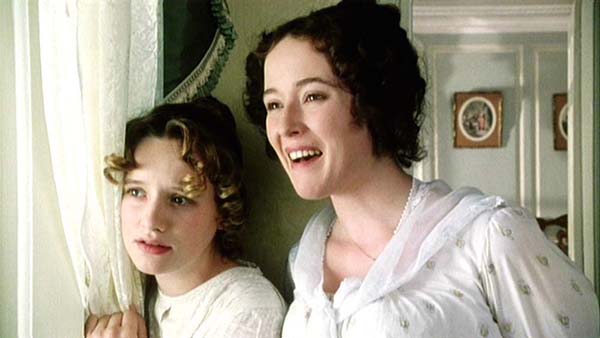 Hey, I just realized there IS a pig reference in the 1995 P&P — “I expected at least that the pigs were got into the garden” is Elizabeth’s response. 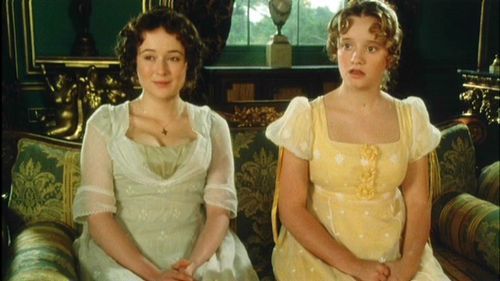 So young, so innocent, so un-spray tanned!

Will you be seeing Wonder Woman when it comes to theaters?