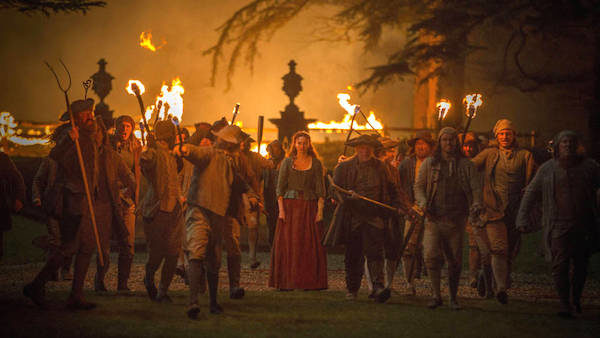 It’s the finale of Poldark season 2! I posted my stream-of-consciousness thoughts on the previous episodes, now let’s talk about the final episode and then the teaser trailer for season 3!

First, I wanted to address the whole rape controversy from episode 7. I admit that I didn’t do so in my post about the episode, I guess because I’ve just gotten so immune to the whole “I am forcing you to have sex, but you quickly succumb” thing in historical fiction (and I’ve been more focused on costumey things in my posts). I mean, I think it’s totally wrong and perpetuates seriously messed-up ideas about consent and sexuality, but it also seems relatively par for the course. So I’m actually impressed that there was a lot of complaints about the scene in the U.K. Apparently the U.S. version was edited, and I haven’t seen it (I’ve been watching the British version) — can anyone say how it compares?

Anyway, I mostly wanted to acknowledge it, agree that it is fucked up, and give you readers a chance to weigh in. For more of Frock Flicks’ thoughts the topic, listen to our most recent Patreon podcast (from November 19, 2016) where Sarah and Trystan discuss it at length (not a patron? Support us on Patreon and get access to exclusive podcasts!). 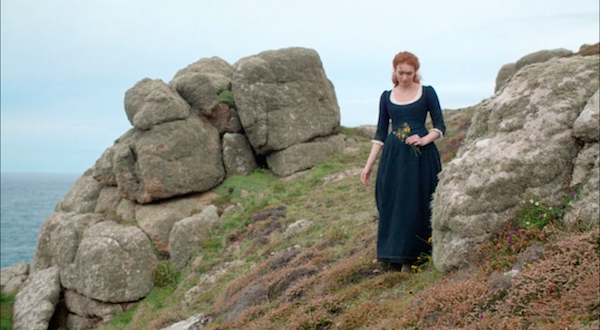 Hey! I don’t hate this dress on Demelza! It’s a nice color and the simple style suits her character and station. I’d be MUCH happier if she wore stuff like this more often. 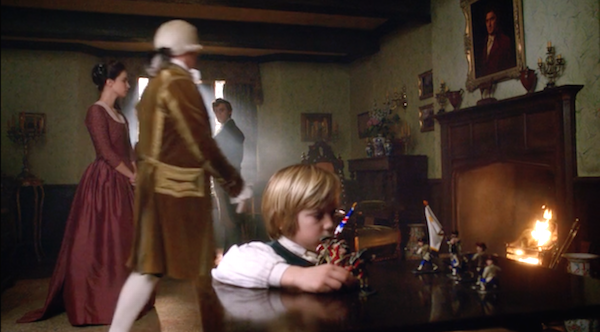 I keep meaning to address this and forgetting, so I took a screencap as a reminder: GEOFFREY CHARLES. WHO THE FUCK USES BOTH FIRST AND MIDDLE NAMES FOR THEIR CHILD? PEOPLE WHO WANT A PONCY, GEORGE-WARLEGGAN-ESQUE CHILD. EVERY time someone says “Geoffrey Charles” my ass puckers, and not in a good way. 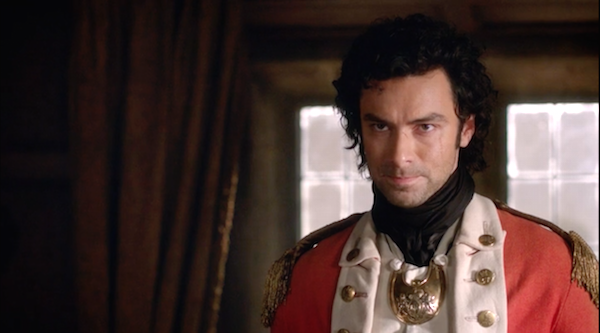 Ah yes, Ross. Rejoin the army (because that worked out so well last time) and run away from all your problems THAT YOU CREATED. 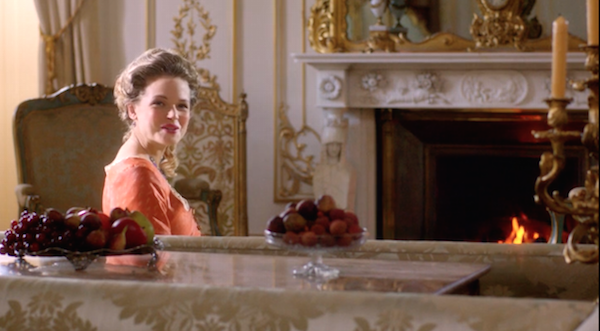 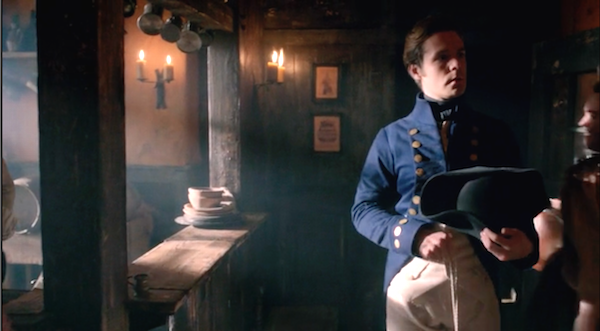 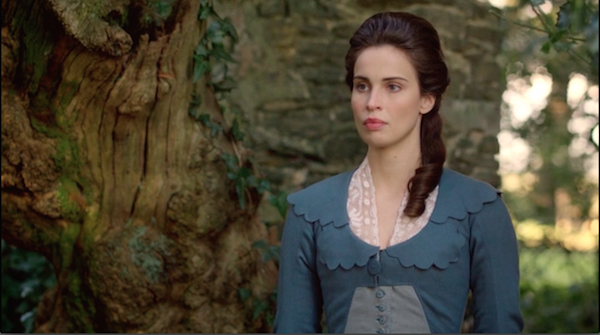 There’s that lovely new redingote on Elizabeth. Check out the scallops on the collar! 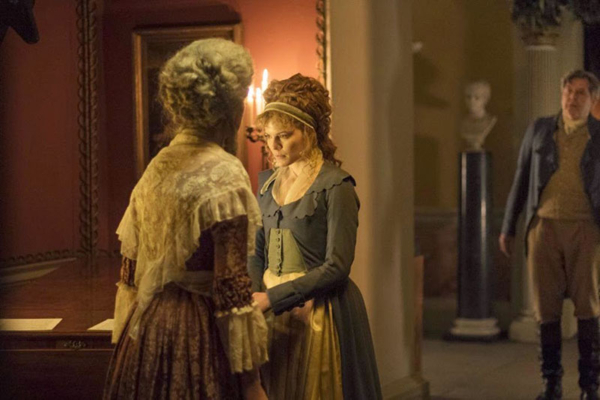 Just figured out the other night: it’s a rewear of this one from Love & Friendship (2016)! 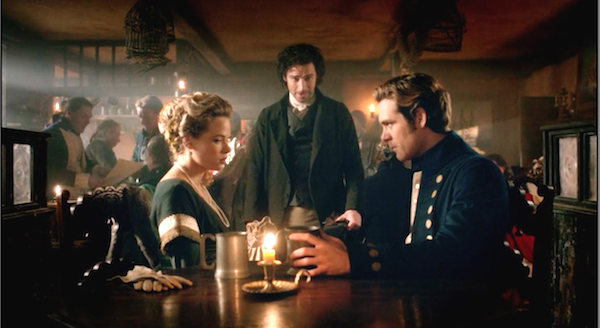 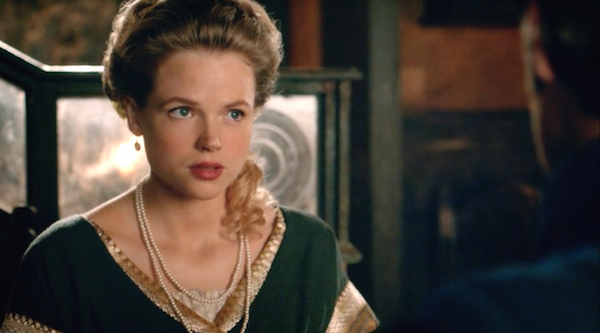 I like the cross-over bodice (again, Turkish-inspired) and the very sari/Middle Eastern trim! 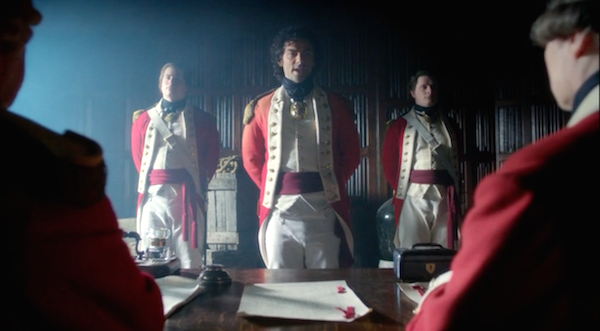 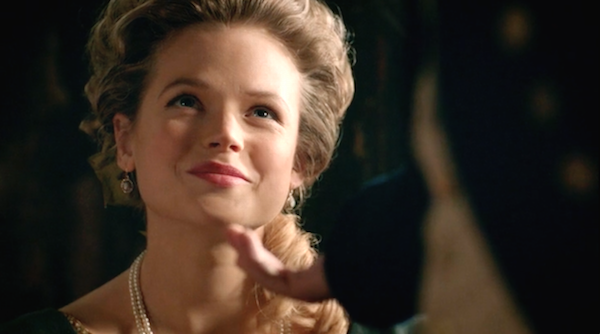 This is the face of a woman about to get laid for the first time! 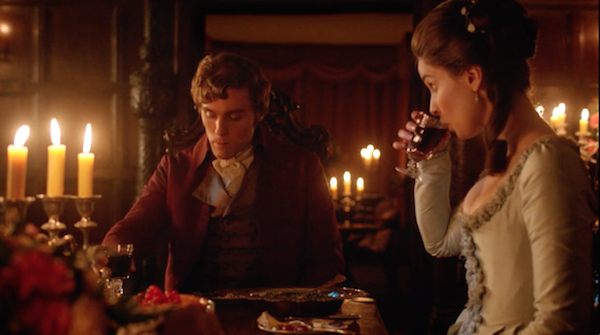 Elizabeth gets a new dress! I like the gauzey ruches on the bodice.

And now, let’s look at the short teaser for next season! 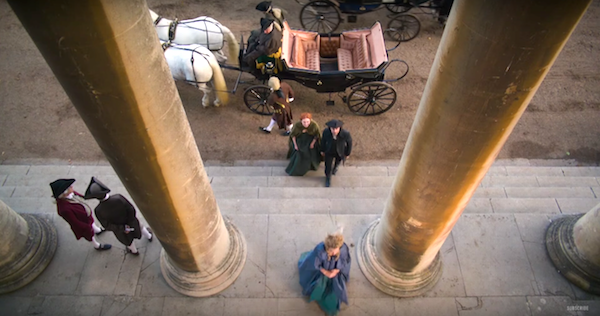 Ladies in dresses and nice carriage! 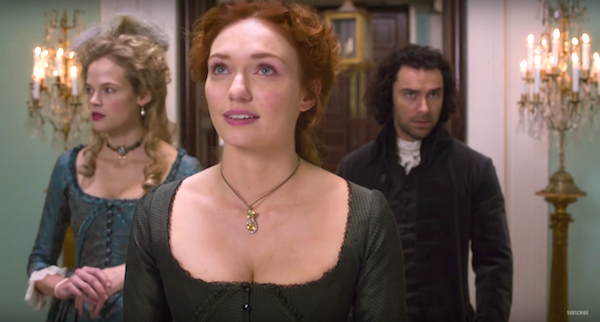 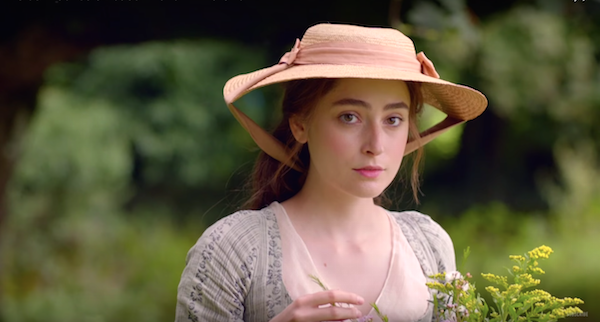 I don’t know who this new character is, but I know I hate her stupid hat. 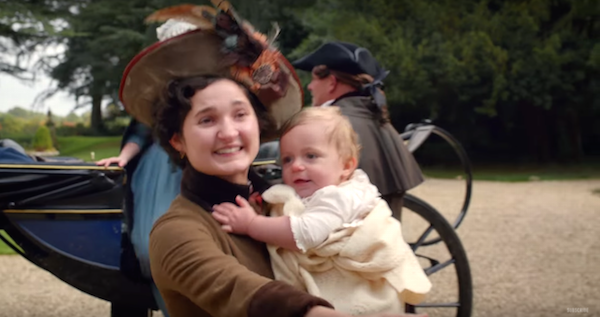 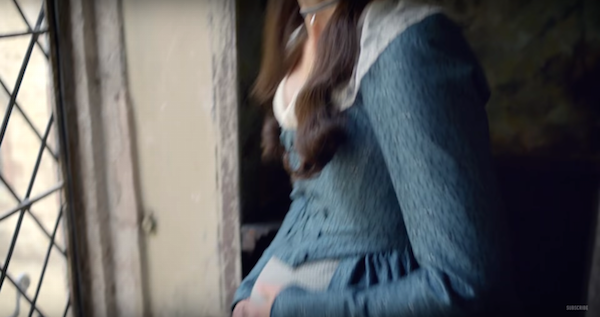 Elizabeth is VERY knocked up! 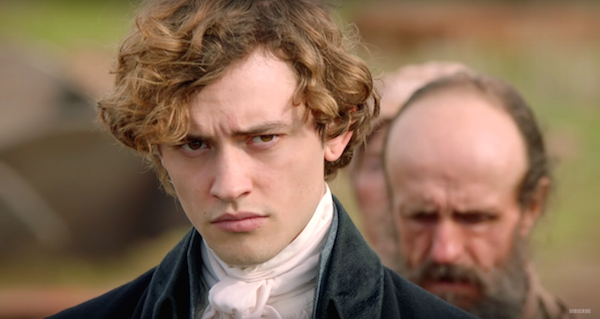 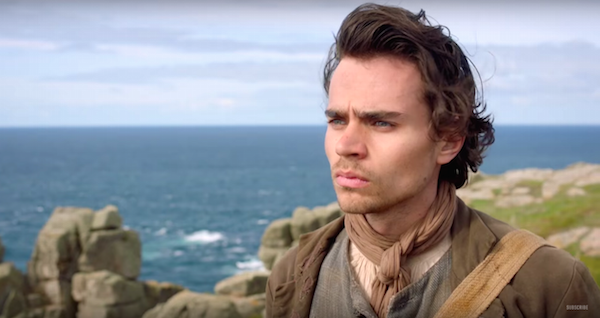