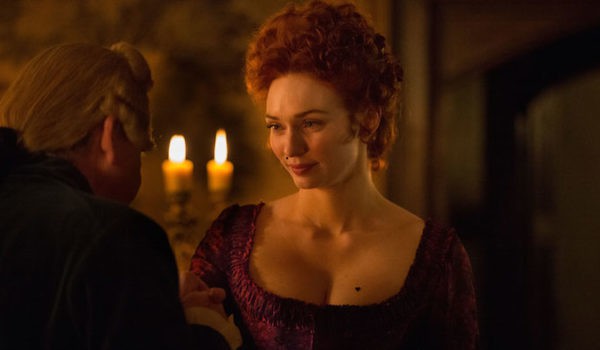 And we’re down to the finish line on Poldark season 2! I posted my stream-of-consciousness thoughts on the previous episodes, now let’s wrap this sucker up.

Listen up, kids. There REALLY weren’t a lot of visuals worthy of screencapping in these episodes. Caroline was mostly AWOL (off having her baby?). Demelza wore her clunky jackets (except for the party scene, which we’ll discuss below). Elizabeth remained genteel-y poor til near the end. 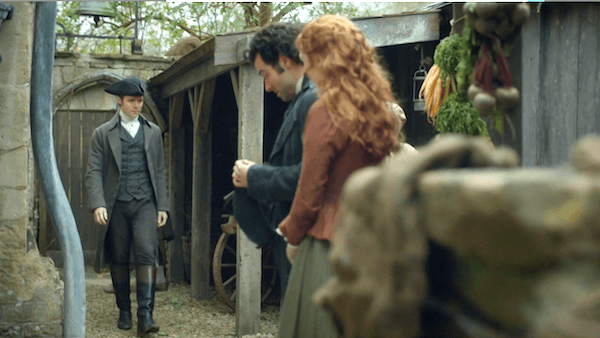 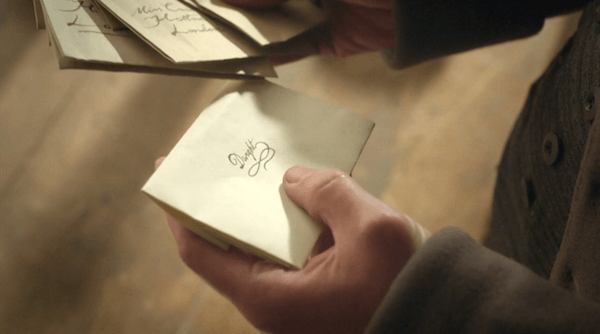 CAROLINE WROTE DR. ENNIS A LETTER AND ADDRESSED IT TO DWIGHT. A LETTER. A FORMAL PIECE OF CORRESPONDENCE. TO “DWIGHT.” 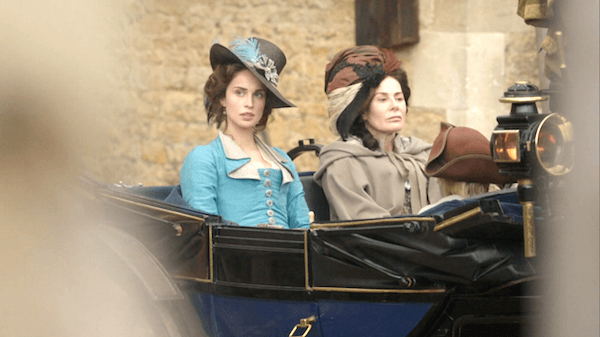 FINALLY, a new outfit for Elizabeth! It’s a re-wear of a redingote from The Scandalous Lady W, which we barely got to see in that production, so I’m actually happy to see it again. 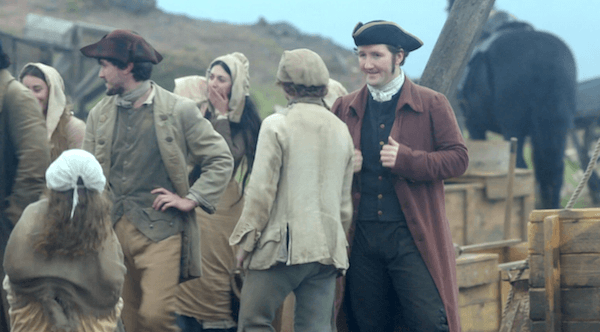 Everyone was moving too fast, but all the stringy hair under the butterchurn-y caps on the female extras… 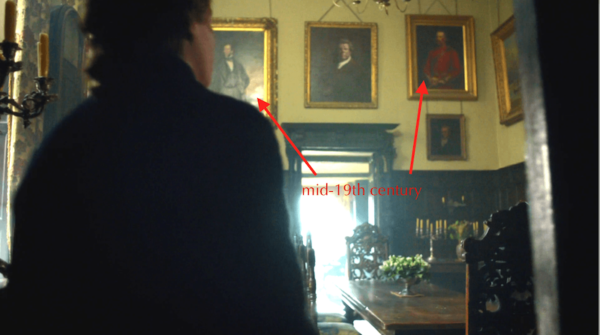 I keep spotting these, but it’s been hard to screencap: note the mid- to late-19th century art adorning the main hall of Trenwith. 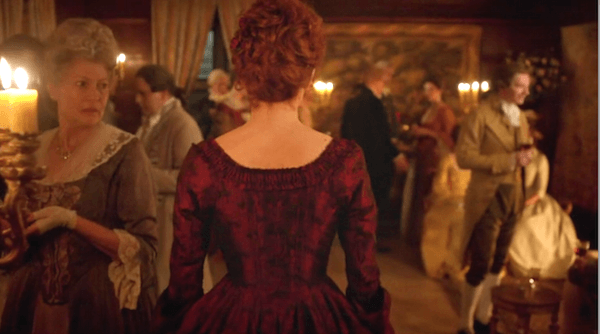 And it’s party time for Demelza, rocking a nicely cut nightgown/robe à l’anglaise with “en fourreau” back. Her hair isn’t accurate to the 1780s, but at least it’s not blowing in the breeze! 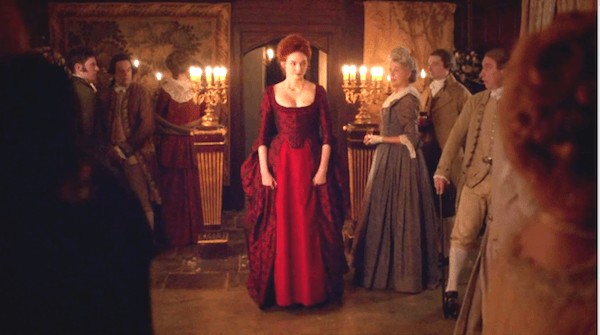 Despite being a nicely cut dress … let’s make Demelza look like the whore of Babylon! 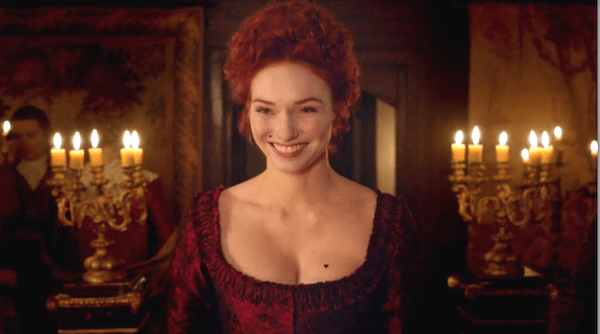 The makeup wasn’t bad! They were clearly trying to make Demelza look like she was trying to be all fancy n’ shit, especially with the beauty patches (which would be semi-old school by now). It worked theatrically in terms of her looking both dressed up and artificial. 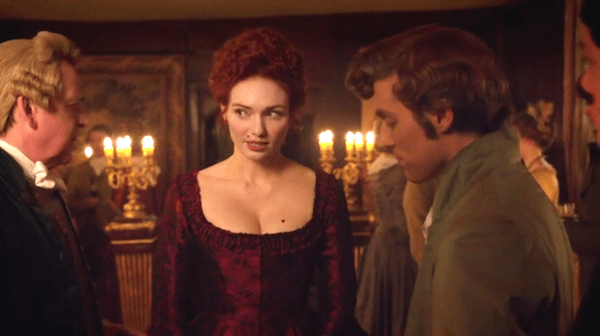 All the men want to rape Demelza. Lovely! She was stupid, but in the end resourceful. 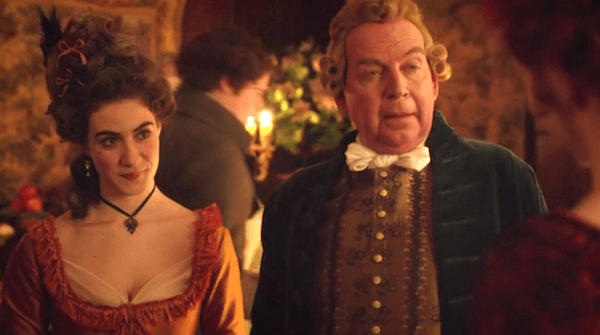 It’s the return of Margaret the Prostitute(TM)! Apparently a former prostitute can mingle with the old-school gentry with no problem, even going so far as to trade very obvious barbs with Demelza in front of others. Hey, at least she lost her magenta streaks! 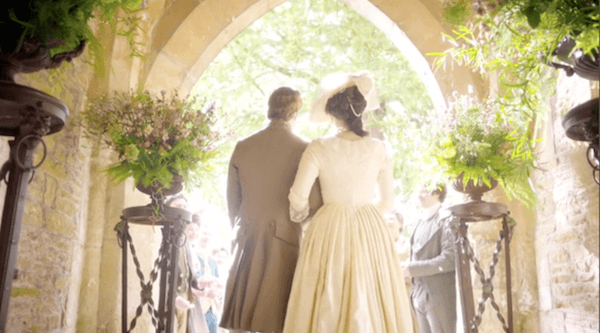 Oh Elizabeth. This is going to work out SO well. 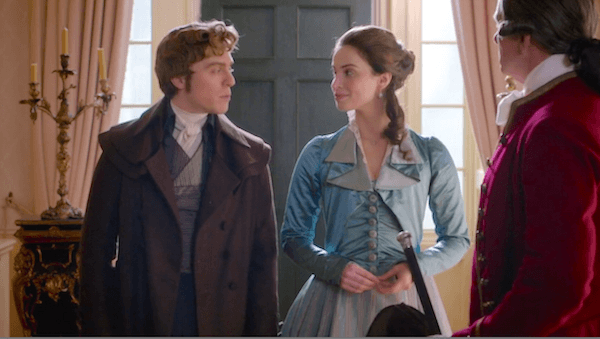 Elizabeth is back in the satin redingote, and damn, it doesn’t fit her very well in this scene! 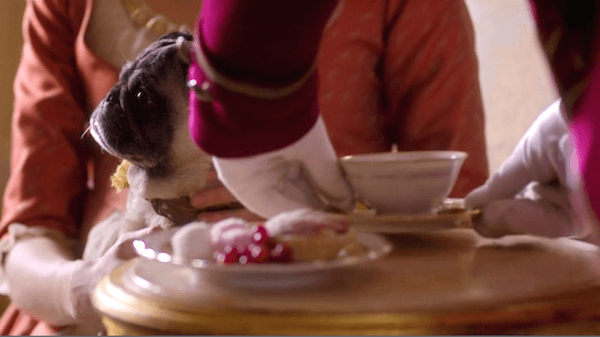 HORACE! HORACE! Horace would like some tea and cakes, please. 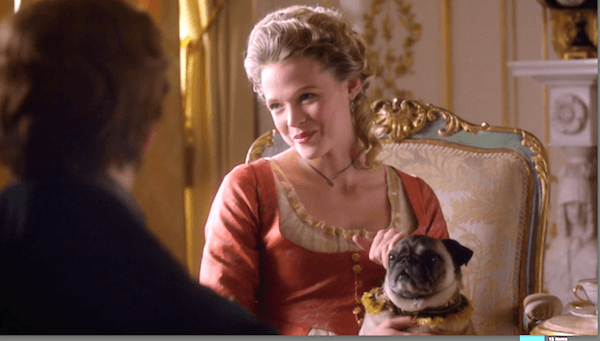 Horace: “IMMA HIDE MOMMA’S BABY BUMP AND SHE GIVES ME ALL THE CAKE!” New gown I think on Caroline, still loose and high-waisted and clearly preggers. Maybe that’s why she ditched Dwight! 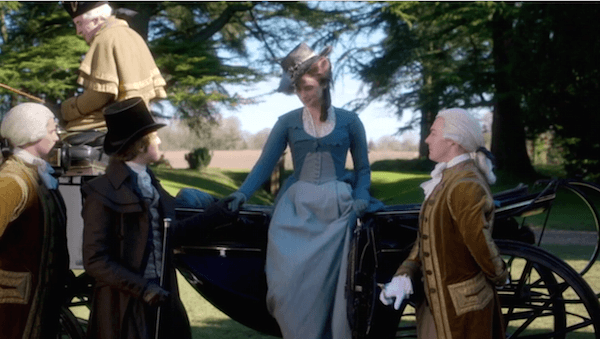 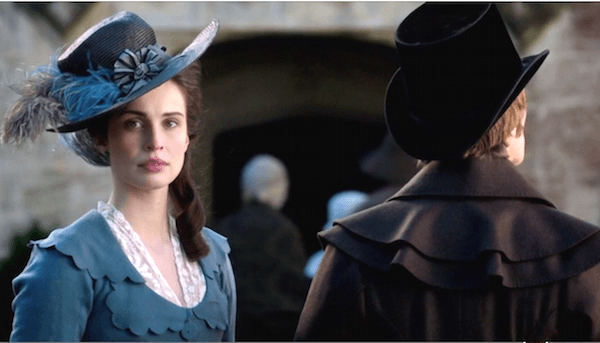 And a nice hat for embarking on yet another ill-fated marriage!

What did you think of Poldark season 2?