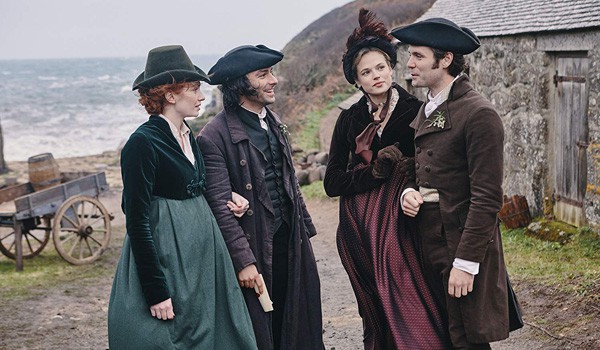 In honor of the series ending this summer in the U.K. and last month in the U.S., here I’m trying to say something nice about it. Oh Poldark (2015-19), you started out so promising, what with shirtless scything and suchlike! And then you fell fast into standard-issue historical soap opera, complete with rapey overtones and the endless BS of manchild Ross. Still, the show got ratings and gave folks something to talk about, right? What else? 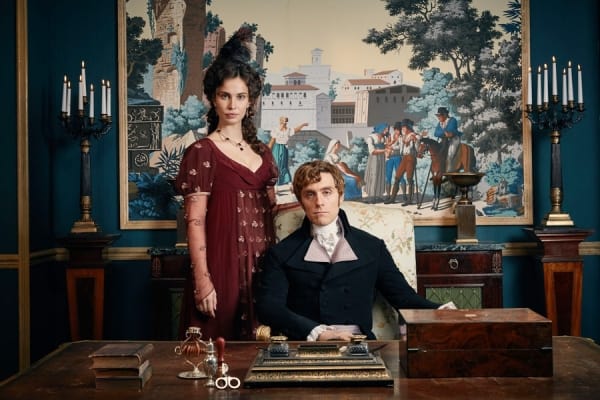 This series lasted longer than the first one. Meaning, the 2010s series had five seasons (series, in U.K. speak) with 43 total episodes, versus the 1970s series that had two seasons with 29 total episodes. The ’70s show ended with Elizabeth Warleggan’s death soon after giving birth to her third child, but that doesn’t happen till the end of season 4 in the new show. So not only did this current version show more of the book series’ plots, it also stretched things out over time. Don’t know if that’s a good thing or not, you be the judge! 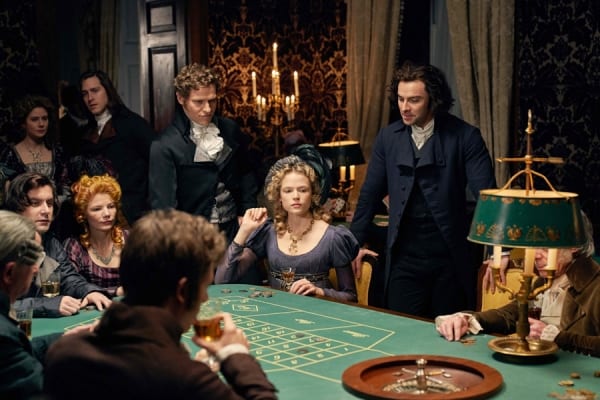 Plenty of Aidan Turner on Telly 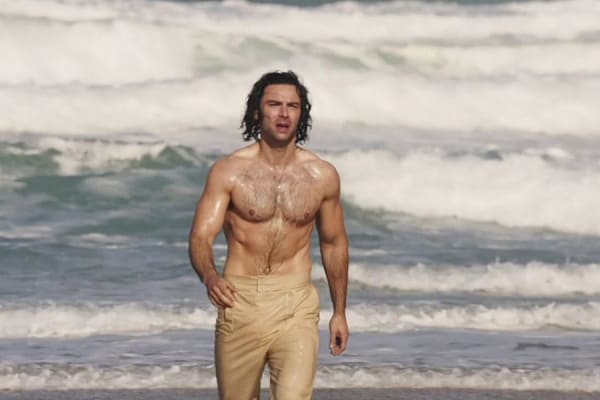 OBVIOUSLY. But hey, let’s not knock it. He’s a pretty man, and we don’t object to objectifying him. Any time he strips his shirt off to get down with the people is just fine. Some folks liked him already in The Hobbit movies, but he was a little too scruffy for me, plus being digitally made shorter than Ian McKellen was kinda weird IMO. Aidan Turner was cuter in Desperate Romantics, but that was ages ago. 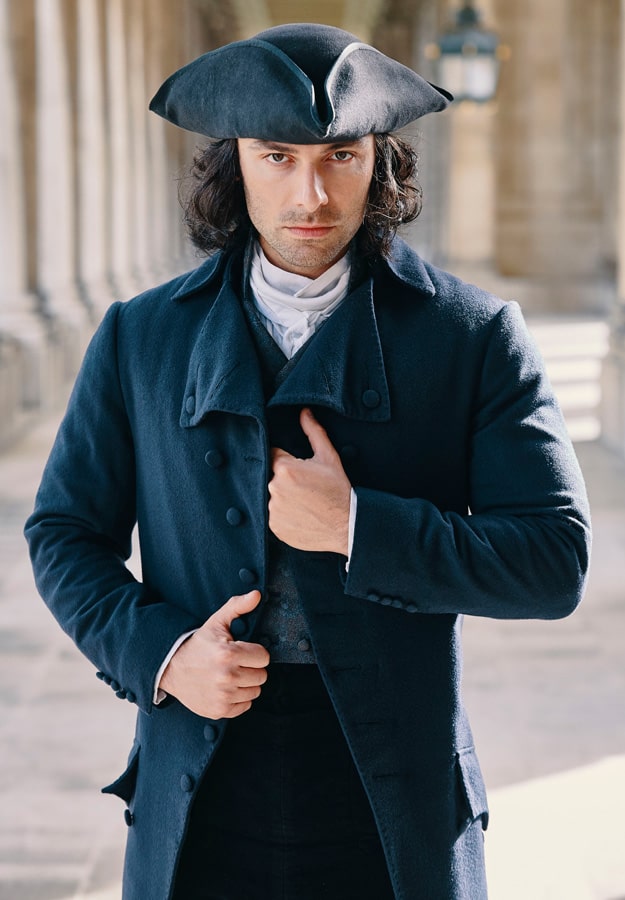 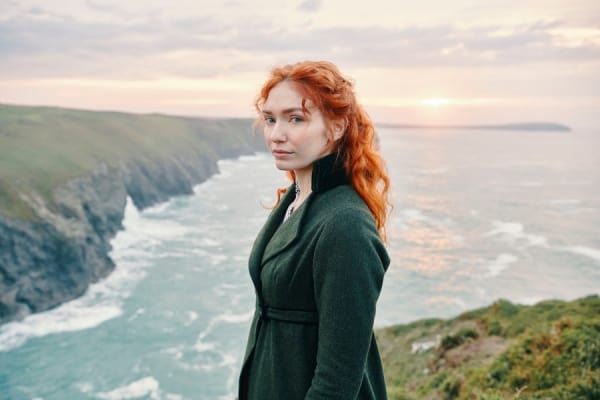 You think Aidan Turner’s big? Well compare IMDB listings since 2015 when Poldark started — Turner has 6 projects, while Tomlinson has 10! And many are of historical costume interest. She had small parts in Colette (2018) and Ordeal by Innocence (2018), she’s starring in The War of the Worlds (2019), and she has a significant role in The Nevers (2020). I’m betting that she’ll be a regular in TV and film costume dramas from now on, and I look forward to it. When given decent material, she can step up. 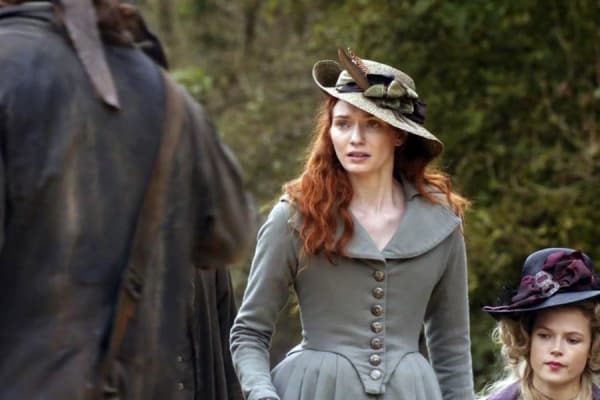 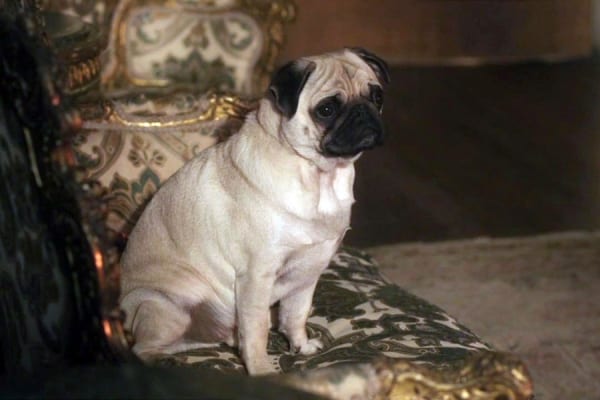 This one’s for Kendra, but also see me here, scraping said barrel-bottom. Demelza’s dog Garrick is a more significant character in the original series and the novels, and at least his barking saves her from a fire in the final season. But once Caroline Penvenen shows up, it’s Pug City. For a while, he’s just hiding the actress’s baby-bump, and then he finally gets to chill on his own. Horace is even the excuse Caroline gives for not wanting to return to London. 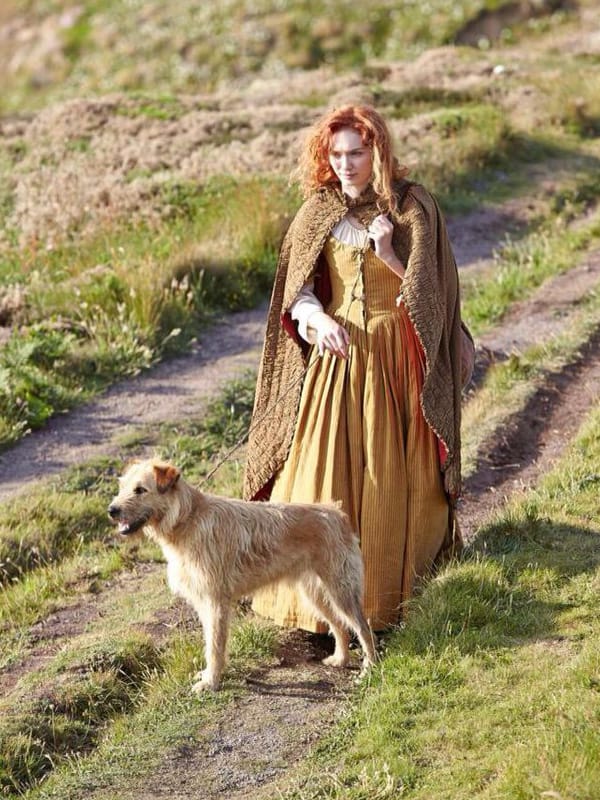 Some Costumes of Some Sort 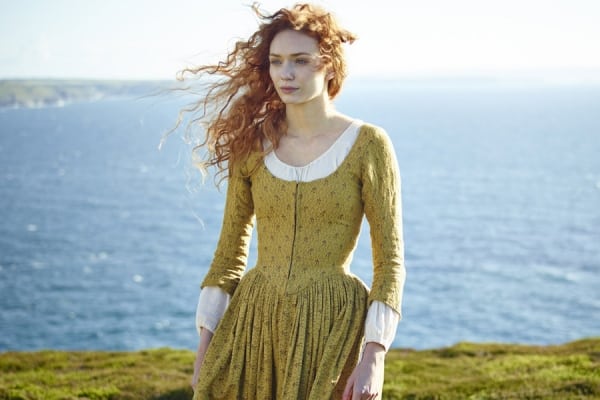 Even though four designers worked on the costumes — Marianne Agertoft (2015), Susannah Buxton (2016), Ros Little (2016), and Howard Burden (2017-2018) — the look was pretty consistently samey and, let’s face it, rather dull from start to finish. You could make excuses about the middling social classes and isolation of Cornwall, but really, the show just went for that stripped-down basic look that’s so popular now in “historical” series. Maybe it’s cheaper? IDK, but that didn’t make us want to blog about it more than a few times. 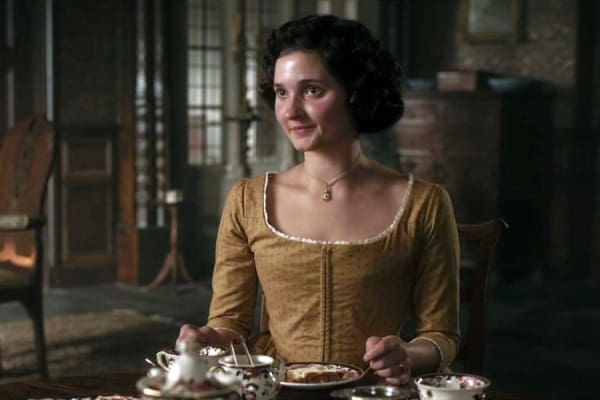 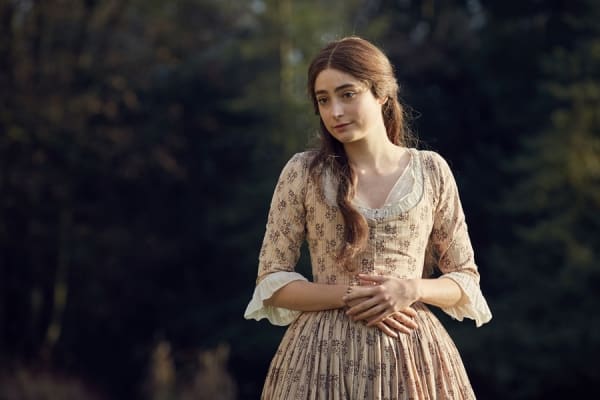 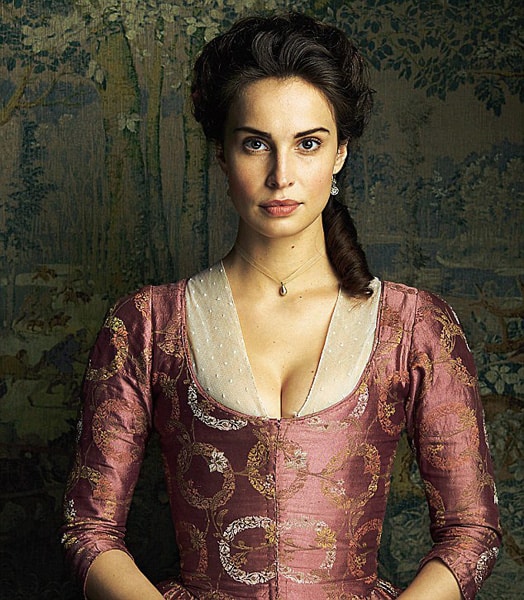 What will you miss about Poldark? Anything?