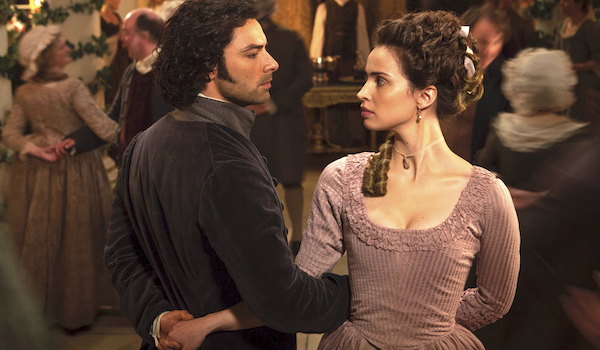 The BBC (and Masterpiece PBS) brings back Ross Poldark and his lady-loves Elizabeth and Demelza in this reboot of the 1970s historical romance fave set in 18th-century Cornwall. While the costuming and hairstyles are a bit lackluster, Aidan Turner’s broody manliness might just make up for the lack of historical accuracy.

You can listen to us critique Poldark 2015 TV costumes online below or on iTunes.