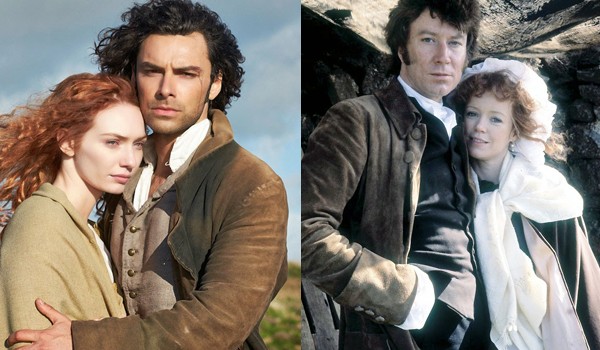 This weekend, the new BBC adaption of Poldark begins on Masterpiece PBS in the US (having already played in the UK). We’ve previewed a few episodes and will podcast it soon. Since I’m the only one on the Frock Flicks staff who remembers the original Poldark series from the 1970s — but I’m sure a few of you out there do too! — I thought I’d point out some differences between the two series.

Obviously, the production values are different, let’s not even go there. I’m not one to be prejudiced against ’70s BBC budget limitations; they did a fine job with what they had back then, and I don’t think it’s fair to judge the way those series were filmed against today’s high-definition productions. Other things I’m not going to point out are actors and performances. It’s perfectly fine to have characters reinterpreted, that totally cool by me.

I’ll try not to give away too many spoilers for the new series, but hey, it’s based on a book and previous TV series, so same with strictly historical tales, you always run a risk! But to me, watching the sweeping epic romantic drama of Poldark is what makes it so good, old or new.

This time around, we get eight episodes for series one, versus 16 episodes in series one (and another 13 in season two). So, in some places, the plot moves along much faster in the 2015 version — for example, in the 1975 adaption, Demelza isn’t introduced until the second episode, but she’s a significant part of the first episode in Poldark 2015. And with half the number of episodes, there are big plot elements from Poldark 1975 season one that aren’t included … yet? The BBC is already planning series two, scheduled to air in spring 2016 in the U.K. So if they just keep doing eight at a time, I guess they’ll work through a possible six seasons before they run out of the original TV series and the novel’s plot! 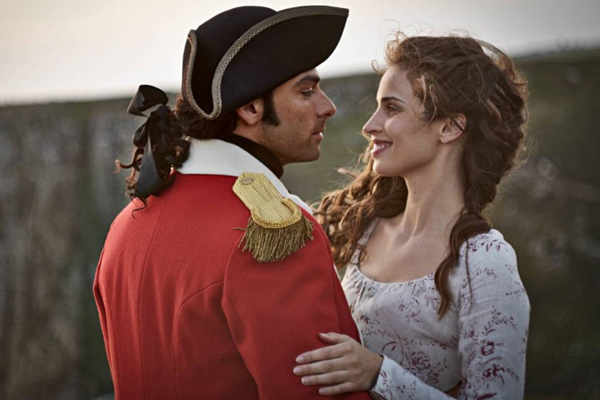 Not a big deal, I suppose, but Ross Poldark’s scar is his trademark, it’s the big reminder that he was away during the war and presumed dead. In 1975, his scar was on his right cheek (camera left), and now it’s on his left cheek (camera right). The 2015 series also leaves out Ross’ limp, which he had come back with from his time in a French prison camp (but it heals up after episode one in the ’70s series). For that matter, in the new show, I don’t think he mentions much about why he was presumed dead and what he was doing during that couple of years, despite the flashback to the American Revolutionary War that he fought in. 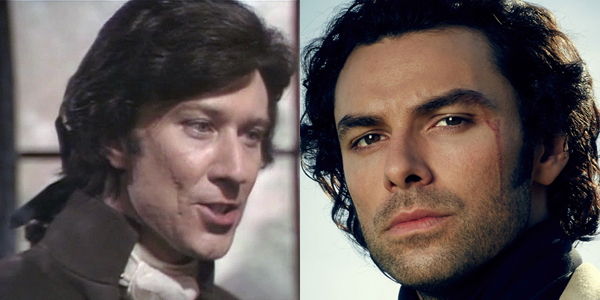 Scar to the right, scar to the left, is there some significance?

The one casting issue I have with the new series, and it’s not even the actress, it’s just her hair color (Kendra will discuss her hair style later, trust me). Heida Reed as Elizabeth, Ross’ former fianceé, is perfectly fine in the 2015 series, but I really liked how Jill Townsend in the 1975 version was pale and blonde. She looked like a haughty ice queen and that made for a good visual contrast to earthy, passionate Demelza, played by red-headed Angharad Rees. Elizabeth is a problematic character in both series — I find it hard to see why Ross is so hung up on her — but having a strong physical difference between her and Demelza helped in the ’75 version. 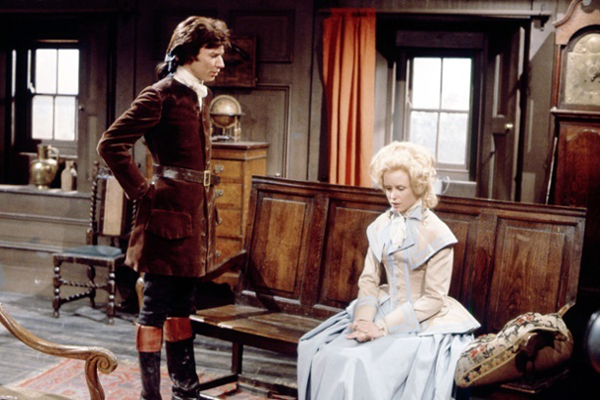 Super-pale Elizabeth in the ’75 version.

Maybe I wasn’t listening close enough (Aidan Turner’s hotness is very distracting, see below), but in the 2015 version, all I heard them say is that the Poldark family mines had copper. But in the ’75 series and the books, they had tin and copper mines, with the tin running out, and they’re hoping to find a new copper source in the mines. Sure, they’re just simplifying it for kids today. And I’m only bringing this up because it’s really about the hats: In the new version, Ross, Francis, and the miners don’t wear the awesome candlestick-headlamp hats! I love those like crazy! 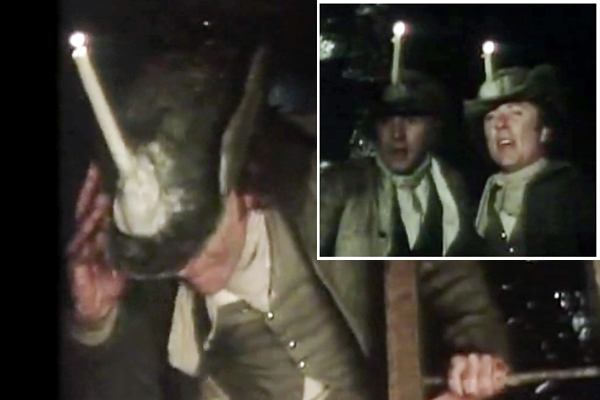 I was young when I saw the first Poldark, and I’ve been slowly re-watching the series on Amazon, but I haven’t found a lot of shirtless Robin Ellis (in an interview, Ellis said he took his shirt off onscreen only once during the 29-episode run). However, in eight episodes, Aidan Turner seems to find plenty of excuses to take his clothes off. There’s naked-ocean-bathing Poldark, shirtless-scything-in-the-fields Poldark, and burning-his-infected-clothes Poldark, in addition to a couple of naked glimpses during romantic scenes. I am NOT complaining about this update. 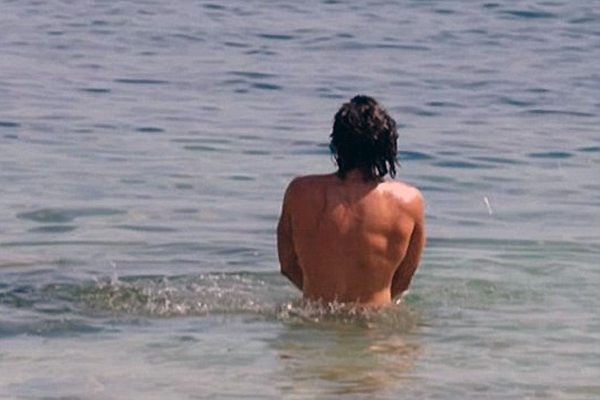 Is it cold in the waters off Cornwall? 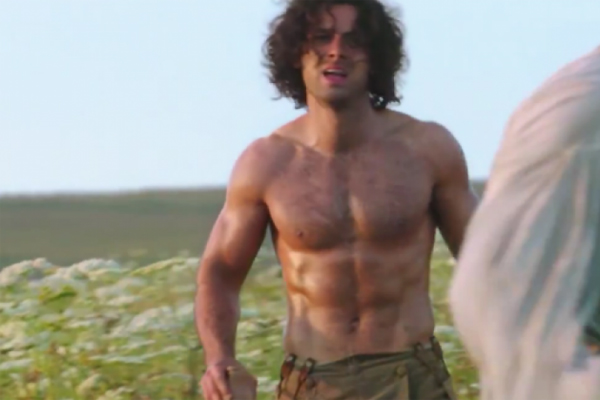 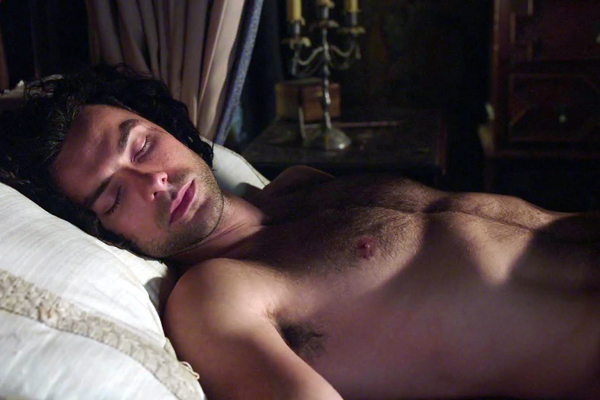 Do you remember Poldark 1975? Are you looking forward to Poldark 2015?