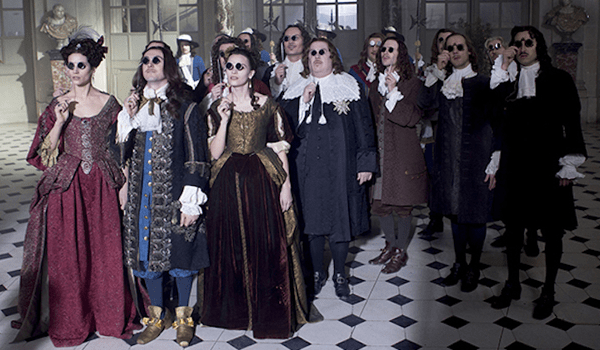 Did you forget we had a podcast in addition to this blog? Yeah, we kinda did too. But we’re aiming to turn that ship around here and podcast more frequently than twice a year or when we get an itch to recap one series of a show. We’re also trying a new format that is part general news and updates in the costume movie world and then a straight-up review of what we’ve been watching lately.

In this first podcast of the new era, we talk about some blog changes on the horizon, upcoming historical costume movies and TV shows, things that go on at Frock Flick HQ, and then we dive into our opinions on the season two premiere of Versailles!