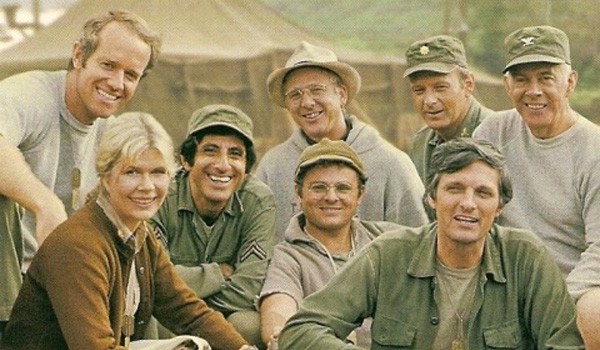 You may not think of the TV series MAS*H (1972–1983) as a frock flick. But the half-hour sitcom was set during the Korean War, from 1950-53, and located in a U.S. Army Mobile Army Surgical Hospital near Uijeongbu, South Korea. This also happens to be my favorite TV show ever, I’ve seen each episode of the 11-season run a billion times, and I can quote the dialog from many of them by heart. I adore Alan Alda and his character of Hawkeye Pierce for his combination of comedic chops and humanitarianism. So it’s about time I throw my beloved show a bone!