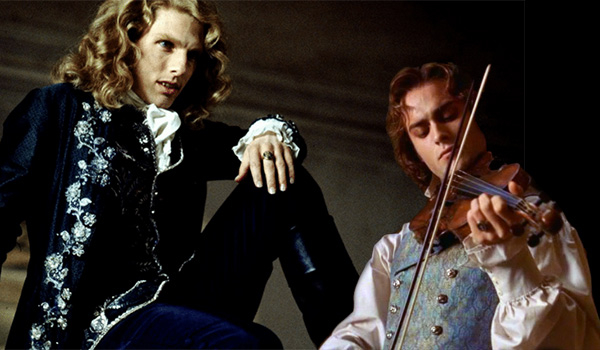 This is pretty obvious for Halloween time, but I realized I haven’t given Interview With the Vampire: The Vampire Chronicles (1994) a proper deep-dive. It may be a cheesy vampire movie in many ways, but it’s also chock full of luscious historical costumes designed by Sandy Powell. And while I was giving it a re-watch, I also re-watched the not-really sequel Queen of the Damned (2002). That one absolutely is schlock with mostly modern costumes by Angus Strathie, but there’s a brief historical bit, and comparing the two is interesting. So let’s get our fangs on and do this!

Read all of this review of Interview With the Vampire: The Vampire Chronicles (1994) and Queen of the Damned (2002) here!