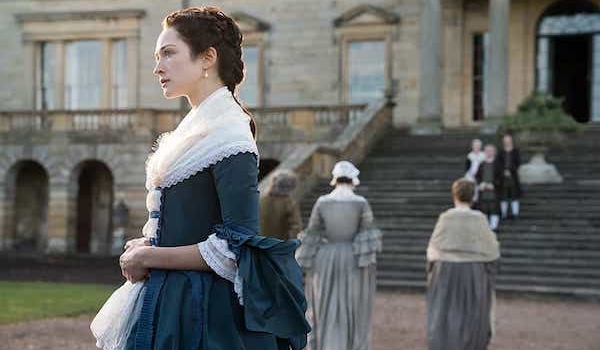 We promised that we would blog about any interesting costume content in the 2017 season of Outlander, when it happens. “Interesting,” of course, means anything 18th-century. While the 1940s and 1960s costumes in the show are very, very good, you all have probably figured out by now that we are most excited by pre-20th-century fashion. We definitely noticed some new period gowns in episode four, so here you go! 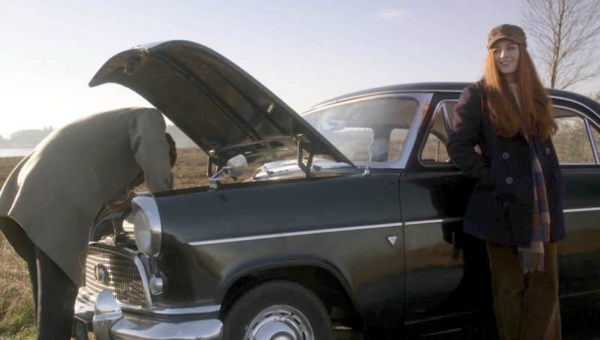 OK, I readily admit that I actually really love the 1960s segments of the show. I am a shameless hippie at heart. 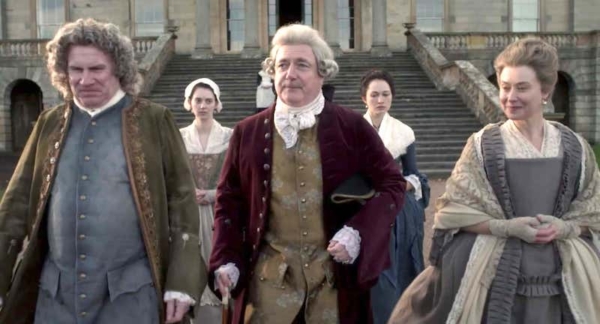 The whole Fam Damily. If you squint, Geneva Dunsany looks like Claire, which was a nice touch, considering… 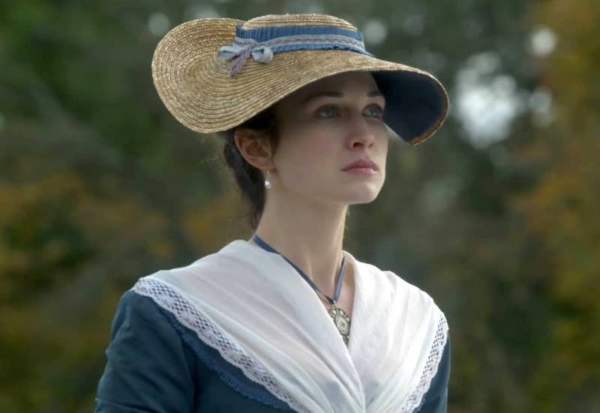 Geneva Dunsany. Her color palette is subdued, saturated blues, which accentuates both her dark hair and blue eyes. And believe me, that’s not lost on Jamie. 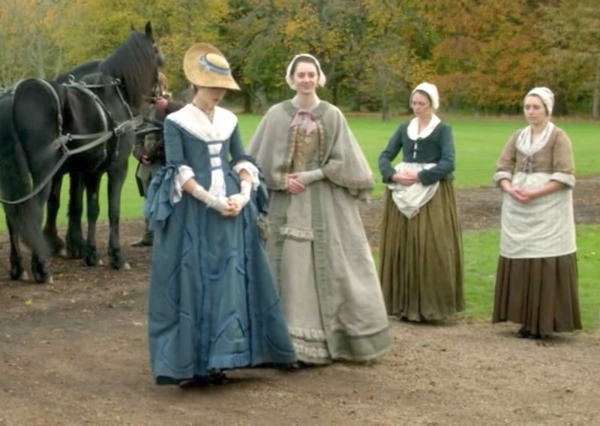 The Dunsany sisters in their travelling clothes. Isobel is the plainer of the two, which is emphasized by her gray gown and matching capelet. 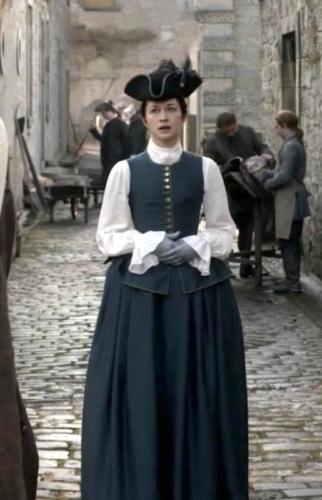 Geneva, in her riding attire (sans jacket). Again, there’s very strong association with the color blue, but it’s a blueish-gray for the most part. It evokes a pretty strong sense of nostalgia. 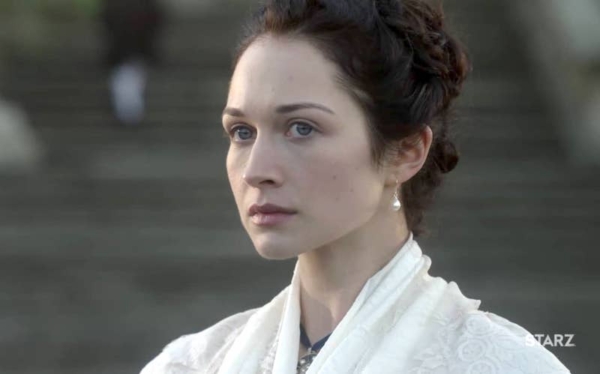 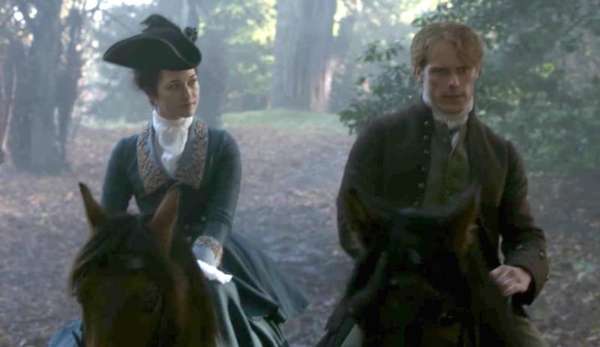 I love this riding habit. Jamie, however, is dubious. 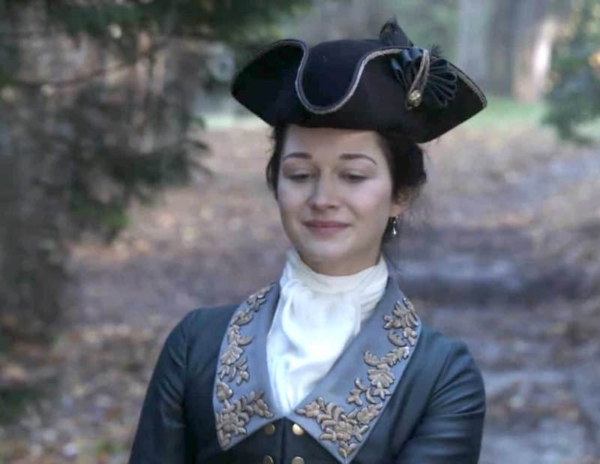 The gold embroidery on the lapels of Geneva’s jacket totally works for me. 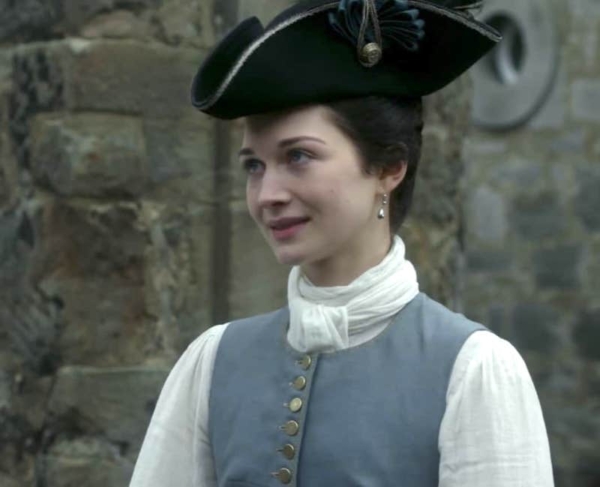 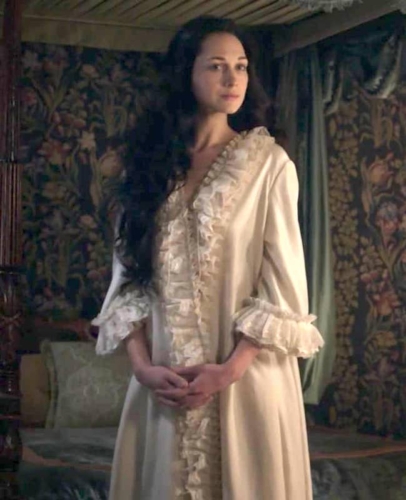 Ah, seduction! This time, Geneva is show in a white dressing gown, which definitely belies her virginity. 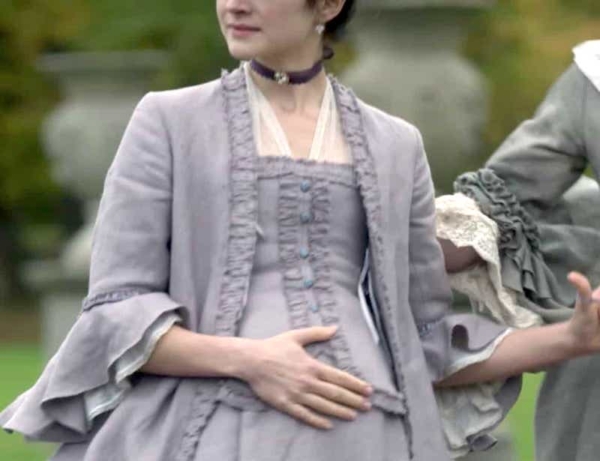 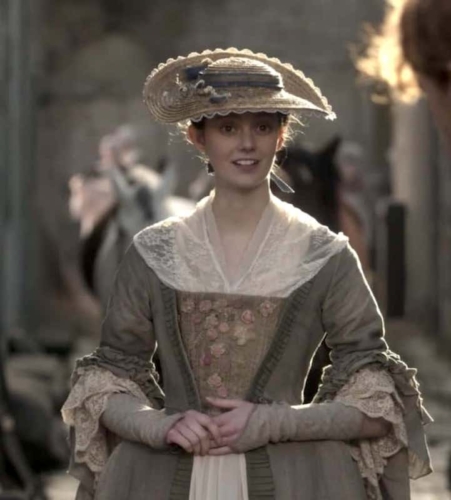 Isobel Dunsany, the “dowdy” sister, who turns out to be a lot stronger than anyone realizes. Her ribbon-work stomacher is a lovely, slightly “twee” touch. 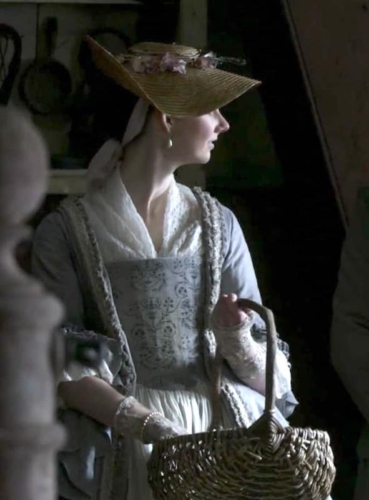 Isobel’s last costume change is a somber grey-blue gown. She’s just out of mourning, but engaged to be married — and I can’t help but think that the slightly blueish cast to her gown is a nod to her sister. 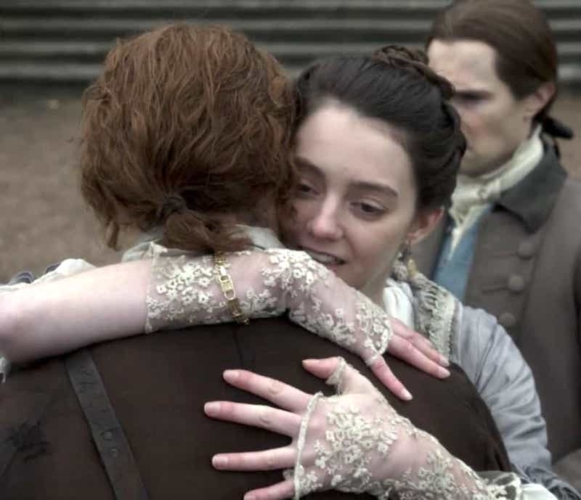 I love these lace mitts! I have some similar vintage lace, and I’m tempted to whip something up like this. 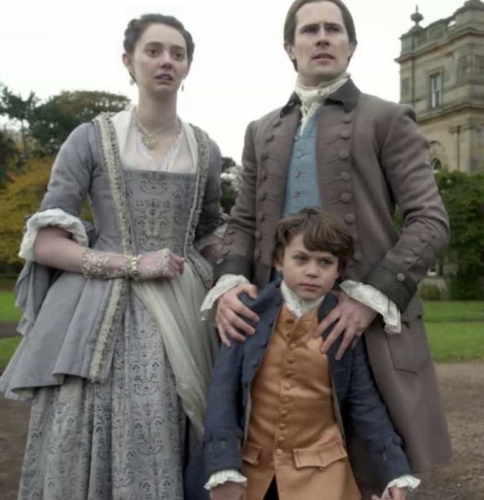 A nice full-length shot of Isobel’s gown. I like the way that little Willie’s orange weskit makes him stand out, and provides a visual tie to Jamie’s red hair. 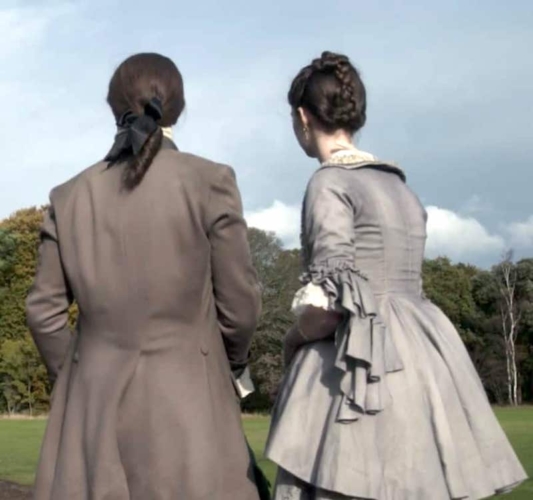 I love the back of Isobel’s hair. Very appropriate for the late-1760s. 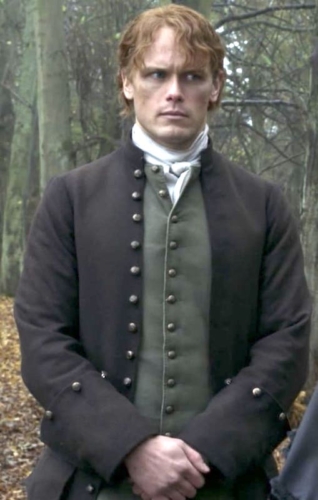 Jamie’s neat wool suit is perfect for a groom of a wealthy family. 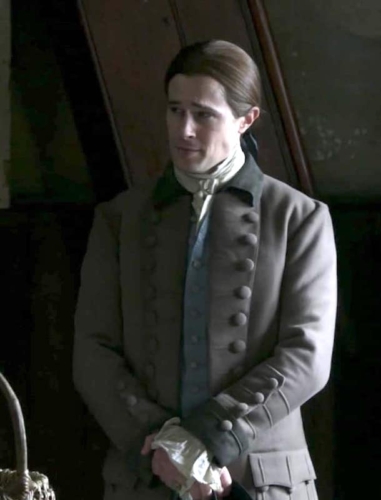 I love you, Lord John Grey. 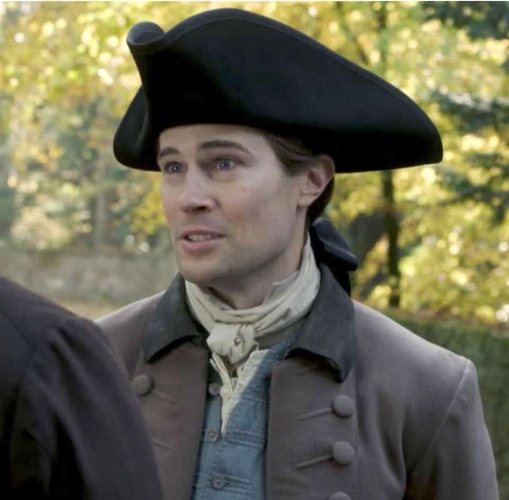 It always makes me excessively happy to see handstitched top-stitching, like what you see on his weskit. 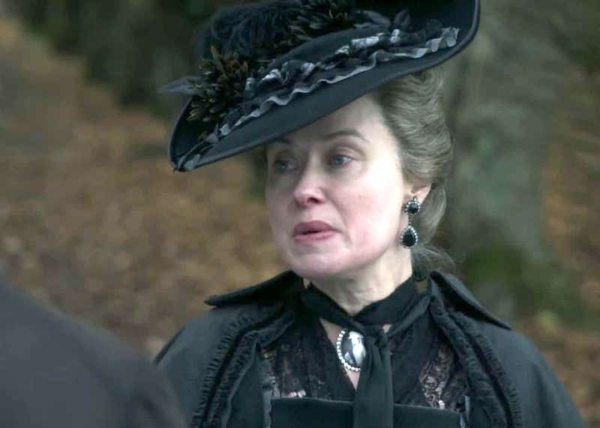 I thought the addition of the momento mori on Lady Dunsany was a nice touch.

And can I just say, Walk Off the Earth’s cover of Bob Dylan’s “A Hard Rain’s Gonna Fall” was a superb choice for the final few minutes of the film. ALL THE FEELS.

What did you think of this episode of Outlander? Share your thoughts in the comments!