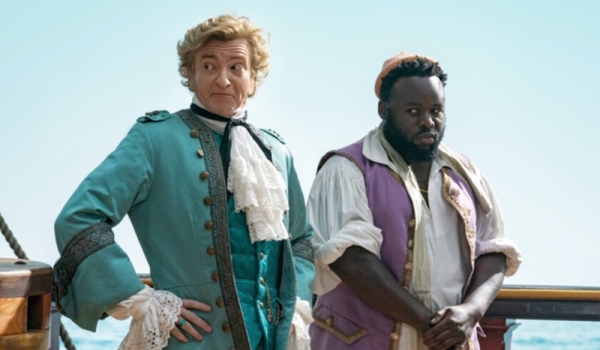 Everything Taika Waititi touches seems to turn to gold, and this time he’s turned his touch to the Golden Age of Piracy in the new series Our Flag Means Death (2022). The first three episodes dropped last week on HBO Max and the fourth is set to come out today, with new episodes debuting every Thursday.

Set in 1717, aristocrat Stede Bonnet (played by Flight of the Conchords alum, Rhys Darby) decides to abandon his family and strike out for adventure and fortune on the high seas, rebranding himself as the “gentleman pirate”. His methods are… unconventional to say the least, winning the begrudging loyalty of his largely skeptical crew of hardened brigands as he blunders his way across the Caribbean. He quickly comes to the notice of the legendary pirate Blackbeard (Taika Waititi) who is intrigued by his ineptitude as well as the possibility of advancing his own standing in polite society, so they strike a deal: Bonnet will teach Blackbeard how to be a gentleman, and Blackbeard will teach Bonnet how to be a pirate. 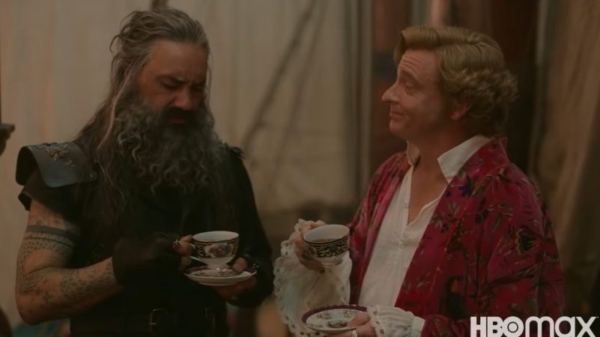 The first three episodes also introduce a large subplot concerning Jim, an allegedly mute man who is absolutely lethal with throwing knives and hand to hand combat (played by non-binary actor Vico Ortiz), and Jim’s sidekick Oluwande (Samson Kayo), who are both hiding a deadly secret while on the run from a deal with Spanish Jackie (Leslie Jones) that went sideways when Jim murdered Jackie’s favorite husband (out of 20 or so husbands). 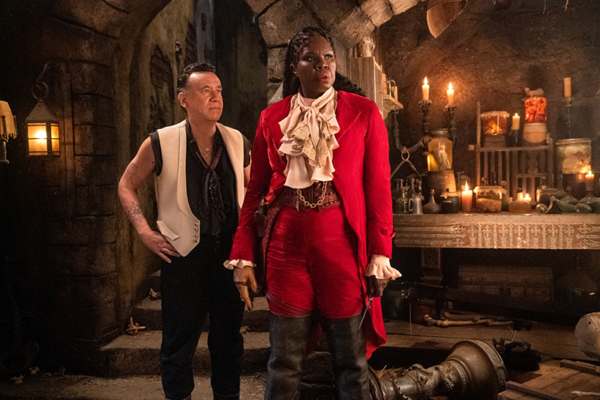 As you can probably guess, the costumes are not exceptionally historically accurate. They’re basically as much as a caricature of 18th-century clothing as the characters are of actual aristocrats and pirates. That said, I thought there were a few costumes worthy of commentary, starting with Stede Bonnet’s, as they are by far the most accurate of all of the costumes in the show so far (future episodes show more women’s costumes, so we will definitely be returning to this topic for discussion as warranted). 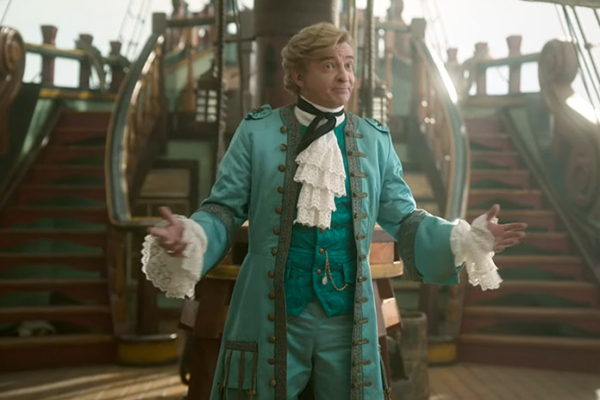 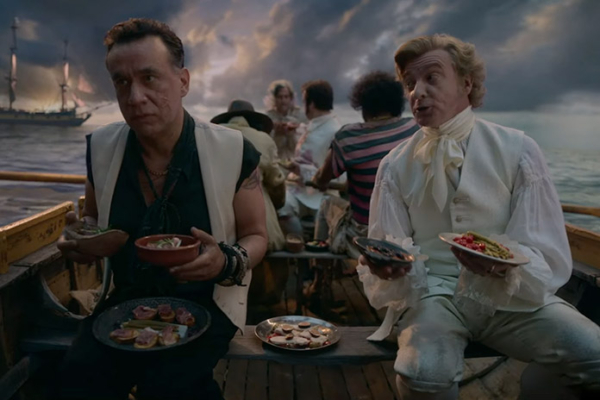 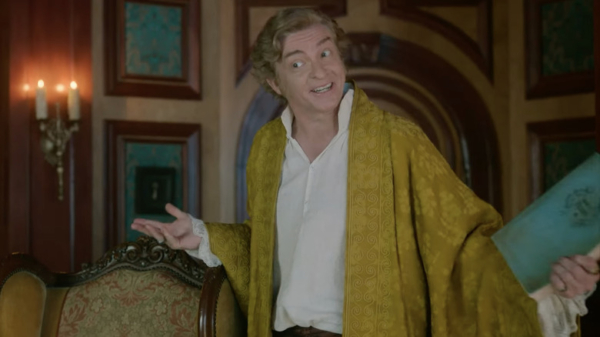 Are you watching Our Flag Means Death? Talk to us about it in the comments!