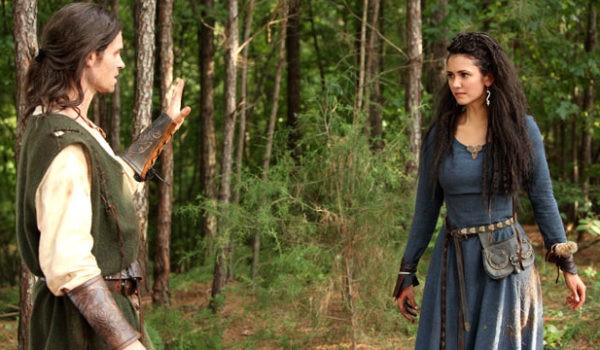 This image caught my attention as I was cruising around Pinterest:

Armed with the amazing powers of Google reverse-image search, it was quickly determined that this still came from some vampire TV show The Originals (2014), which, I think, is a spin-off of the better known and just as cheesy Vampire Diaries. Specifically, this is episode 5, called “The Red Door,” from season 2. Not having a TV, therefore not having a single clue what I was about to embark on, I discovered the show was streaming on Netflix, SO OF COURSE I FIRED THAT SHIT UP.

What I quickly gathered in terms of plot, having just jumped midstream into a whole universe of schlocky vampire lore, is that this episode dealt with the first love of one of the protagonists, an “original” vampire named Elijah Mikaelson (Daniel Gillies, aka the David Boreanaz look-alike, minus the charisma and charm), who was apparently born in the 10th-century somewhere Nordic-y, so I was about to be treated to a whole lotta crappy “viking” mythos butchery. If there’s one thing I love/hate more than historical costume butchery, it’s historic culture butchery! BRING ON THE BUTCHERY, BITCHES.

Did I mention I am watching this while taking a medication that had a severe alcohol interaction warning, so I can’t even blunt the pain with booze? Also, it’s 8 a.m. and it might be a tad early to start drinking, even for this member of the Frock Flicks Original Broadway Recording Cast. So, yeah, I’m sober as fuck, yo.

Anyway, Elijah (such a traditional Norse name) spends the bulk of the episode chained in his mother’s basement, which I guess is meant to appeal to the incest/BDSM fetish crowd or something. So, Elijah’s mom is torturing him or some shit, for some undefined plot-y reason that I give literally zero fucks about, and forces him to recall his first love, Tatia (“She, of mystical blood…”), who is the chick in the photo that inspired this post in the first place.

They flashback to what is allegedly 11th-century  Mystic Falls, Virginia, and we see young Elijah mooning over Tatia at a Samhain party (hey, at least they got the pronunciation right), lamenting the fact that she loves another and some tragical nonsense ensues over a sacrificial pig. 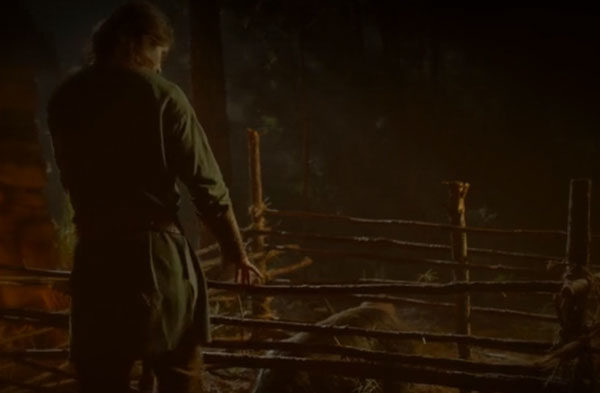 The pig understands my pain. 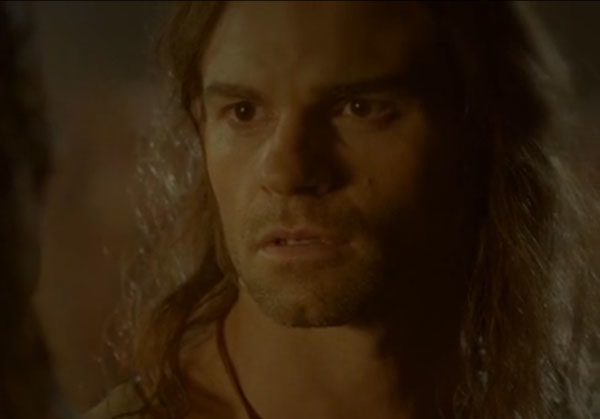 Clearly the Viking vampires forgot to bring personal hygiene standards with them to the New World.

Let’s stop a minute here so I can rant about how men are portrayed in “medieval” flicks vs. women. Why is it that every guy looks like he hasn’t taken a bath since he was a toddler and has an intense phobia of combs, whereas the ladies are always wearing expertly styled hair and sporting flawlessly blended eyeshadow? You’d think that if one half of the population in your average ye olde time-y setting understands the importance of having one’s eyebrows on fleek, the other half would also place some value on not looking like a hermit that just crawled out of the juniper bushes for the first time in 20 years. 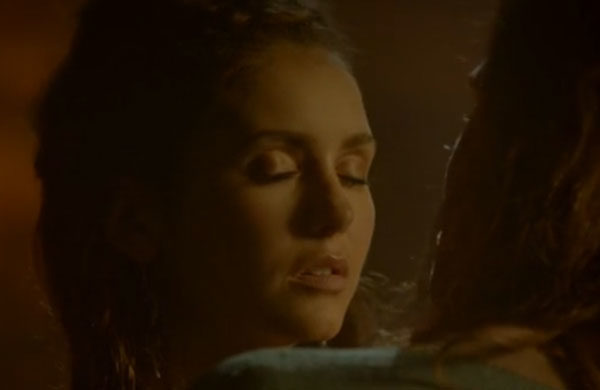 And one more thing about accents… Why are the accents in this show so bad that even the legitimately British actors sound like they’re faking a British accent? God, this show is bad.

Just dancing around the pyre upon which we sacrifice historical accuracy.

So, some stuff happens in the modern times, but then we flash back again to the 11th century and this time it’s Klaus, Elijah’s brother, finding out that he’s a werewolf. 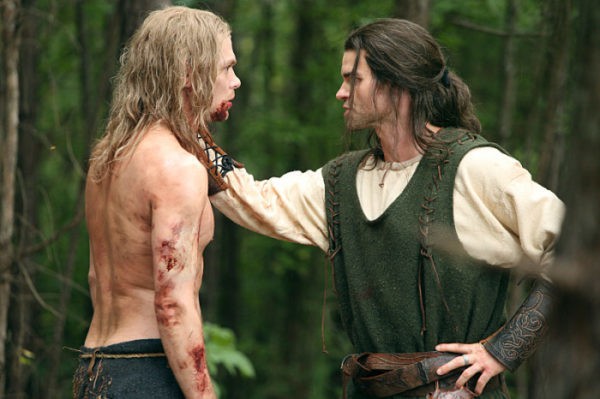 Elijah’s costume seems to have been inspired by my high school boyfriend and his ren faire garb. So, I guess that makes it both historical and documentable… sort of.

Tatia, out for her morning stroll in the woods, comes upon the gruesome scene and understandably nopes the fuck out. 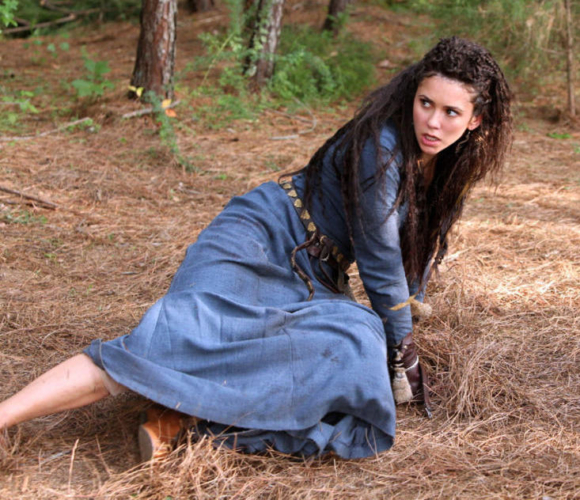 Good: The linen kirtle. Bad: Everything else.

Well, she tries to nope the fuck out, but then Elijah goes all vampire on her because of some gruesome bleeding wound on her hand that just mysteriously appears, and apparently straight up murders her. And then she’s dead! RIP in peace little dreadlocked lady. The rest of the episode is more boring vampire/werewolf/witches in New Orleans schlock, all of which takes place in modern day times, so that’s where we will have to end this strange little detour. But stay tuned for my next installment of vampire wtf-ery, because we’re heading back in time again to 1492 to visit another one of Tatia’s incarnations on The Vampire Diaries.

Ever heard of The Originals and its time-traveling vampire BS?