Each of us at Frock Flicks HQ have access to Netflix, Amazon Prime, broadcast TV (including Turner Movie Classics), and some, ehem, other sources to watch historical costume movies and TV shows. Hey, we can even see movies at the old-fashioned theater with live people ‘n stuff! So we spend a lot of time in front of a screen, attempting to watch our backlogged queue. Alas, not every flick set in the past is worth our time (though for ones we DO review, use the search box or menus to peruse the archives!). 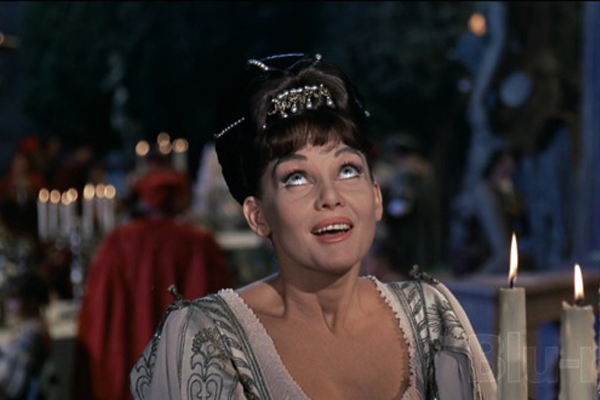 This is what Google does to you — At some point, searching around online, I saw a photo of a really cool, authentic-looking women’s Italian renaissance costume that was labeled as from the movie The Agony and the Ecstasy. I thought, dayum, I need to see that flick! Super Meh. If that costume was in the movie, I missed it because I fell asleep. And now I can’t find the original photo. Fucking Google. — Trystan 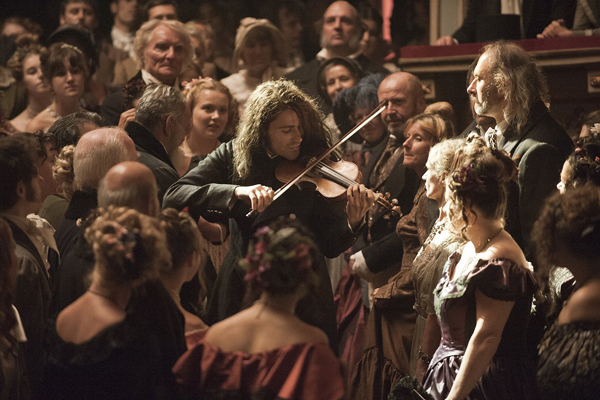 Long-haired guy plays really good violin but is an asshole. Sleeps around. Doesn’t pay his hotel bills. The end.  — Trystan

Does he not own a comb? — Kendra

Stringy hair is symbolic of man’s inhumanity to man. — Trystan 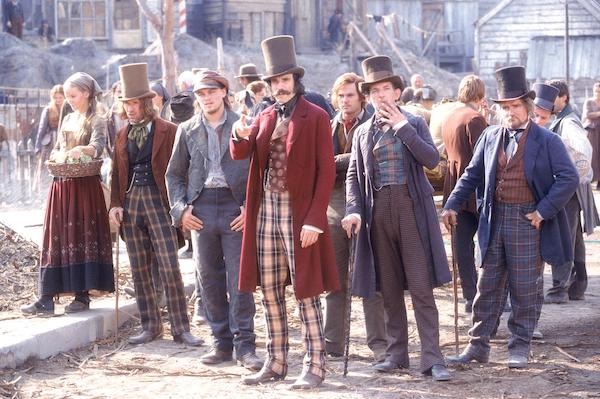 Daniel Day Lewis is awesome and stuff. Leonardo DiCaprio doesn’t totally annoy me for once. Cameron Diaz is inexplicably in this movie, and I can’t figure out why. Beyond that, it looks like Sam Peckinpah filmed a weekend at the Dickens Fair. — Sarah 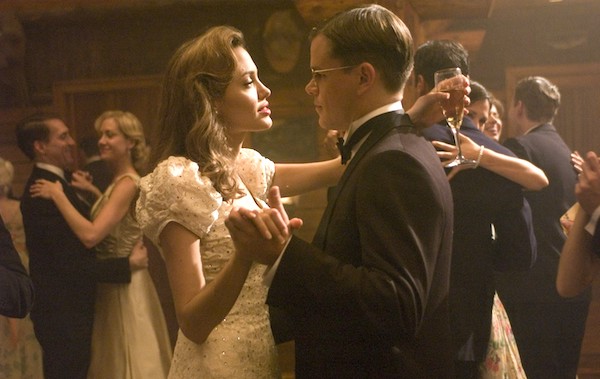 It’s nothing against this movie, which has a spectacular cast and a great plot, but there is pretty much zilch here to discuss costume-wise. Just because a movie is set in a historical period, doesn’t mean it has interesting costumes. — Sarah 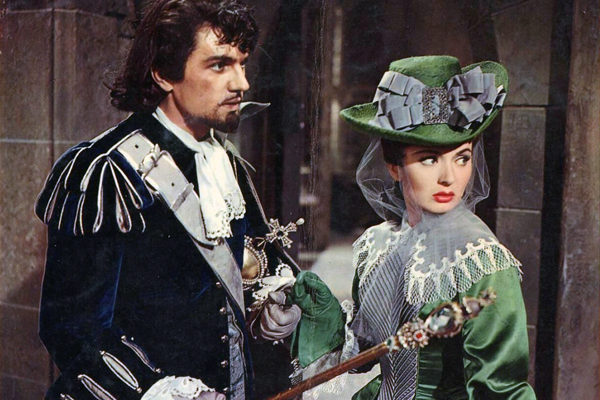 Proof that not all swashbuckling historical romances with costumes by Walter Plunkett are a good time. Set in Charles II’s England, there’s the requisite sword-fighting and fancy dresses, but it’s dull as bricks. — Trystan 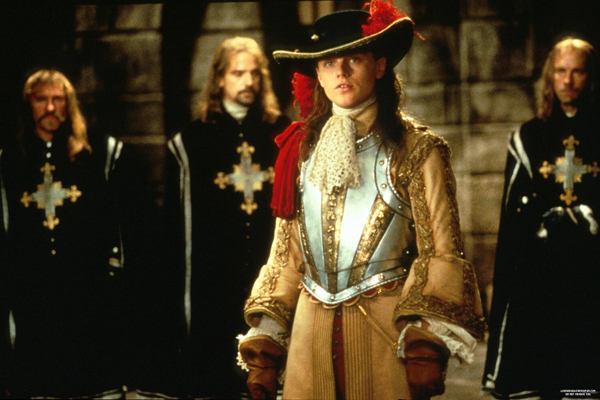 This movie is like fondant — really gorgeous to look at, but leaves a weird, sticky, plasticky taste in your mouth. Leonardo DiCaprio dials it in as King Louis and his twin bro, while a bunch of incredibly talented actors (Jeremy Irons, John Malkovich, Gerald Depardieu, Gabriel Byrne) are totally useless, as are the beautiful 17th-century costumes by James Acheson. — Trystan 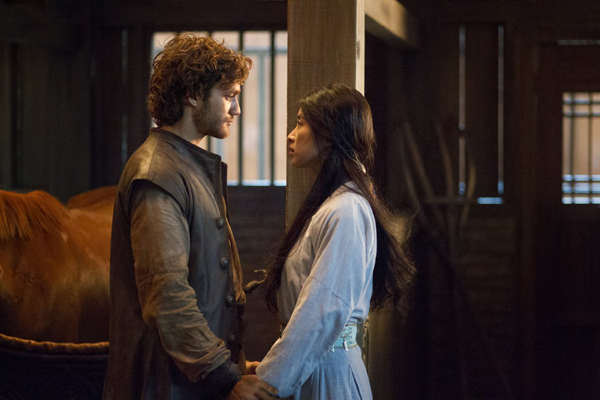 I wrote about this as an upcoming feature because there was so much buzz, and I wanted to give it a chance. And while the first episode was totally elaborate thanks to a massive budget, the story felt pretty unoriginal. Buh-bye. — Trystan 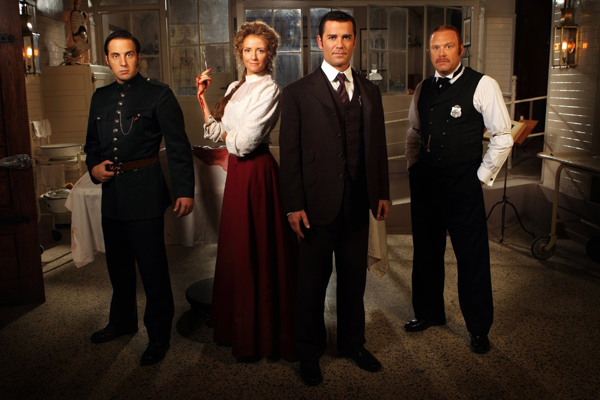 You guys love this one, I know. You’ve suggested it countless times here and on social media. I watched one episode, but I just don’t have anything to say about it because a) it’s a murder-mystery and that’s not my thing, and b) the costumes, while fine for the period, didn’t capture my attention. A thousand apologies! Surely there’s a Murdoch fan blogger out there who can satisfy you. — Trystan 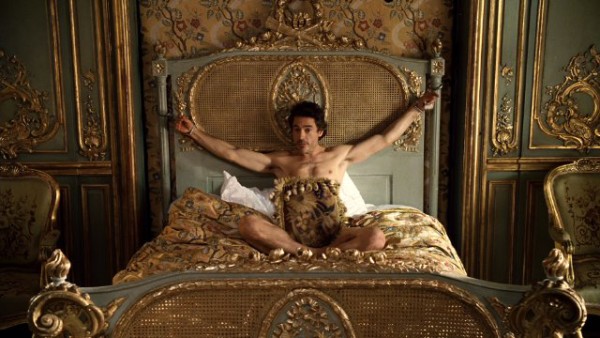 I know that this franchise’s fans are legion. I, too, love the shit out of a good Robert Downey, Jr. flick. And, to be honest, I enjoyed these quite a bit. But they veers too close to steampunk which is SO NOT MY THING. — Sarah

This photo shows the best costume in this movie, FWIW. — Trystan