Each of us at Frock Flicks HQ have access to Netflix, Amazon Prime, broadcast TV (including Turner Movie Classics), and even some, ehem, other sources to watch historical costume movies and TV shows. Hey, we can even see movies at the old-fashioned theater with live people ‘n stuff! So we spend a lot of time in front of a screen, attempting to watch our backlogged queue. Alas, not every flick set in the past is worth our time (though for ones we DO review, use the search box or menus to peruse the archives!). 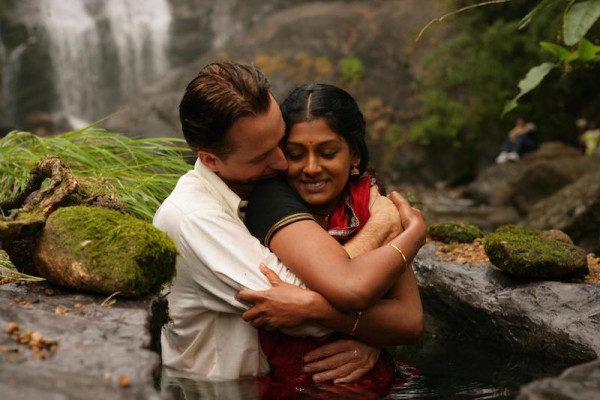 Linus Roache (Wings of the Dove) is a married British guy living in 1930s India who has an affair with a local Indian woman (the gorgeous Nandita Das); Jennifer Ehle (Pride and Prejudice) is his sometimes-away wife. Things don’t go well. Colonialists can be assholes. — Kendra 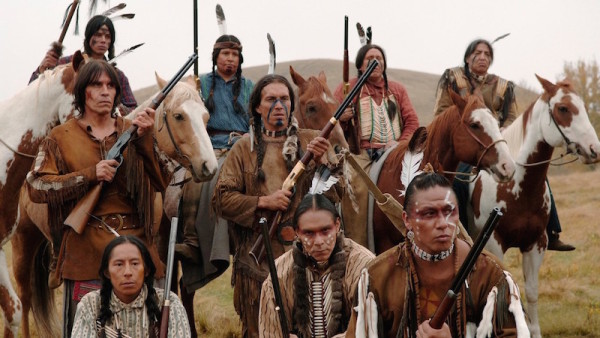 Semi-interesting look at the lead-up to and massacre at Wounded Knee, told from the perspective of a Native American doctor. Anna Paquin gets about two shiny bustle gowns before transitioning to frontier-wear. I appreciate the film for focusing on the Native perspective and for showing that some whites (misguidedly) saw reservations and forced integration as the only way to save Native peoples. Oh, and Aidan Quinn? Still hot. — Kendra 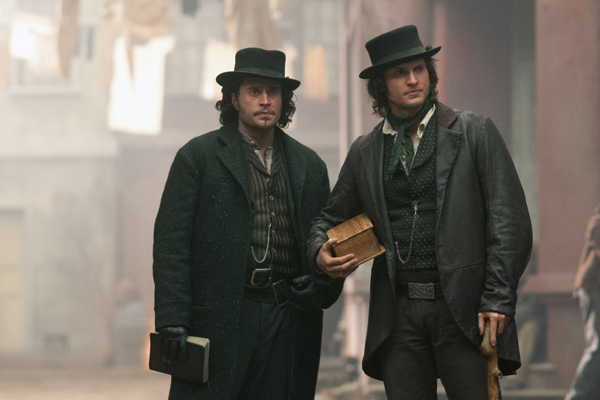 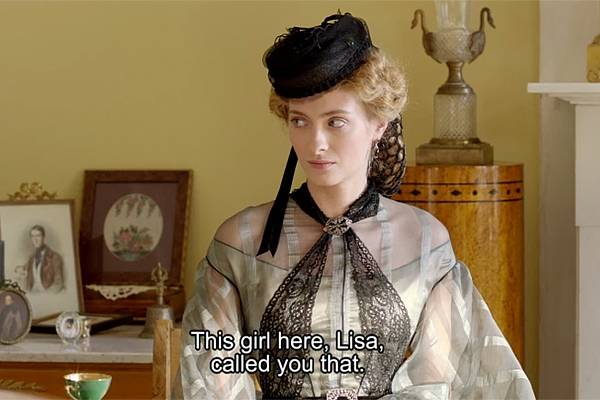 WT-ever-loving-F is this show about? I could deal with subtitles, but apparently Dostoyevsky is required reading beforehand, and the miniseries is already over four hours. Thanks for nothing, Amazon Prime. — Trystan 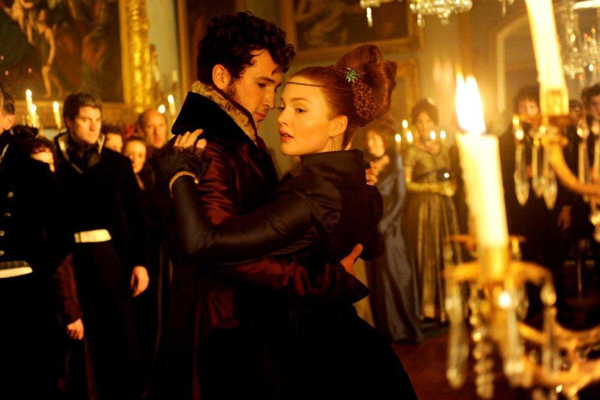 Even Helena Bonham Carter‘s OTT Miss Havisham can’t save this hot mess of Dickens (who, admittedly, is my absolute least favorite Victorian novelist ever, and I specialized in Victorian novels in grad school). — Trystan

I actually loved the costumes in this, so I’ll probably review it at some point! — Kendra 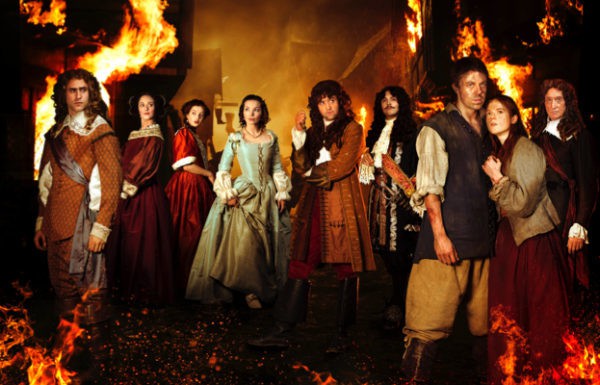 A four-part miniseries that’s more education than entertainment. It tries too hard to give “insight” into how the London fire of 1666 started and how people of different classes were effected, but semi-decent costuming (though a shocking lack of headgear) and a cast of British historical drama regulars can’t save this mediocre history lesson. — Trystan 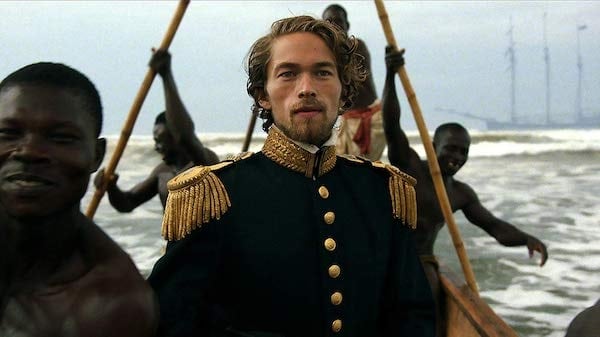 The fuck did I just watch? Guldkysten is a Danish film about an “idealist” botanist who goes to what was then the colony of Danish Guinea in 1836ish, thinks that all the indigenous people are simple but is still noble enough to be anti-slave trade (which had been banned in Denmark and its colonies since the 1790s), discovers slave trading going on and does something about it, sort of figures out that the indigenous people aren’t total idiots, and doesn’t end well. Why make a movie about colonialism and slavery in which there are no developed African characters? Why use a real historical person (botanist Wulff Joseph Wulff) who had a local (i.e., no legal/Christian ceremony) marriage with a mixed-race woman and fathered children, therefore obviously integrated into African society to some degree, only to rewrite him to be in lurve with some perfect Aryan blond back home? Why? There are a few pretty 1830s costumes on a missionary woman who has an impact on Wulff, and some lovely dreamy sequences from a cinematic angle, but that doesn’t compensate for making a movie in which the people who things really affect are just background. Fuck off. — Kendra 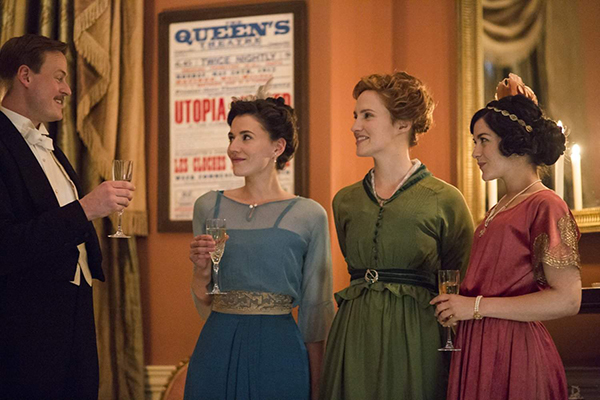 Ireland’s Easter Rising of 1916 as seen through the eyes of several women in a five-part miniseries. Seems like a GREAT idea, right? Close, but no cigar. The story borders between compelling (the essential parts women played in the uprising and how they were not treated as equals despite their contributions) and cliche (English boss knocks up his Irish secretary and unsuccessfully hides her from his snooty wife). At least the costumes are decent and not half so boring as they could be. — Trystan 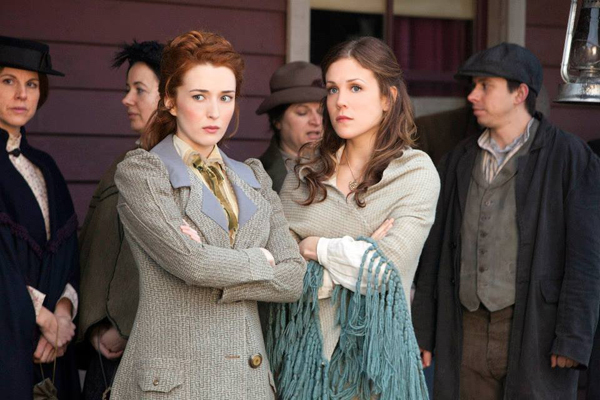 You’ve probably had Netflix recommend this to you too. Well, I fell on the grenade and can report that it has nothing but a goody-two-shoes, Little House on the Prairie, “family-friendly” story, with snoozy and not particularly accurate Victorian-esque costumes. I could find neither enough to snark nor enough to praise. If you’re over 14 and/or you swear like us, don’t bother adding to your queue. — Trystan