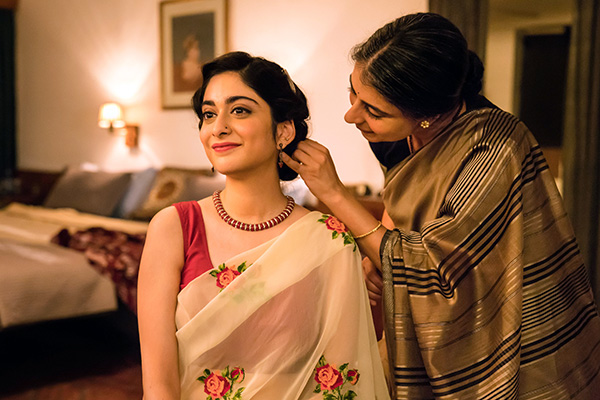 Based on a very popular book that I haven’t read, this ends up being just a bland little soap opera about the young adults from different families and how they figure out their love lives. Only made it through a few episodes but could TOTALLY tell how everything was going to sort out. Set in 1950s India, the costumes are sadly also bland, with a mix of saris, Jodhpuri suits, and Western clothes, most of it very simple. — Trystan 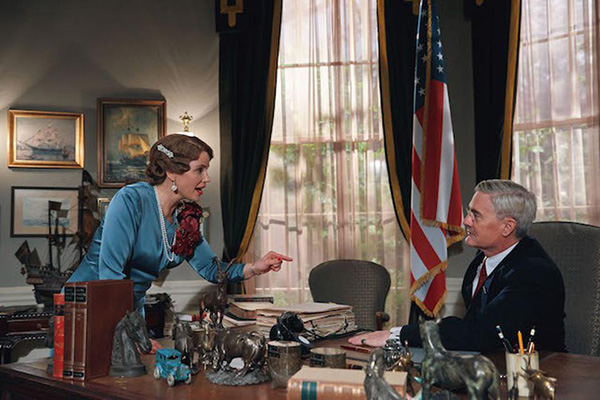 Oh PBS Masterpiece, when will you tire of this World War II kick? Sure, this one wasn’t as tedious as World on Fire (2019-). More consistently strong acting all around, plus the story wasn’t a cliched mishmash of WWII tropes. I feel like I learned something about the Norwegian royal family and their part in the war. Standard-issue nice 1940s costumes and uniforms though. — Trystan 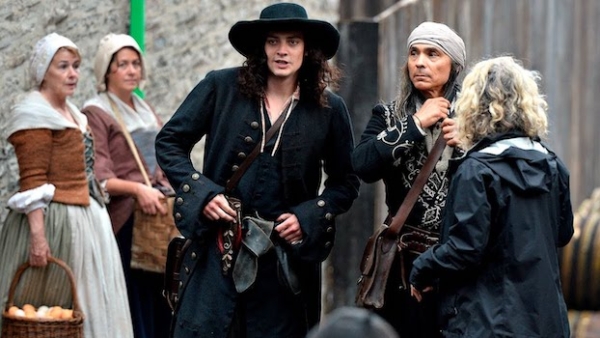 When will I learn? I’m fascinated by the real history behind Western European and indigenous encounters in the Americas, Australia, and more. I read books, watch documentaries, and listen to podcasts about this all the time. But every time I attempt one of these fictionalized stories, it’s all mud and dirt and dumpy renfaire bodices. This one is set in French Canada in the late 17th century. Dire. — Kendra 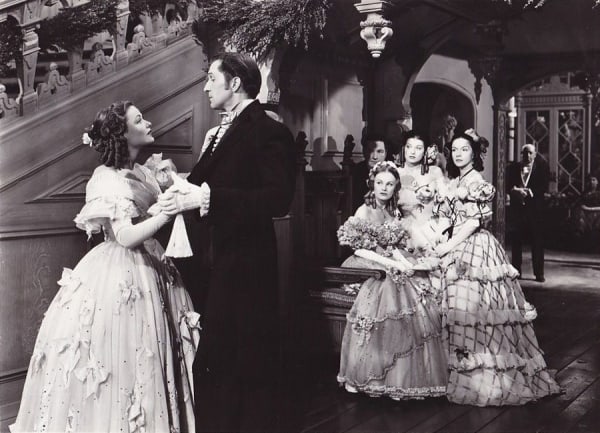 Vincent Price delivers one of his classic creepy performances in what is not actually a horror film. Set in the 1840s, this story of a psychotic landowner who kills one wife and marries a simple farm girl has an interesting backdrop of the feudal patroon system that lingered in the Hudson River valley. Costume designer René Hubert throws in a couple fluffy glamorous gowns, but not enough worth screencapping. — Trystan 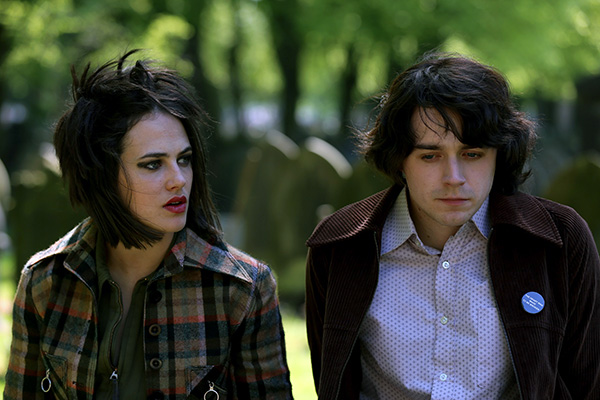 This biopic of Steven Patrick Morrissey, co-founder of The Smiths, is depressingly boring, not depressingly fun in that jangly, witty way the band’s music is. I guess you can see why he wanted to get out of 1970s Manchester, if it’s as dull as this flick. The only close to highlight is Jessica Brown Findlay as a punk feminist artist. — Trystan 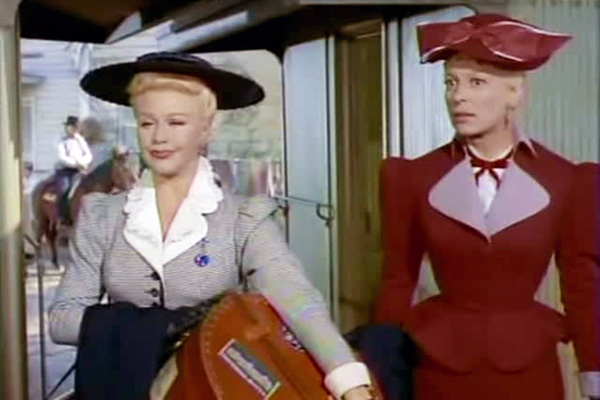 This is a rather adorable movie starring Ginger Rogers and Carol Channing as sassy women selling corsets in the Wild West frontier. It’s just as ridiculous as it sounds, and the costumes are very ’50s Victorian with “oooh corsets are sexy on dem pretty fillies!” type stuff.  — Trystan 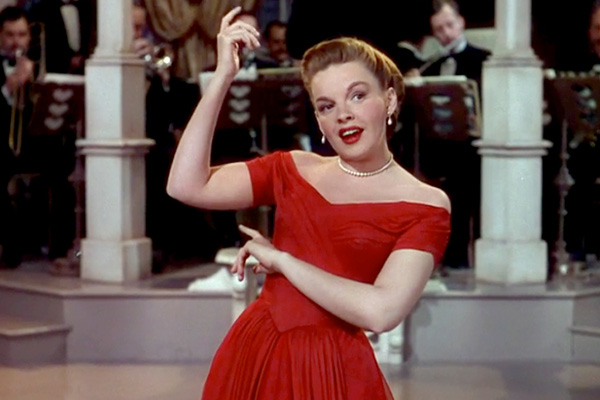 Not one of the best Judy Garland musicals. The story is limply based around cranky co-workers at a music store who are unknowingly pen-pal lovers. There’s one really good song, IMO, being “I Don’t Care,” and a bunch of unmemorable ones. The costumes are supposedly 1900s, but nothing stands out. — Trystan 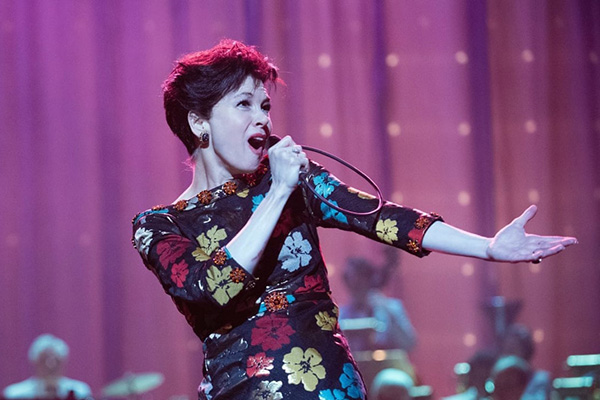 As a big fan of Judy Garland, I was prepared to be critical of Renée Zellweger in the lead, but she knocks it out of the park. She doesn’t necessarily look like Garland in her final days, but Zellweger has the attitude and brokenness combined with strength that make her believable in the role. Set during a short period of 1968, the costumes are spot-on recreations of what Garland wore for her performances of the time. Not much to review, but if you’re a fan, worth watching. — Trystan 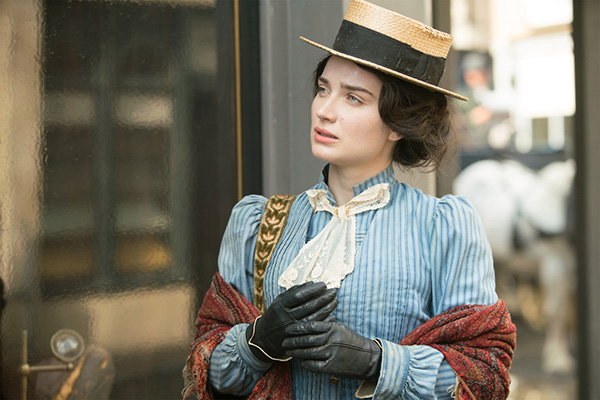 Wow is this tedious and apparently low-budget. Even the charms of Eva Green being all spooky and weird couldn’t make me watch another episode. Everything was dark and dull, and the characters (especially the main one) did dumb things. Costumes made little sense for 1860s, for their characters, or for a New Zealand mining town. Power to you if you stuck with it, I couldn’t! — Trystan 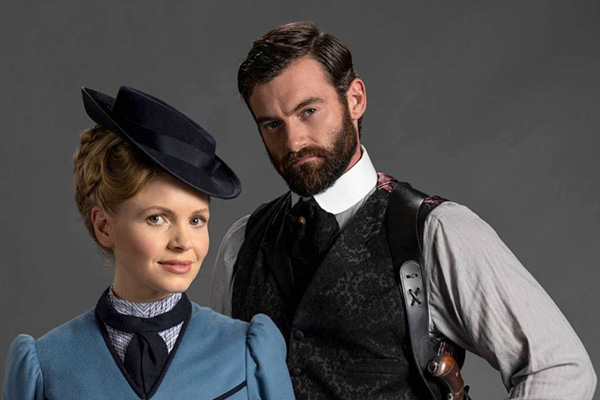 I know, I know, I’m not the audience for murder-mysteries, but dammit, they keep cranking them out and sticking them in historical costumes, so what the hell else am I supposed to watch? This one trots out a classic cliche and puts it in a corset: the plucky independent woman detective has to hook up with a man to front her business. Look, I already watched Remington Steele and Moonlighting in the ’80s, I’m out. — Trystan 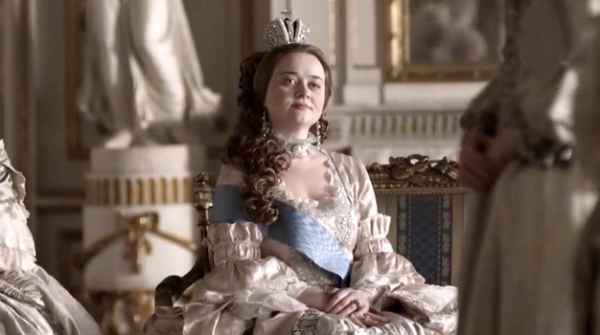 Having seen stills of this docudrama about the dynasty that ruled Russia from 1613-1917, and being a big fan of documentaries AND the Romanovs, I was eager to watch this sucker. The visuals were great, but the problem is the (English subtitled) Russian narration was literally: male narrator says two sentences; female narrator says two sentences; both rapid fire, with no breaks or real inflection or pauses or moments for dialogue or expert interviews or whatever. It just hit you over the head with FACT FACT FACT and gave you no time to absorb. I made it halfway through one episode! Too bad, because I like what I’ve seen of the costumes. — Kendra 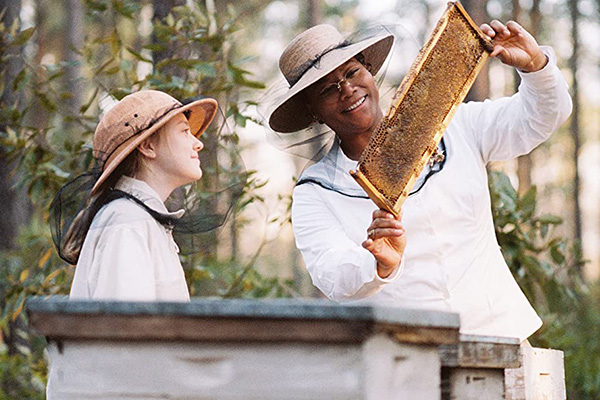 Set in the racist south of 1964, this story focuses on the cute little white girl who’s saved from her sad, complicated life by the mystical feminism of strong Black women. In spite of this glaringly cliched storyline, there are some good performances especially by Queen Latifah, Jennifer Hudson, and Alicia Keys. The costuming isn’t much to talk about, as per this setting. — Trystan 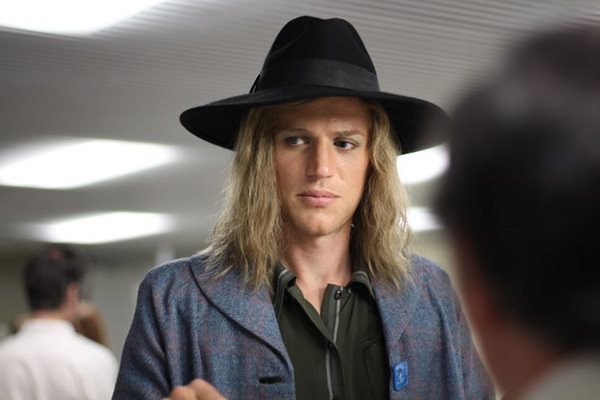 How can you make David Bowie boring? IDK, but this biopic succeeds! Looking at his first visit to the U.S. in 1971, the movie paints Bowie as dull, aimless, clueless, lacking confidence, and not even very stylish. That doesn’t track with anything extant about him. Also, the story didn’t go anywhere or have anything to say. — Trystan