Here at Frock Flicks HQ we have access to Netflix, Amazon Prime, Hulu, Starz, and some, ehem, other sources to watch historical costume movies and TV shows. Hey, we can even see movies at the old-fashioned theater sometimes! So we spend a lot of time in front of a screen, attempting to watch our endless queue. Alas, not every flick set in the past is worth our time (though for ones we DO review, use the search box or menus to peruse the archives!).

Here’s a little behind-the-scenes info: There are a lot of mediocre historical costume movies and TV shows out there! We’re not talking Snark Week-worthy travesties — we LURVE watching those. But some stuff is just made of meh. These are boring movies, the dull shows, the ones with just average costumes and stories that can’t even rise up to the level of camp entertainment. Or the ones that are mildly entertaining, maybe have ‘good-enough’ costuming, or are moderately snark-worthy, but we can’t be arsed to work up a sweat about it. 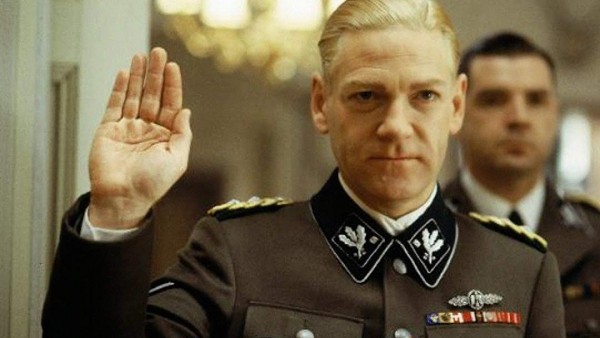 A super interesting look at the 1942 Wannsee Conference, at which top- and middle-level Nazi leaders planned the Holocaust … but beyond, what I assume, are well-done uniforms, there’s nothing costumey to analyze. — Kendra

I tried, people, I tried … to watch this long-delayed film about the late-19th-century struggle between Thomas Edison (Benedict Cumberbatch) and George Westinghouse over which technology and firm would power the US electrical grid. But it just was dark and draggy. Both men have wives who had very nice bustle wardrobes, but, since they were both dark brunettes, I kept confusing them. I was on a plane, and I got sucked into my seatmate’s sci-fi movie, and that was that. — Kendra 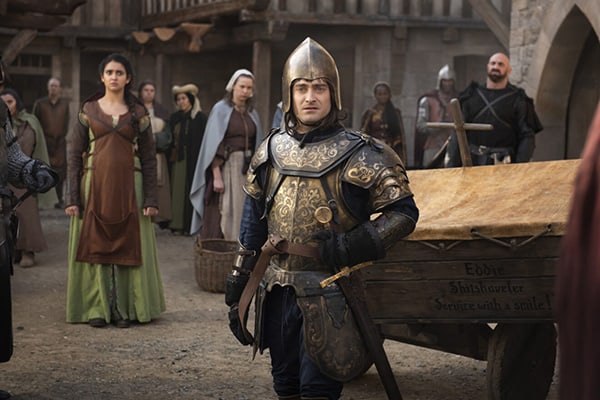 Apparently it’s the second season of some show about low-level angels with some kind of mission on Earth (?), IDK, but this season is set in ye olde medieval times. Daniel Radcliffe (yes, Harry Potter!) is a goofy prince whose dad is a blood-thirsty tyrant. Then there’s a girl who doesn’t want to be a shit-shoveler like her dad (Steve Buscemi). The costumes are intentionally goofy AF. Watch with cocktails. — Trystan 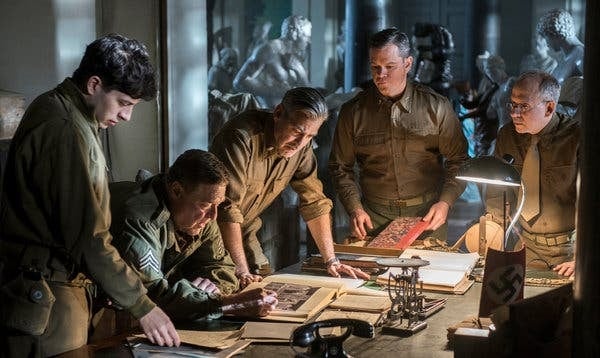 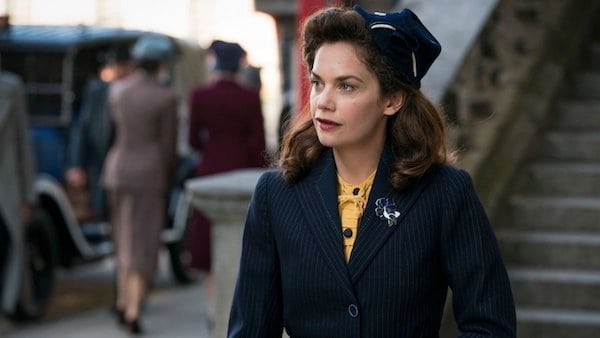 This was a FASCINATING miniseries, but just not terribly shiny in the costume department. Actress Ruth Wilson plays her own real-life grandmother, who finds out she isn’t the only Mrs. Wilson after her husband dies. I don’t want to give away any of the plot, because it’s EDGE-OF-THE-SEAT interesting, in a small-scale, human way. WATCH IT! Set in the 1960s, with flashbacks to earlier periods. — Kendra 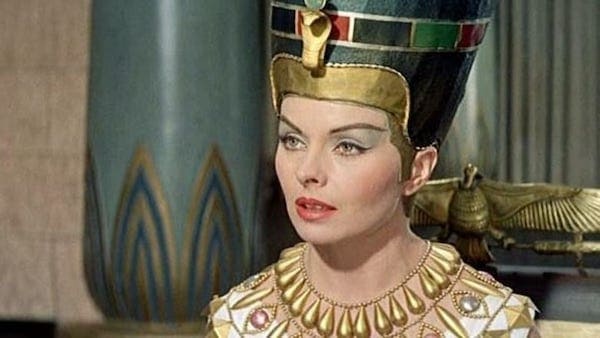 Truly DIRE early 1960s Italian movie purportedly set in ancient Egypt and purportedly about the Egyptian queen. The opening is about 15 minutes of dimly shot, day-for-night on low-quality film stock, and I have no idea when Nefertiti shows up because I ditched out at that point. I had signed up for shlock, but I was hoping for shlock I could actually SEE. — Kendra 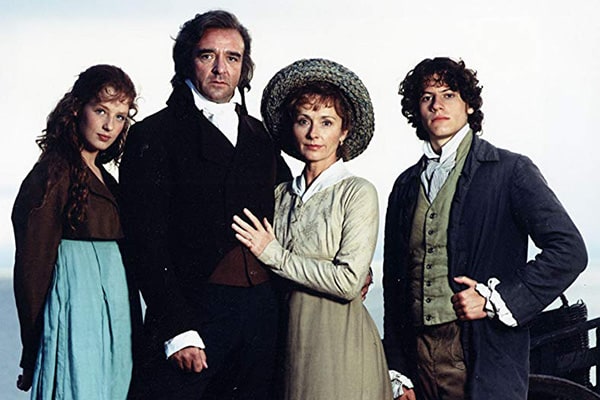 I was hoping this would be terrifically bad so I could use it for Snark Week. Alas, this TV movie was just boring, and the costumes were just so-so. The story is more about the later books with Poldark and Demezla’s kids as sassy teens / adults, but everyone is predicable and it’s just a snoozy mess. — Trystan 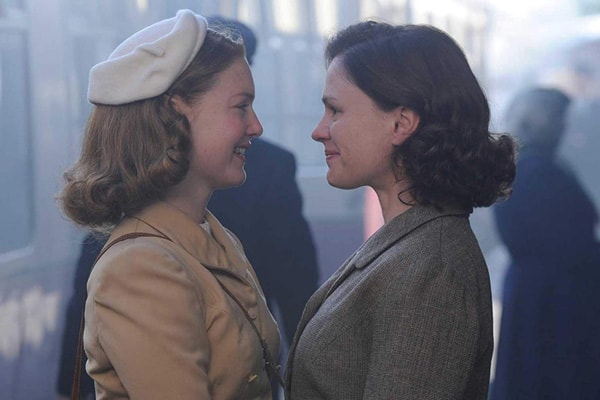 Set in a small, dour, Scottish town in 1952, this flick doesn’t have much going in terms of costume content. And while the story is a slow burn, it does get interesting as a young mother (Holliday Grainger) falls in love with the town’s doctor (Anna Paquin). Along with their sweet romance is an interesting side-look at women’s medical care in the period. — Trystan 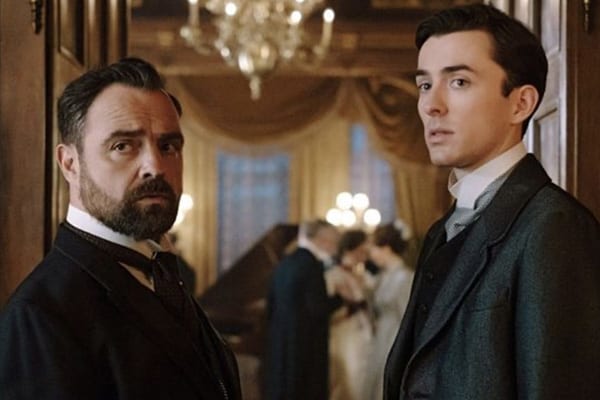 This murder-mystery series set around 1900 in Vienna has attractive costumes and settings, but I’m totally not the right audience for this. I just stumbled across a few eps because they came after the other Masterpiece shows on PBS. — Trystan 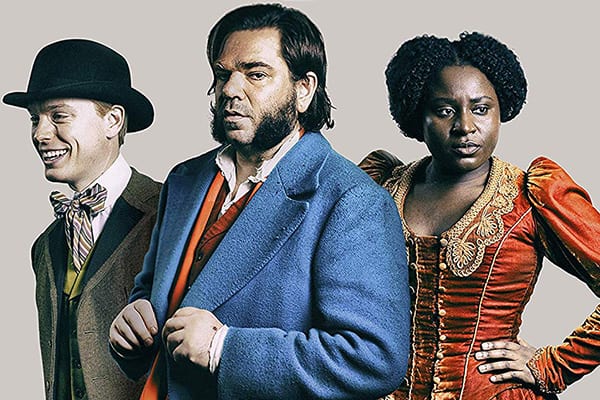 Funny little murder-mystery series set in late Victorian London — it aired in the U.K. in 2019 and then popped up on BBC America and IFC in the U.S. in early 2020. Not much to talk about in regards to costumes because it’s dark and dirty East End stuff. The characters are enjoyably foul-mouthed and story isn’t entirely predictable. If you can find the show, it’s a nice diversion, and apparently a second season is in the works. — Trystan