With seemingly endless hours of historical costume movies and TV shows on Netflix, Hulu, Amazon Prime, broadcast TV, actual movie theaters, etc., we spend a whole lot of time in front of screens, trying to get through our backlog. Alas, not every production set in the past is worth our time (though for ones we DO review, use the search box or menus to peruse the archives!).

Here’s a little behind-the-scenes info: There are some really boring historical costume movies and TV shows out there! We’re not talking Snark Week-worthy travesties — we LURVE watching those. But some stuff is too dull to bother with. Here are the snoozy movies, the weaksauce shows, the stories that don’t even rise up to being hilariously bad. Or the ones that are mildly entertainingy, maybe have OK costuming, or are moderately snark-worthy, but we can’t be arsed to work up a sweat about it. And this time, we ran across a lot of World War II-era stuff that had zero interesting costuming content to discuss!

Thus, here is our occasional series with simple one-line reviews of things we’ve tried to watch but just don’t care enough about to write a whole blog post or podcast. Your mileage may vary. 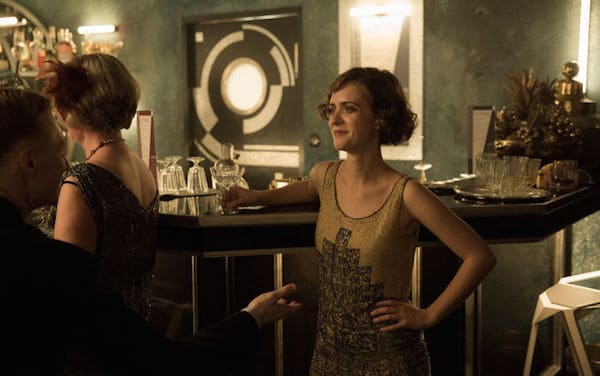 A German-language TV series that premiered on Netflix. With a title like that, I was hoping for sparkle and champagne. Instead, it’s gritty and dark. In 1929 Berlin, a policeman is on the hunt for some blackmailers, while a young working-class woman is trying to scrape by involving some nightclub shenanigans, while Russian emigrés are plotting (and being cross-dressing performers). Definitely worth checking out, but the costumes are mostly too-everyday to bother reviewing in detail. — Kendra 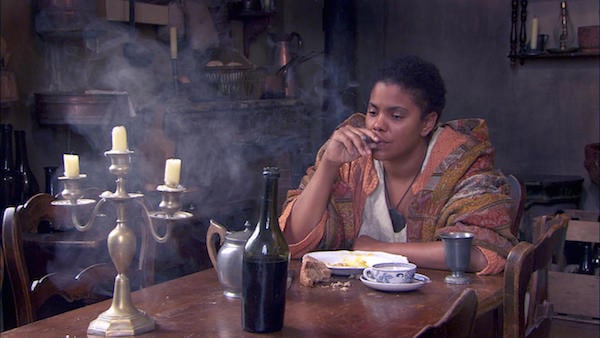 The story of Sarah Baartman, the so-called “Hottentot Venus,” a Khoikhoi woman (from modern-day South Africa) who was exhibited as a savage in 1810s England and France. It’s a REALLY great movie — the lead actress (Yahima Torres) gives a heartwrenching yet subtle performance that shows just how dehumanizing the whole thing was. The history is mish-mashed a bit, but probably mostly to streamline a few things. I’d write a longer review, but it’s not costumey — aside from the occasional showy bonnet, Sarah’s wardrobe is there to be realistic and everyday, and the only shiny stuff is on extras in the performance scenes. I will say there was not a corset to be seen on ANY female except her sometime co-performer Jeanne, who wore a super modern black leather fetish-y corset during performances. The movie is in a mixture of English, French, and Afrikaans, and you can find an English-subtitled version on YouTube. — Kendra 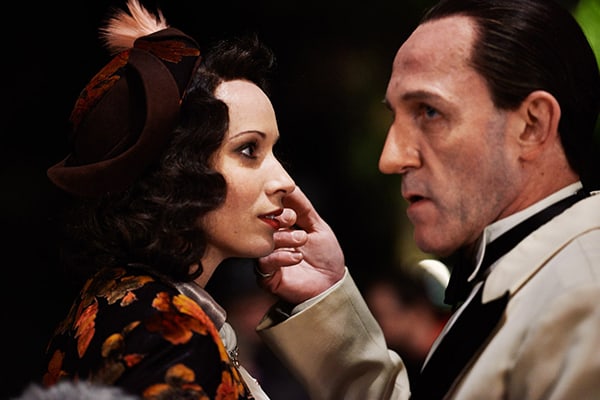 This film is based on the actual story of Czech-Austrian actress Lída Baarová who was the mistress of Joseph Goebbels, Hitler’s propaganda minister during World War II. It’s told in flashback with Baarová as a cranky old lady, unapologetic for her Nazi connections, which is both interesting and uncomfortable to watch. A little bit of 1930s-1940s costume content, but also a lot of fucking Nazis and Nazi fucking. — Trystan 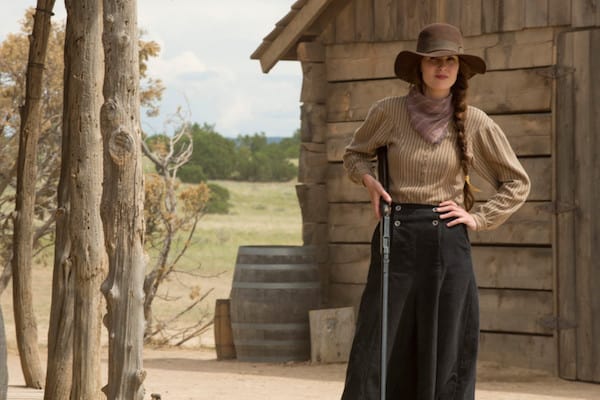 Michelle Dockery (Lady Mary from Downton Abbey) stars in this Netflix miniseries about a town missing most of its men in the Old West (late 1880s/early 1890s Colorado, to be specific). I only made it through 1.5 episodes, and what I can tell you is it seems like a quality production that would be interesting so long as you’re not looking for costume content. There are various outlaws and Important Themes and its well-acted. Just, what you see above is about as exciting as it gets, wardrobe-wise! Also, send them a shipment of hairpins, stat. — Kendra 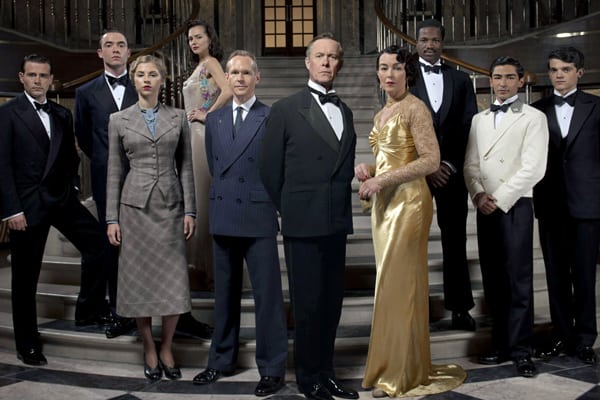 Goings-on between upper-class patrons and lower-class workers at a posh 1940s London hotel during the Blitz. The storylines are nothing we haven’t seen many, many times before, so no surprise the series was canceled after one season. Watch only if you’re super into the period and sick on the couch one afternoon. — Trystan 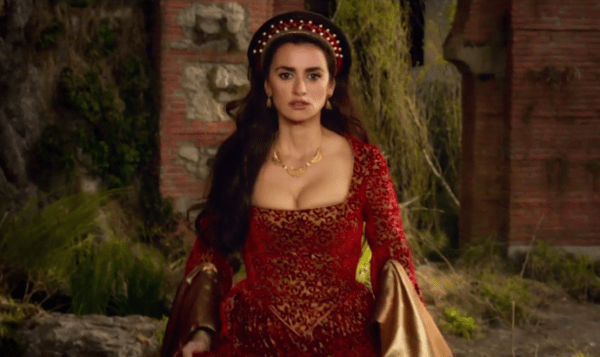 Not a bad movie — it’s laugh-out-loud hilarious at times. But there is a male rape scene (not explicit) that’s treated as a joke, which is highly problematic. And as a costume movie, well, it’s set in the 1950s shooting a film about Isabella I of Castile, so there’s zero historical accuracy when it comes to Spanish renaissance clothing. But it’s a decent representation of what a 1950s historical movie might do. — Trystan 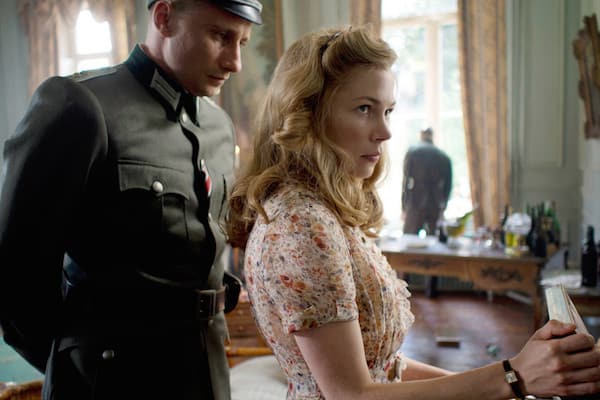 Michelle Williams is a randomly British-accented Frenchwoman living with her overbearing mother-in-law (Kristin Scott Thomas) while her husband is away fighting in World War II. A German soldier (Matthias Schoenaerts) is billeted with her, and the two are drawn to each other, but the realities of war complicate things. It’s not perfect, but the acting from the leads is great, and seeing what life was like under occupation is fascinating. The costumes (by Michael O’Connor) were very well done, spanning the class spectrum, although not flashy. AMAZING HATS, though! — Kendra 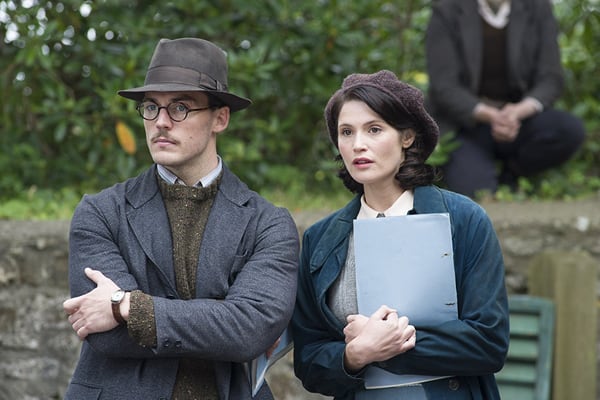 This World War II period flick has a sweet little story that doesn’t always go exactly where you think it will, and I give it props for that. But the movie still isn’t earth-shaking on either the comedy or drama scale. Also, the costumes are standard-issue 1940s wartime gear. A mildly amusing way to pass 117 minutes (I watched it on an long plane trip), but there isn’t enough for me to review here. — Trystan