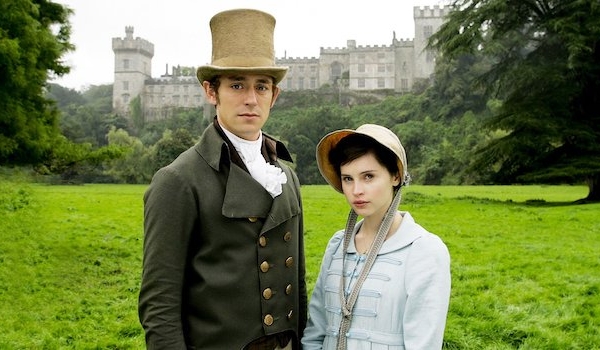 One of three ITV (UK TV) Austen adaptations, I liked this one the best, probably because the only thing I can compare it with is the 1986 version reviewed below. Felicity Jones worked really well as Catherine, and I loooooved JJ Field as the charming Henry Tilney (swoon)! Almost all of the casting worked really well. There were a few off notes, such as Isabella Thorpe REALLY flirting, in a very sexual way, with some men at the pump rooms which had me raising my eyebrows. There was a bit too much of Catherine saying, “Northanger Abbey?” in a wide-eyed “Who me?” sort of way, but I liked it nonetheless! The costuming was quite nice, from what I remember (need to rewatch it to refresh my memory!).