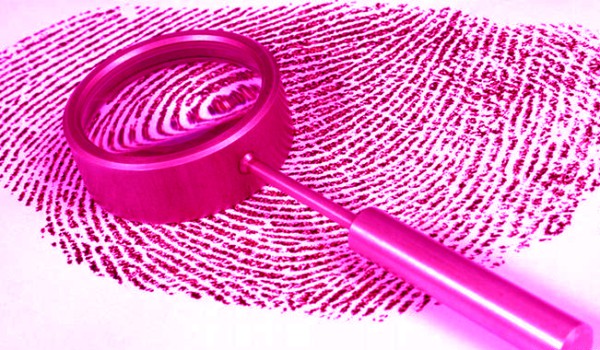 About 80 zillion historical costume TV series are murder mysteries, and I dislike most of them. Sherlock Holmes, Agatha Christie’s Poirot and Miss Marple, Lord Peter Wimsey, William Murdoch, etc., etc., none of them hold my interest, despite often meticulously recreated historical costumes and settings.

There are a few exceptions. Kind of. I enjoyed Miss Fisher’s Murder Mysteries (2012-2015), though I didn’t finish all three seasons (OK, so maybe it didn’t hold my interest very long). I really enjoyed The Bletchley Circle (2012-2014) — more because the series showed women trying to be independent in post-WWII Britain than because of the mysteries they solved. I liked Death Comes to Pemberley (2013) mostly for the continuation of Pride and Prejudice than for the mystery attached. I watched a few episodes of Mrs. Bradley Mysteries (1998) purely for Diana Rigg’s sassiness (also, great hats). Mystère à la Tour Eiffel (2017) was a great lesbian historical movie, and oh yeah, it’s a mystery, so there’s that. And if push comes to shove, I don’t mind Jeremey Brett as Sherlock, but I can only last for a few eps. Yeah, that was all pretty back-handed, I admit.

What’s my deal with mysteries? Let’s dig into it.

Murder-mystery stories can be predictable

Most mystery TV shows are an hour long (minus commercials, where applicable), and the mystery is laid out in the first few minutes of the show and solved in less than 60 minutes. It feels so trite and simplistic. Everything depends on one super-sleuth who pieces together a bunch of little clues that only he / she has the amazing insight to discover. Sherlock Holmes is the first and foremost example of this, he set the pattern, and everyone followed his lead. I’m not impressed — I’m incredulous.

It takes actual detectives months or years to solve crimes, and they don’t always do it alone. Yeah, yeah, all TV shows and movies are condensed and fictionalized, but the murder-mystery genre feels like the worst offender IMO.

Let’s face it, this is a formulaic genre. Every episode of every murder-mystery series goes like this: murder is discovered, detective gathers clues, witnesses and suspects are interviewed, insert misdirection / false suspect, then chase of real killer, and detective solves the case. The whole thing is livened up by whatever personal quirks the detective and his or her companions have.

For example, Agatha Christie’s books have been analyzed and found to be very consistent in length, number of characters, word choice, and plot layout. According details found in the ITV documentary The Agatha Christie Code:

“All of her books are very similar in style, using the same number of letters in a word on average, and approximately same number of words in a sentence. This is true for books written at the beginning of her career as well as books at the end of her career; it was as if she found a successful formula which captivated her readers and stuck with it.”

Also, why do so many murders happen in the near vicinity of certain super-sleuths? Fictional Cabot Cove, Maine, setting for (not-historical) Murder She Wrote, was calculated to have the highest murder rate in the world, according to statisticians at the Open University, U.K. Other popular mystery shows had ridiculously high murder rates as well, with one or two murders per episode, often in the same small towns.

Even when the murders take place in a big city, like London or New York, why is it just the one detective who’s solving these exotic cases? There are no other decent detectives available in said major world city? Not a single one, huh? That’s some ego right there.

Look at everyone’s fave Miss Fisher. She lives in 1920s Melbourne, Australia’s capital city at the time. It had a population of 103,251 in 1921, yet crime had been going down for decades and was at only 0.9 violent offenses per thousand people in 1929. Even if I could get past the super-low crime rate, why or how is Phryne the only one in the city solving those few crimes? My suspension of disbelief is stretched way too thin for this.

The historical costumes look the same after a while

Murder-mystery TV series revolve around one central character, a professional or amateur detective, and maybe his / her helpers. The main cast is limited, but regular, and the setting rarely changes except for special events. Once everyone’s been established and the historical period and social class(es) are visually set, there’s very little change. The detective (and any helper characters) rarely have their own development arcs that are expressed visually in costume.

The only costume changes come from any excursions the detective takes outside homebase or from any of the murder victims and suspects. This might be interesting, on occasion — and I’ll note that Miss Fisher is one show to make a point of giving Phryne excuses to attend all kinds of crazy events and go different places just to liven things up. But in general, the murder-mystery TV series stays put in town and lets the murder come to it.

This is where the big-screen movie mysteries have a real advantage. Take someting like Death on the Nile (1978), which goes TO TOWN on the costumes because a) they clearly had the budget and, more importantly b) the story is about Brits going on holiday, it’s not ‘detective lives in Town X.’

TV, in particular, doesn’t know when to stop with a murder mystery series. David Suchet played Hurcule Poirot in Agatha Christie’s Poirot from 1989 to 2013 with 70 episodes. He’s been the most prolific, but he’s not the only one. Ian Holm and Alfred Molina each played the character on TV, and Peter Ustinov, Albert Finney, among others, and now Kenneth Branagh, have played Poirot on the big screen. Enough already!

But no detective has been remade more times than Sherlock Holmes — he’s the “most-portrayed movie character” in the world according to the Guinness Book of World Records. Not counting the modernized versions (hi, Benedict Cumberbatch), there’s still Basil Rathbone, Peter Cushing, Christopher Lee, Tom Baker, Michael Caine, Jeremy Brett, Rupert Everett, Robert Downey Jr., Ian McKellen, and next up, Will Ferrell (yes, historical). Do we really need more of the same?

It’s the exact same character and the exact same stories. I guess it’s “new” when they’re made modern, but then that’s out of our purview at Frock Flicks. So I go back to this is me, ignoring vast numbers of historical costume movies and TV series because they’re the same old repetitive murder-mysteries.

Anyone with me? Or are you a fan of historical mystery shows?