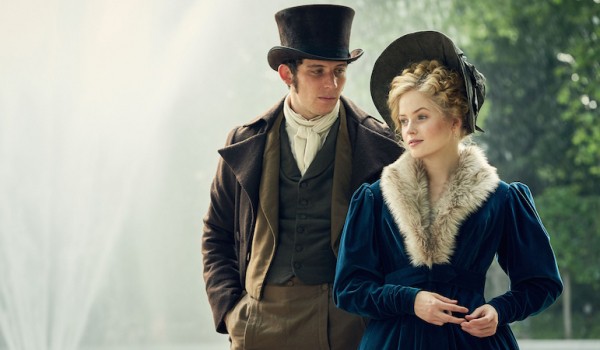 Time to see what’s coming up in the new year! Dates are for U.S. release, and you can always check our Upcoming Movies page for more.

Escaping the Madhouse: The Nellie Bly Story (Jan. 19 on Lifetime)

Christina Ricci stars in a TV movie as the 19th-century journalist who exposed mistreatment of asylum patients in New York. Costumes by Joanna Syrokomla.

The ABC Murders (Feb. 1 on Amazon)

A British woman (Keira Knightley) joins her husband in Hamburg in the immediate aftermath of WWII. Costumes by Bojana Nikitovic.

“A young elephant, whose oversized ears enable him to fly, helps save a struggling circus. But when the circus plans a new venture, Dumbo and his friends discover dark secrets beneath its shiny veneer.” If Kendra watches this, she will cry. Costumes by Colleen Atwood.

A mid-century woman finds out her recently deceased husband was a bigamist. Costumes by Lorna Marie Mugan.

“A drama based on events surrounding the 1819 Peterloo Massacre where British forces fired on a peaceful pro-democracy rally in Manchester.” Costumes by Jacqueline Durran.

The Crawley clan are coming to the big screen!

The story of the first same-sex marriage in Spain to take place after the Roman Imperial era, which occurred on June 8, 1901. Costumes by Mercè Paloma.

Another Philippa Fucking Gregory TV miniseries adaption on Starz, this one’s about Catherine of Aragon. Costumes by Phoebe de Gaye.

Which historical costume film/series are you most excited about?