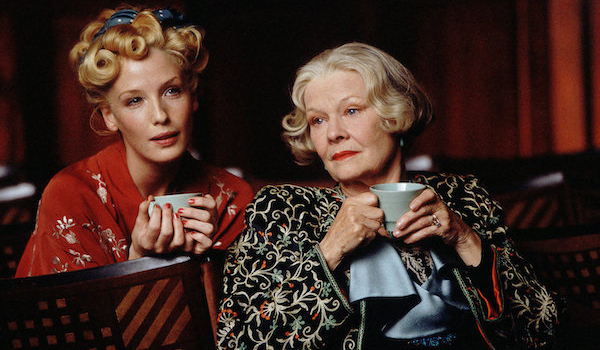 Judi Dench stars as the title character, an eccentric (aren’t they always?) rich widow who buys a theater in late 1930s London. She hires Bob Hoskins to manage the theater. Over the course of the war they end up turning the theater into a nude revue. The story focuses on the relationship between the title characters, as well as the show performers. It’s cute and entertaining, and Dench brings some real feeling to her role — but it is definitely aimed at the mum crowd (not that that’s a bad thing! My mother loved it!). Designer Sandy Powell’s costuming is, as always, stunning, with really great pre-war and wartime styles (Dench’s well-to-do late 1930s wear is particularly stunning, and I’m always a sucker for 1940s hairstyles).