It’s Election Day here in the states, and all, so let’s take a little look at some of the films dealing with our founding fathers from the last fifty years (alliteration ftw). 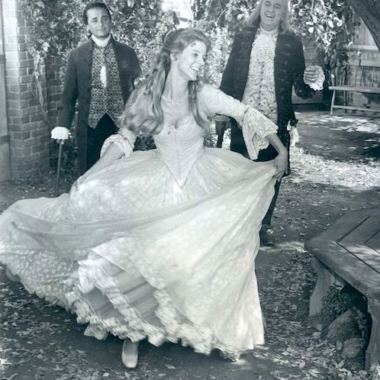 Fabulous hats and hair in this film. Staring Nick Nolte, Gwyneth Paltrow, and Thandie Newton. Costumes by Jenny Beavan and John Bright. 18th Century Blog has a ton of screencaps to drool over. 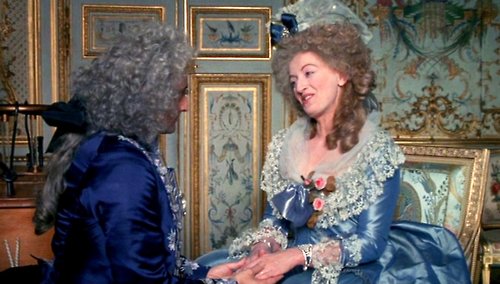 Entire books could be devoted to Mel Gibson’s masturbatory theater performance in this film. Notable for Heath Ledger proving to the movie going public that he was a talented actor not just another pretty face, and Jason Isaacs as Col. William Tavington, aka the Sexy British Villain To End All Sexy British Villains. Seriously, almost every 18th century themed movie that’s come out since has had some bad guy trying to emulate Isaacs’ performance in The Patriot. Joley Richardson is in it, too, but I can’t recall a whole lot about her role since the vast majority of the movie is devoted to the homoerotic tension between Gibson’s and Issacs’ characters. Costumes by Deborah Lynn Scott. 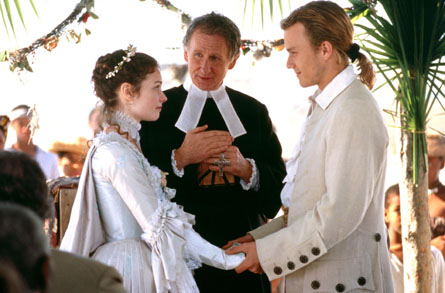 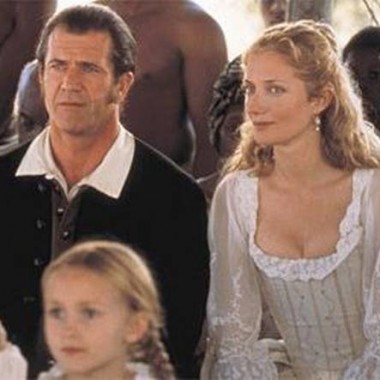 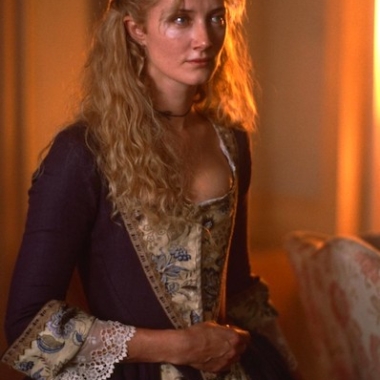 Staring Paul Giamati and Laura Linney as John and Abigail Adams, this miniseries was hailed for its attention to historical detail in the telling of the Adamses rise as America’s first power couple. The film covers fifty years of their lives together, from the beginnings of the American Revolution to their golden years as elder statesman and wife. The first few episodes are largely “meh” in terms of interesting costuming, as the Adamses start out their lives in a comfortable plebeian existence in Boston. The more interesting costuming comes later in the series as they ascend the social ranks and become the second POTUS and FLOTUS of our brand new nation. Costumes by Donna Zakowska, who also designed the outfits in Original Sin. Now, if you’re in the states, go out and vote if you haven’t already! Don’t make me sic Jason Isaacs on you.